All Resident Evil Movies, Ranked From Worst to Best

Riding the high horse of fame, Milla Jovovich is widely known for playing Alice in the world-famous Resident Evil series. The movie Resident Evil (2002) essentially jumpstarted the cinematic career of the Russian actress and gave her the much needed international acclaim. Based on the renowned PC Game series of the same name, Resident Evil franchise has garnered a small fortune by exploiting the zombie and slasher genre. 15 years down the line, we realize Resident Evil has become a sort of cult classic. And as faithful critics, we couldn’t help but rank the six movies in the series for our fans. For you, this is a list of the Resident Evil films raked in order of worst to best. Cheers.

Alice and her team of misfits are right where we left her the last time: dodging a rain of bullets and hailstorm of grenades. After getting captured by Jill Valentine -her former ally- Alice and the remaining survivors are taken to a testing facility. To escape, she must team up with Wesker and his top henchmen Ada Wong. Setting aside her past differences, Alice must grapple with the virtual reality around her and find out who’s running the new Umbrella corporation. One of the lesser appreciated movies of the franchise, this one saw the first of iconic Resident Evil characters Leone and Ada Wong. 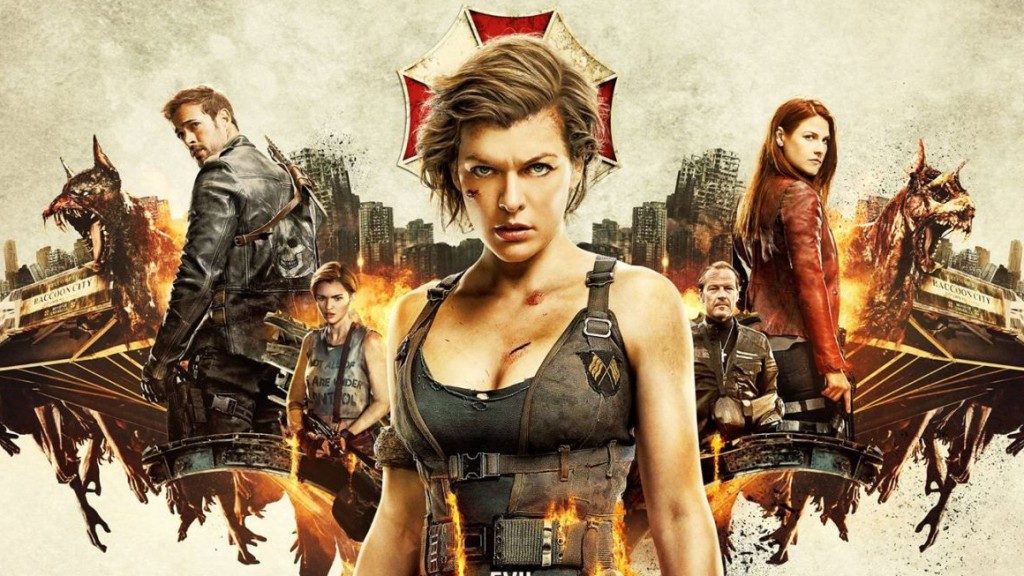 In this highly anticipated last part of the Resident Evil series, Alice must fight her way into the HIVE of Raccoon city which she yearned to escape in the first part. The story comes full circle with Alice knowing the true origins of her life and what she must do to totally eradicate all of the traces of T-Virus from Earth’s atmosphere. With all the old band together she boldly marches into the HIVE to put an end to Wesker’s evil intentions. It’s not as good as the other ones but still ties a good bow around the whole storyline.

There are not one but two Alice in this one. Nice right? Although not as great as the preceding movies, Afterlife sets a good premise for the next two films and manages to stand up to the worth of the franchise. As far as the plot goes, battling her demons and loss of her powers at the hands of Wesker, Alice is trying to get to the safe haven called Arcadia. When she reaches Los Angeles, she is told by a short band of survivors that Arcadia is a ship which contains many survivors. However, when the group arrives at the Arcadia, it turns out to be a trap by Wesker to lure Alice out and kill her for good. 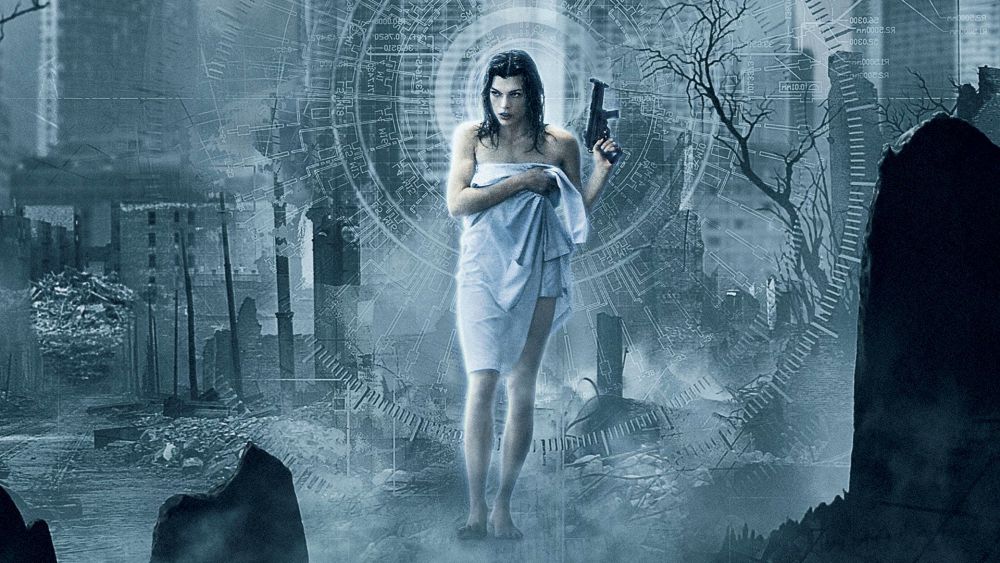 Alice and Matt have successfully escaped the HIVE and now long to be together in a world free of their nightmares. But will that be possible? Stepping out of the HIVE into open air, they realize that the problem has spread to the entire Raccoon city. Once again they will have to find their way out of a horde of flesh-hungry zombies. Saving a little girl on the way to the only escape route in the city, Alice will not only have to fight her reckoning but also her past. 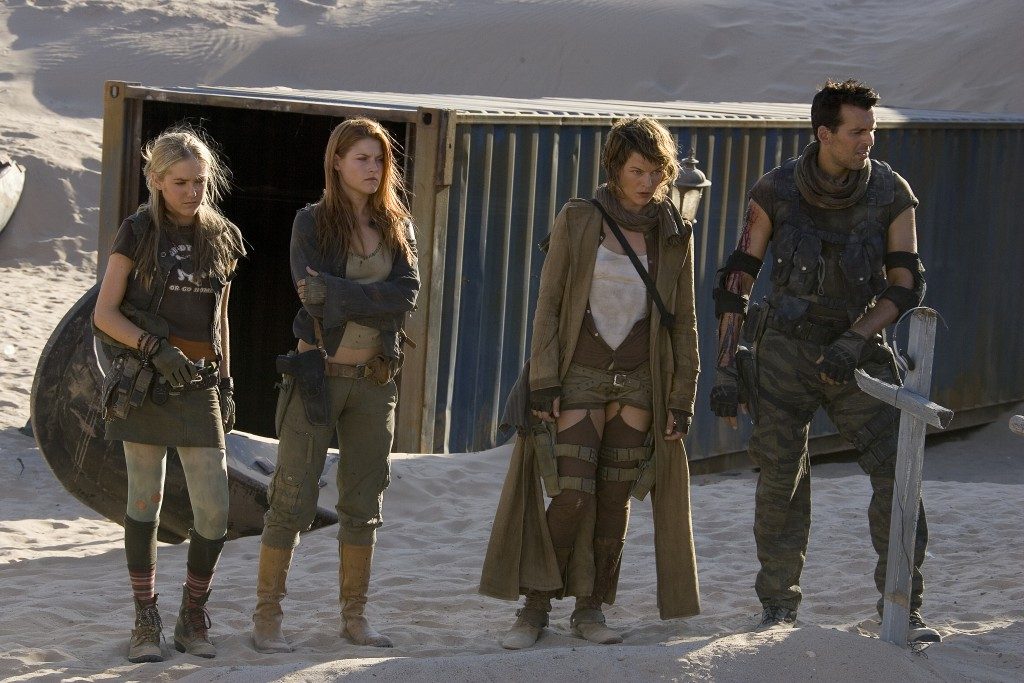 Turned homeless and soon to be species-less by the outburst of T-Virus onto the entire world, Alice is searching for a safe haven in Alaska, where there are rumors of survivors and a place devoid of the virus. Realizing slowly the extent of her powers and ability to resist the infection she is searching for a way to get to her destination. On the way, she bumps into some old and new friends, survivors like her who are intrigued by the idea of a safe-haven. Are the rumors true or is it just an elaborate scheme to capture Alice – the key to it all? 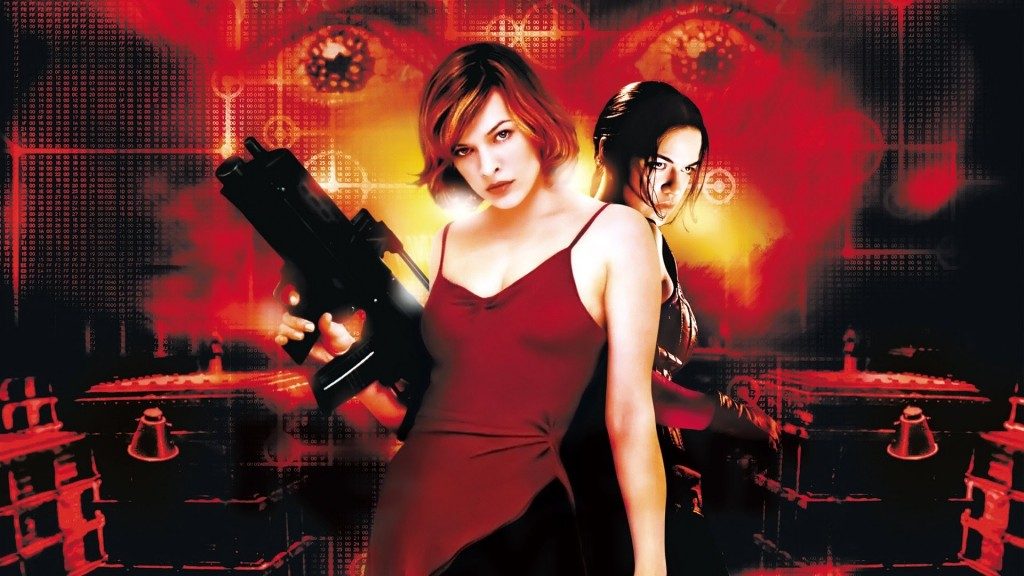 The best of the lot is always the first one. Or so they say. Well, the rumor chain is right for the first time. The first part of the Resident Evil series surpasses them all and for a good reason. Symbolizing a pseudo-revival of the zombie genre with much more to offer than the slog walking and mind-numbing screams, this movie has given us the iconic character of Alice. Milla Jovovich has perhaps made an entire career out of this one film and of course, the subsequent ones. Consisting of many juicy plotlines, Resident Evil tells about how the T-virus got loose in a research facility called HIVE in Raccoon city. Other than focusing on the virus that would soon take over the earth and turn people into mindless living-dead, it also introduces the pivotal character of Alice: the key to everything happening in the lab. Struck by memory loss, Alice has to find out what exactly happened in Raccoon city and how is she connected to all of it. A great movie of the zombie genre, this is our cheery on the cake.