When Will Restaurant Impossible Season 17 Release? 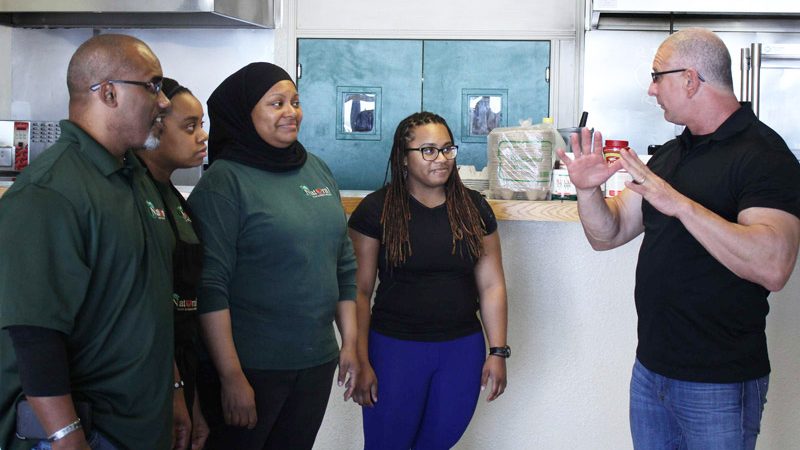 ‘Restaurant Impossible’ is a reality show that airs on Food Network. The series is presented by restaurateur and chef Robert Irvine who tries to renovate failing restaurants into thriving businesses with some money and a lot of creative ideas. Both Irvine and the show have received a lot of love from audiences since its inception, and this is the reason the series was rebooted in 2019 after a hiatus of three years.

Restaurant: Impossible Season 17 Release Date: When Will it Premiere?

Almost instantly after season 16’s conclusion, Food Network announced in April 2020 that the show has been renewed for its 17th edition. ‘Restaurant: Impossible’ season 17 premieres on May 14, 2o2o, at 9 pm ET/PT.

Famous chef and restauranteur Robert Irvine has hosted the show since its inception in 2011 and he is making a comeback in season 17 as well. Besides his business, Irvine has been a television personality for a long time, appearing on numerous shows like ‘Dinner: Impossible’, ‘Worst Cooks in America‘, and ‘Restaurant Express’.

From 2016 to 2018, Irvine was the host of a morning talk show called the ‘Robert Irvine Show’ on the CW Channel. For his work in honoring the men and women of the US military, Irvine was honored with a Patriot Award from the Medal of Honor Society in September 2015. Besides Irvine, a team of designers is also present in the show who helps to renovate and re-imagine the new look of the restaurants.

Food Network releases a statement before every season explaining the exact type of restaurants the show is looking for. They typically want restaurants to have around 50 to 250 seats and ask the applicants to send in pictures of their restaurants, along with photographs of themselves and their signature dishes.

What Can Restaurant: Impossible Season 17 be About?

In ‘Restaurant Impossible’, Robert Irvine tries to revamp a failing restaurant’s look and its menu in order for it to do better business. The only rule of the game: Irvine will not take more than two days and the expenditure will not be more than $10,000.

In each episode, Irvine enters the restaurant and tries to find its problem by talking to the owners, the chef, and all the other employees of the restaurant. Then he quickly looks at the menu and decides to bring in a change which will attract more customers, as well as become easier to manage. This usually means that Irvine cuts the menu short and focuses on items which will be a sure-shot hit. He assigns roles to people whom he believes to be more suitable for certain jobs.

Moreover, he gives all the staff useful suggestions he has procured through his years of experience in the business. At the end of the entire process, Irvine usually invites a group of people to try out the new menu. At times, samples from some of the food items on the menu are taken to the public to ask their opinion on the taste or whether they would like to have a meal at the said restaurant.

It is then time to address the elephant in the room. The series looks and sounds a lot like the one which came before it: ‘Kitchen Nightmares’ (2007-2014) which is presented by the English chef Gordon Ramsay. Ramsay follows almost an exact same format, just without the cost restriction policy. But we can surely say the nature of the show usually depends a lot on the presenter, and both Ramsay and Irvine bring in their own aesthetics and styles to their respective shows.

In season 17, Irwin, accompanied by his design team and list of volunteers, visits a fresh batch of struggling restaurants and attempts to make them successful. There is also a 90-minute-long episode where Irwin travels to Escondido, California, and meets Kaitlyn, the owner of Rosie’s Café. He had previously helped her and now returns since she has suffered a near-fatal car accident. Robert attempts to aid her with her massive medical bills by organizing a fundraiser.

We do not have an official trailer for season 17 but you can watch all the previous episodes from the show on its official website.