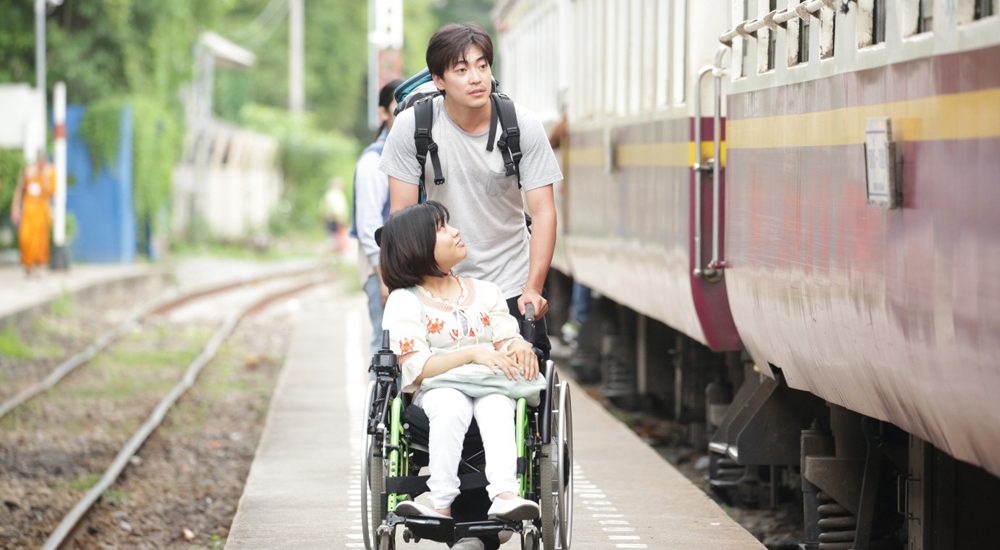 She’s a mangaka and illustrates the most visually stunning graphic novels and while she does that, she scrolls through shady websites on the sly. She wants to be set free but just because she’s a wheelchair-bound cerebral palsy victim, the world often ostracizes her. Yuma is, indeed, unlike any other movie protagonist you’ll ever come across. In the past, several filmmakers have portrayed leading characters in films who suffer from incurable medical conditions, but almost none of them have re-imagined the chronicles of these characters in such humane shades of grey.

Hikari’s first feature, ‘37 Seconds’, has won her two prizes in the Panorama section of the Berlin Film Festival and also had an international film festival run at TIFF 2019. A few minutes into the film and the reasons behind these accolades become evident. The film is devastating in terms of its emotional impact and its key appeal lies in its grounded and refreshing honesty. Instead of being too far-fetched with its premise or portraying a conventional tale of a person with disabilities, it highlights the importance of the small things in life. It shows how independence, in any shape or form, is more of a journey that one learns to gain with the smallest of steps.

The narrative of the film is split into three major acts where each act marks a milestone in the journey of the protagonist. In the beginning, Yuma, with her natural beauty and mile-wide smile, lives a sheltered life under her mother’s protection and care. She tries her best to not let her disabilities hold her back and works as a mangaka under the shadow of another renowned manga artist. But it seems like her employer only intends to use her for her creative talents and tries to bribe with her presents and an unfair price for the service she’s providing. Desperate to find her own path, Yuma approaches several other manga publishers, but they end up claiming that her work is too similar to that of her current employer.

The most impressive aspect of the first act of the film is its portrayal of people’s attitudes towards her disability. The film showcases it as more of a social phenomenon and not a biological one. Yuma tries her best to convince people that she’s no different from them, but her own self-worth dwindles at times because of how indifferently people perceive her. Moreover, unlike most other similar films out there, ‘37 Seconds’ also boldly portrays how someone like Yuma can also manifest the kind of life that she seeks without depending too much on anyone else.

Somewhere near the end of the first half of the film, where its second act begins, its storyline begins to meander a little. Most may find the tumble of Yuma’s adventure and tragedy in the second half a little de trop, but Hikari manages to handle this with her light and elegant touch which is powered by the remarkable performance of Mei Kayama in both physical and emotional terms. And the fact that the actress actually suffers from cerebral palsy, makes her character and story seem a lot more realistic and heartwarming.

The final act of the movie again gets you all invested in its characters. When Yuma is finally able to find people who treat her as a normal person, even as a viewer, you get a sense of reassurance that hey, it’s quite okay to be a little different. The film then further delves into Yuma’s internal world and the little moment that completely altered her life. The closing scene where Yuma finally finds her place in the world is beautifully nuanced and perfectly depicts how far Yuma has come from where she began. It’s during these light yet powerful moments of the film where you feel its insistent pull on the tear ducts.

A motif in the film is Yuma’s diverse manga illustrations that allow you to delve into her creative mind and understand how special she is. There’s a lot to appreciate about this coming-of-age drama despite its few avoidable flaws. In the middle, it does get a bit repetitive, and its treatment of the script feels too simplistic, but it never fails to tug on your heartstrings.