TIFF Review: ‘A Beautiful Day in the Neighorhood’ is Predictably Feel Good 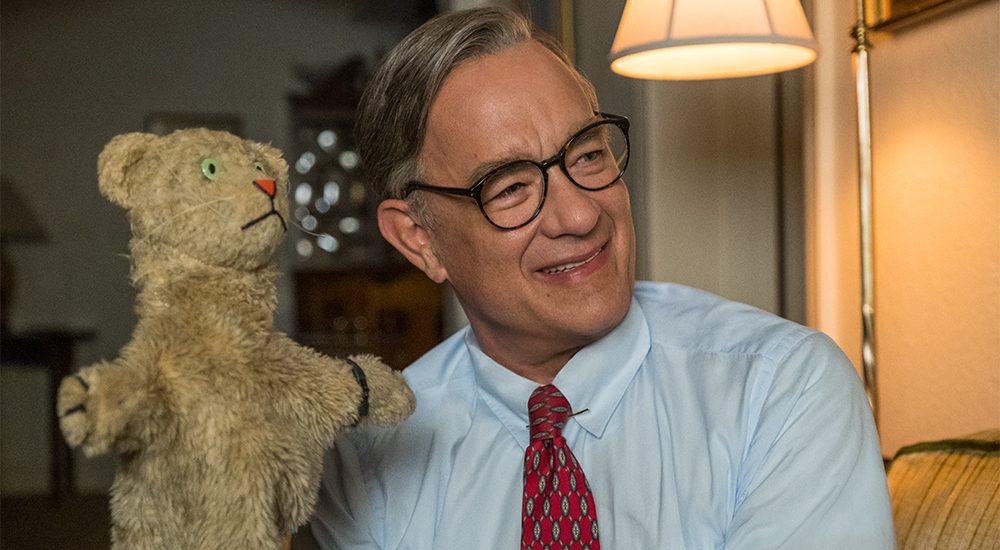 There’s one kind of cinema that almost everyone likes even if they don’t want to: the feel good kind. Such films have ways to tug your heartstrings, no matter how tough-minded you are. Walking into ‘A Beautiful Day in the Neighorhood’, a film based on the universally loved Fred Rogers, I knew that the film at the very least will make me feel good; I was curious as to what else does it have to offer. The answer to the question, as I realized over the course of the film, is: not much else!

‘A Beautiful Day in the Neighorhood’ revolves around a jaded magazine writer, Lloyd Vogel (based on real life Esquire journalist Tom Junod), who is assigned to do a profile of Fred Rogers. Vogel is initially skeptical about Mr Rogers’ persona and believes “Mr. Rogers” that appears on tv is just an act. But as he gets to know Rogers more and more not only his perspective on him changes, but he also learns the values of being empathetic, kind and most importantly, forgiving.

‘A Beautiful Day in the Neighorhood’ is everything you would expect it to be. That works both in favor and against the film. So, even if there’s nothing to dislike in the film, there’s also nothing to fall in love with. Yes, Mr. Rogers’ conduct and the way he transforms Vogel’s life is a pleasure to watch, but all throughout the film you are waiting to be surprised. A big emotional outburst. A shocking revelation. A sudden jolt. Well, to be a very honest, all of that was just wishful on my part. Deep down I always knew that none of those things are going to happen in the film. In so many ways, the film is like Mr. Rogers: well-intentioned and kind. And those are good qualities to have: both in a person and a film. But I am afraid, those qualities don’t necessarily make for an interesting person or film.

Overall, ‘A Beautiful Day in the Neighorhood’ will make you feel good about life and that if lived by certain values, you can make something worthwhile out of it. On top that, you have the nicest actor playing the nicest person. No one could have played Mr. Rogers other than Tom Hanks. In fact, the film is actually much more watchable when Hanks is on the screen.