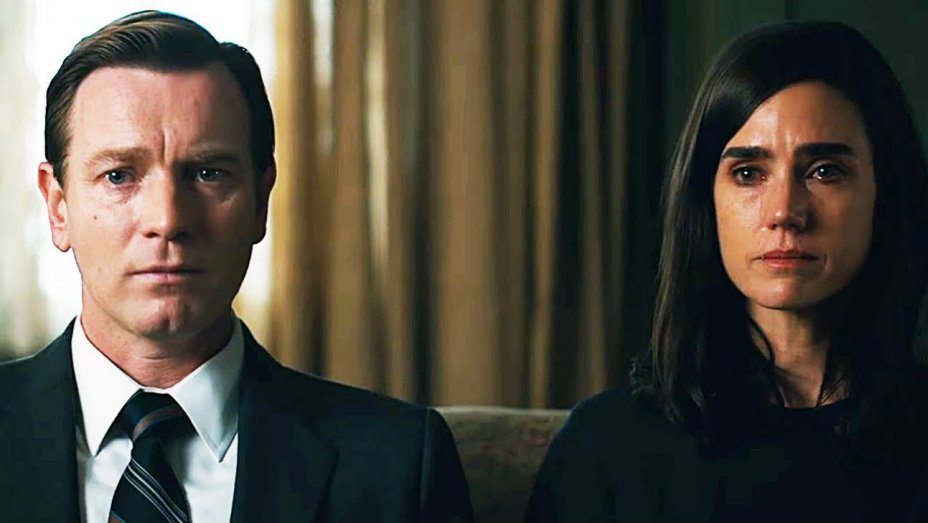 Based on the Pulitzer Prive winning novel by Phillip Roth, I struggled mightily with this one, as the acting often seemed forced, the script failed the actors and there were a couple of performances that left me ice-cold. Overall the film was woefully miscast, and I am not sure why that happened.

Told in flashback at a high school reunion the film tells the story of a high school jock who was blessed with everything, good looks, incredible skill at everything he did and a profitable business that he would one day run for his father. Ewan McGregor both stars in the film and directs the picture, his first time behind the camera. Seymour Levov, known as Swede will marry the beautiful Dawn (Jennifer Connelly) they have a daughter, and prosper during the social upheaval of the late sixties and seventies. Their daughter grows up with a nasty stutter and a strange attachment to her father, one that set off alarm bells for me in the first scene we see it. Mary (Dakota Fanning) grows into an angry rebellious young woman who rages against the United States and her deep hatred of President Lyndon Johnson. Her parents feel themselves losing control of her and finally she leaves after it seems she bombed the local post office, killing a man. Mary goes under ground and is protected by a tight network of radicals who continue to blow things up killing more innocents along the way. Gradually the nightmare of not knowing where she is or what she is doing unhinges Dawn and she has a full-scale nervous breakdown where she lashes out at her husband for having the audacity to marry her. She is gradually able to let go of Mary and embrace herself, and another man, but Swede cannot let her go, and finally finds her, but she is the shell of what she once was.

Mary’s loss to him is the undoing of Swede and he will never recover from what it does to him while his wife seems to move on, accepting that Mary does not wish to see them anymore.

Ewan MacGregor lacks the range for a role like this, and I never really believed him as he aged, or in his scenes with Connelly. She is worse, portraying a shrill harpy more concerned with face lifts and a new home than the welfare of her child. I did like the Dakota Fanning performance but she has such a small character to portray and is given so little to do but rage and then repent.

Needless to say I was disappointed to no end with this one.