The new season of ‘Better Call Saul‘ is back with another episode, and ‘Breaking Bad‘ fans are bound to love how the familiar characters keep popping up, tying the spin-off to the wider universe. This week’s episode is titled ‘Namaste’, which might indicate inner peace, but actually sees the key characters trying to scratch their itches.

Fascinated to know what goes down? Read our recap and review below. 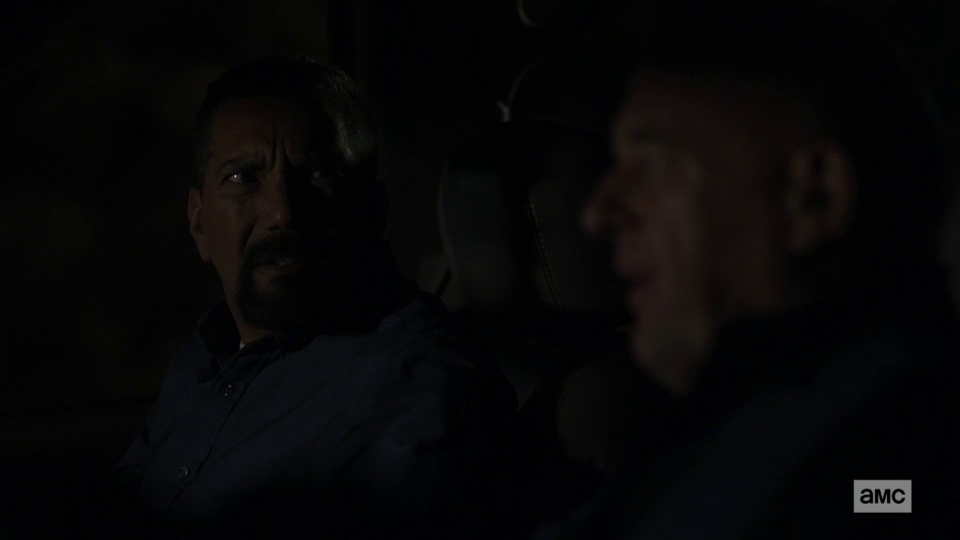 The episode starts after the shenanigans that take place at night in Episode 3. We see Kim and Jimmy go to work, but Kim feels it is necessary to clean up after herself. At the workplace, both Kim and Jimmy have to face the consequences of their choices. For Kim, it means going along with Mesa Verde’s plan to strong-arm the unwilling tenant off their land. For Jimmy or Saul, work is all about handling miscreants looking to take advantage of his ‘50% off’ offer.

As for Mike, we see that his attempt to make up with his family does not go too well. His daughter in law feels that Mike needs some time away, which forces him to go looking for trouble. However, this time the thugs prove too much for Mike, and he winds up with a pocketknife in his stomach. Since he wakes up in a strange place, alive, it remains to be seen who has saved Mike and for what.

Although we do not get to see the Salamanca clan in this episode, the aftermath of what they set in motion can be felt. Gus Fring sets his own elaborate diversion so that the DEA gives up the chase. We see Hank and Gomez back in action, in a good old fashioned stakeout, trying to get to the bottom of Fring’s drop system.

Kim and Jimmy seem to have moved to better terms, with the former asking the latter to represent the unwilling tenant, to serve his interests, against Mesa Verde. It seems like people are finally starting to accept Jimmy’s potential, as Howard offers him a job at HHM. In response, Jimmy ends up lobbing some bowling balls into his car, perhaps damaging any possibility of reconciliation completely. 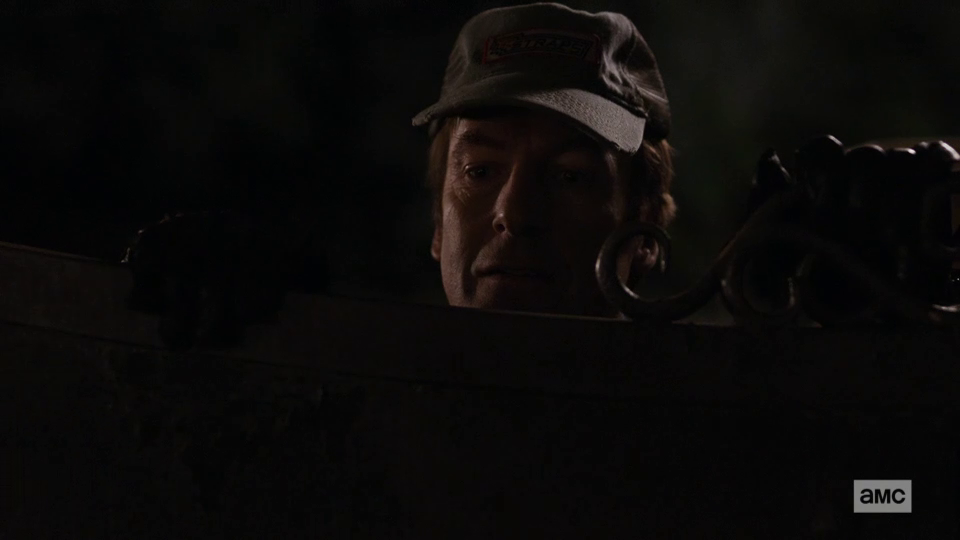 Episode 4 of ‘Better Call Saul’ is all about the inner voice. While the title ‘Namaste’ might refer to inner peace, the characters take their steps towards this by listening to their inner voice. For example, we have the inner voice of Mike’s daughter in law, who rightly deduces that grandpa and granddaughter need some time apart. We also have Jimmy’s notions about joining HHM, wherein he believes that the past will not remain unburied. Lastly, we have Hank’s own inner voice telling him that the ‘successful’ bust has been a decoy.

Apart from this nagging sensation that makes the series so unique, we also see a classic opening of the show. It is heartening to see that Kim and Jimmy are closer, as their brushing indicates. However, it is also stark how Kim has a much greater sense of responsibility than Jimmy. This is evident as she cleans up the previous night’s broken beer bottles. That being said, Kim and Jimmy might have found a balance in their relationship as the former is willing to accept and even embrace the latter’s tricks.

Kim gets Jimmy to help the unwilling tenant in the Mesa Verde case, knowing that he will use every trick that she can’t. However, it remains to be seen if this case breaks the camel’s back when it comes to Kim and Jimmy’s relationship.

For ‘Breaking Bad’ fans who thought that Hank and Gomez’s appearance was a one-off thing, they will be pleased to know that the duo makes an appearance here as well. The fine writing shines through as the DEA agents discuss the origins of the world culvert. It is the exact kind of inconsequential conversation that upholds the relationship between the two. One only has to think back to Vince Gilligan’s mastery of this device, in Jesse and Jane’s conversation about the Georgia O’Keeffe exhibition.

Speaking of the DEA, the episode touches upon some of Gus’ personality traits, including his obsession with cleanliness. The desire to keep the Los Pollos kitchen clean is mirrored in Gus’ desire to come out of this DEA operation cleanly. Moreover,  we get the sense that he is playing a waiting game with Lalo, looking for the opportunity to strike. A strike is not possible without an enforcer, which might explain why Mike finds himself in a strange place, after being stuck with a pocketknife.

However, where ‘Namaste’ truly stands out, is how the show uses our trust. The episode’s opening moments sees Jimmy trying out various heavy objects, with the intention of throwing them. At first, one might feel it is a quirky distraction to tie in with the last episode’s beer bottle throwing. However, we soon realize that a show like ‘Better Call Saul’ is a work of mature storytelling where loose ends are tied up.

Thus, we witness how the bowling balls become a symbolic rejection of Howard’s offer. Jimmy’s use of the rolling ball also indicates that he is about to break the ceiling when it comes to the law. With him embracing the persona of Saul, even more, the show is gearing up for action.

In ‘Namaste’ we have a finely executed episode, where the characters make attempts to get ahead and obtain what they want. Of course, in the universe of ‘Breaking Bad’, desires often lead to tragedies. It remains to be seen what tragedies the future holds.

Read More: When is Better Call Saul Season 5 on Netflix?