In the penultimate episode of ‘Better Call Saul‘ Season 5, the civilian and cartel worlds collide in a heady cocktail. Kim makes some tough choices about her career, as well as her relationship with Jimmy. Meanwhile, Jimmy or Saul finds himself extremely vulnerable throughout.

Before we jump into the recap and review of ‘Bad Choice Road,’ let us just take a moment to laud Bob Odenkirk’s performance. He has embodied Saul well enough to capture three aspects of the same character over three episodes. If ‘JMM‘ is about Saul’s grandioseness, ‘Bagman‘ is about his sheer physicality, and ‘Bad Choice Road’ is about Saul cowering in the aftermath. Perhaps he realizes the consequences of being a “friend of the cartel” are more dangerous than he’d anticipated. 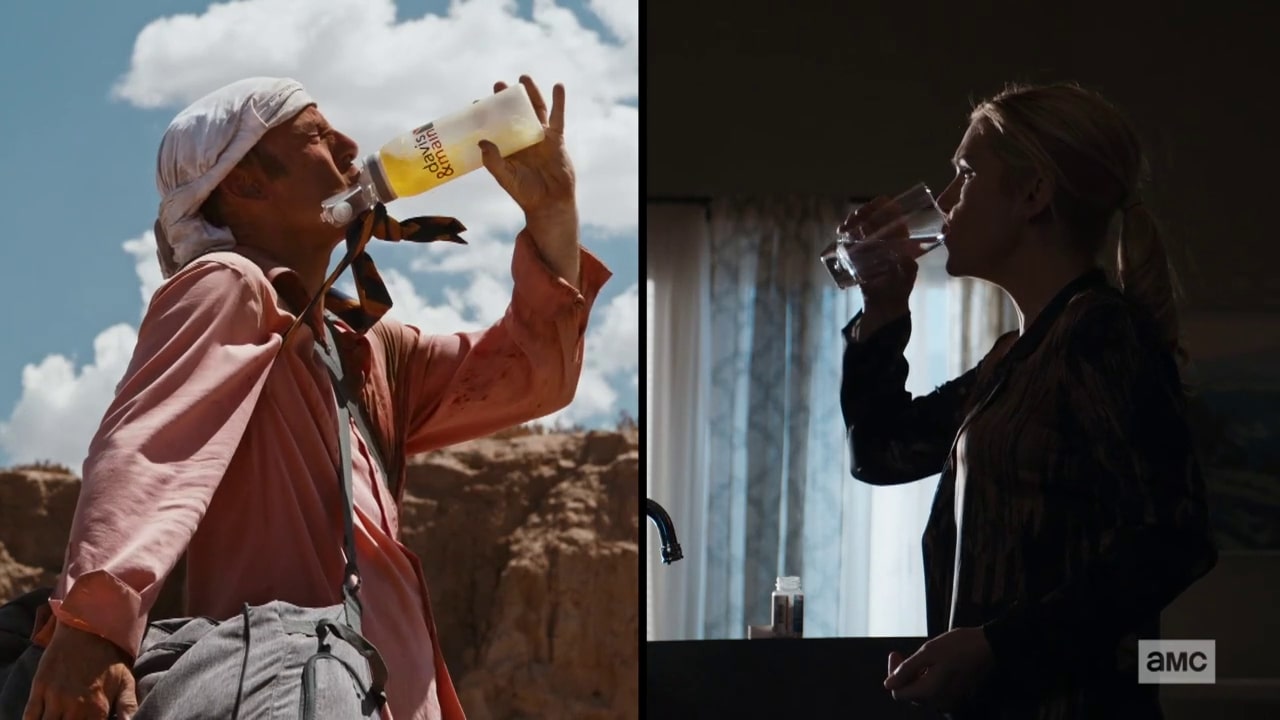 The episode kicks off with a montage of Kim and Jimmy at the start of a new day. Scored to ‘Something Stupid,’ we see the two going about their routines. Eventually, Jimmy makes it to the gas station with Mike. A little later, he’s posting bail for Lalo.

The formidable Salamanca is set to return to Mexico. Meanwhile, Gus uncovers that Bolsa orchestrated the attack on Saul, in the desert. Mike and Gus also have a chat about cutting Varga loose, with the latter deciding that fear is the best way to control the Salamanca henchman.

Kim takes a day off to be with Jimmy. During the course of this day, she discovers that Jimmy was shot at, in the desert. We also see Jimmy lose in court, trying to readjust to life as a lawyer. Kim quits her job to work pro-bono cases. As Jimmy and Kim argue about her choice, Lalo pays them a visit.

He’d discovered Saul’s car, riddled with bullet holes, and wants to know the truth about the lawyer’s story. In a tense sequence, Kim, Saul, and Lalo have a sitdown. Mike takes a position and has his sniper scope on the Salamanca. However, Kim steps in and gives Lalo a talking to, about fixing his organization. Her words seem to have an impact because he leaves, and instructs Nacho to drive him to Mexico. 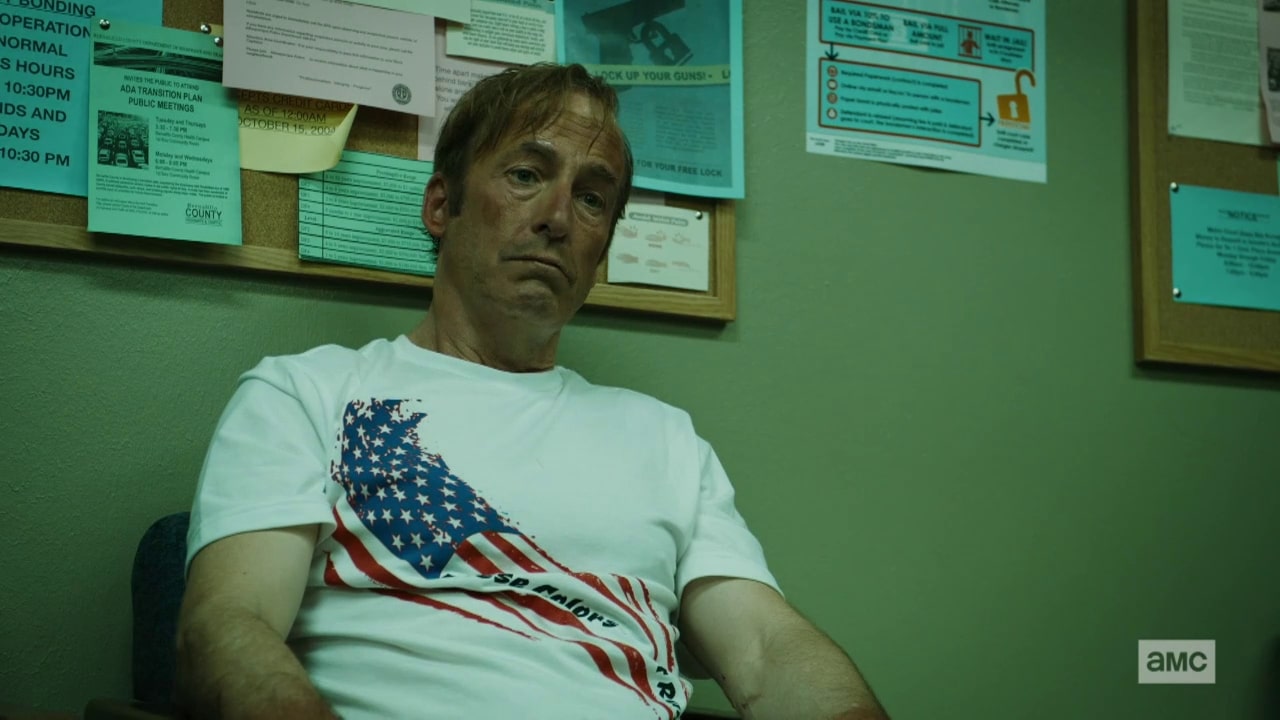 The opening sequence is reminiscent of a montage in Season 4. Similarly, scored to the Sinatra song, the first instance captured the growing emotional distance between Kim and Jimmy. In ‘Bad Choice Road,’ the song underlies the impossible physical distance between the two. While some of their movements are still in sync, they take place in vastly different realities.

For example, Kim grabs herself a glass of water, while Jimmy drinks his urine. While Season 4’s sequence ended in a merging between Kim and Jimmy’s routines, Season 5 sees this merge coming at the end of the episode, in a much more thrilling manner.

However, before we get to that, the episode fixes what ‘Bagman’ leaves open. Since the previous episode was almost entirely about Mike and Saul’s relationship, the current episode shows us the other storylines. We see Gus, Kim, and Nacho. On that note, Gus’ decision to control Nacho through fear, seems like a good move in hindsight. He’s poisoned Hector and asked Mike to kill Tuco. The henchman doesn’t seem to work well with tough bosses, so Gus is perhaps right not to ease up on him.

Elsewhere, Kim discovers Jimmy is lying to her. However, since she got married to him, she’s been willing to let more things slide. Thus, Kim brings up Jimmy’s lies but as a means to support him, not call him out. As for Jimmy, he is visibly shaken in this episode. The incident at the desert has left its mark, and commonplace sounds like the blender, or his phone vibrating is enough to put him on edge. Jimmy’s loneliness in this new path of darkness is also evident when he talks to Mike.

His poor performance in court is yet another example that the sprightly Saul Goodman will have to make a comeback. Not only does Saul move slower, physically, but his mind seems to be working slower as well. Thus, he loses a case to his frenemy, Bill Oakley, who takes the chance to taunt him.

While Saul has already made his choice, Kim makes hers. She quits the big law firm. While Jimmy’s mishap might have instigated her to some extent, the move was coming for a long time. We’d seen Kim at her most lively when she was helping Acker circumvent Mesa Verde, and now she gets a chance to help the little guy.

Ever since she saw the bullet hole in Jimmy’s “World’s second-best lawyer” mug, we’d known a fight was coming. However, when it does, it seems Kim has compartmentalized this lie, and her argument is about Jimmy being unsupportive. Their quarrel is cut short by Mike’s frantic call, and Lalo’s appearance.

As the ruthless Salamanca crosses into their household, the civilian and cartel life crashes into a mangled monstrosity. Lalo comes equipped with a smile and a gun, as he tries to coax the truth out of Jimmy. At one point, it becomes unclear whether Jimmy is lying about the incidents at the desert to protect Mike’s involvement, or to keep the truth from Kim.

On this note, it becomes essential to mention that Lalo again shows how formidable an enemy he can be. He rightly realizes he didn’t see Saul’s car, which he claimed had broken down. He’s also smart enough to notice the tire tracks and discover the dumped vehicle. There are two shots in this episode where two pairs of eyes look through bullet holes. While Kim looks through the cup, and her eyes betray concern, Lalo’s eyes reflect his suspicion.

Back to the tense confrontation, it almost takes up sixteen minutes of the episode and has some tight writing. As Mike is about to embark on his path, which would involve a messy clean-up, Kim steps in to save the day. The talking to she gives Lalo, makes the big man feel small for a short time.

She uses her wits to raise a reasonable doubt about Lalo’s account, and refocus his anger at someone south of the border. It is an example of lawyering 101. As Lalo leaves, Kim is quite affected by the confrontation. Now that she’s made her mark in the cartel world, we wish she takes a step back. However, our desire sprang from the fear that Kim wouldn’t be able to hold her own. Her most recent performance shows us that she can work with the best of them in the dangerous world inhabited by Saul, Lalo, and eventually Heisenberg.

However, knowing how it ends for them, we don’t want to see Kim getting hurt. With just one episode left in Season 5, ‘Bad Choice Road’ is a well-structured inclusion, bettered by some fantastic performances from Odenkirk and Rhea Seehorn.