Review: ‘Boo! A Madea Halloween’ Doesn’t Offer Many Tricks but a Few Treats 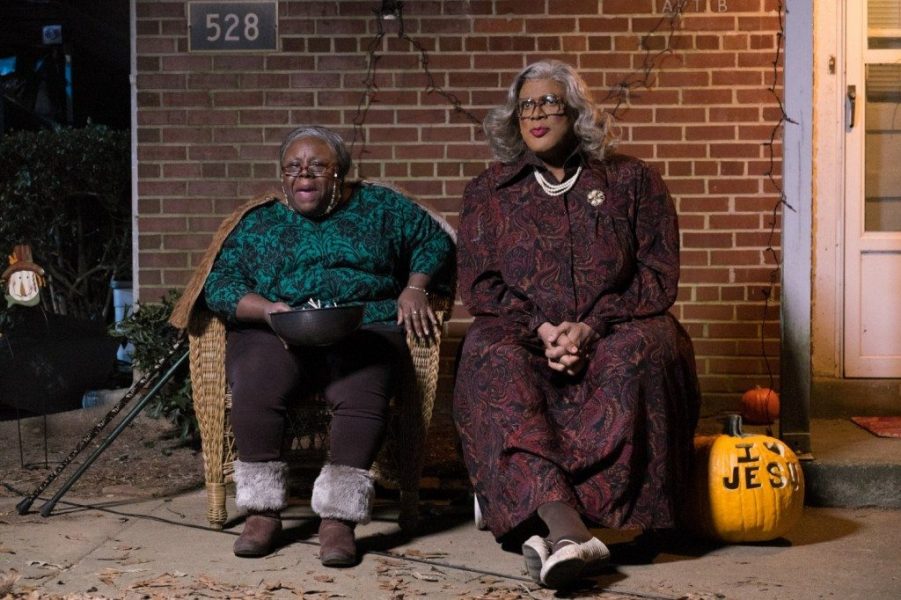 Tyler Perry returns as Madea, his linebacker of a granny, a character that has helped him create an empire, for what feels like an ABC family Halloween special – but I’d be lying if I didn’t say I laughed a bit and had a pleasantly entertaining time with ‘Boo! A Madea Halloween’.

Like most of his movies, Perry takes on the writing, directing and about a third of the acting in his latest film. Along with Madea, he stars as Brian, who is having a hard time keeping his teenage daughter Tiffany (Diamond White) in line. She’s a rebellious and downright snotty 17-year-old, who wants to go to a fraternity Halloween party but her father absolutely refuses to let her leave the house on Halloween.

He has to work Halloween night and doesn’t trust that Tiffany and her preacher’s daughter friend Aday (Liza Koshy) won’t sneak off to the party. He calls on Madea to come over and watch her but begs for her to be subtle about it and not tell Tiffany he asked her to come over. Jokes on him because Madea doesn’t know a thing about subtlety.

Madea agrees to come sit at Brian’s house but she doesn’t come alone – Bam (Cassi Davis), Joe (Perry) and Hattie (Patrice Lovely) are in for some Halloween hijinks. As expected, Tiffany sneaks out to the party, if for no other reason than to give Madea a purpose to crash a frat house.

Boo! A Madea Halloween is so very stupid but what would anyone expect? About 90-percent of the film is breezy and silly, playing up the slapstick humor and pratfalls to considerable success. (The movie eventually drones on with a coda about family and respect, getting all too serious in such a nonsense movie.) If you buy a ticket to this movie, you know what you are getting yourself into and already know you will probably enjoy it. In that sense, Perry delivers.

You’ve got to hand it to Perry, though. He’s found a successful enterprise and while it’s never high cinema, it is continually successful. He fully commits to the Madea character, who is so energetic and full of fast-talking spunk, that you might miss three or four words while trying to catch the last. From the simplest tick or facial expression, Madea’s ridiculously exaggerated persona is able to get a laugh. Some of Perry’s supporting characters and franchise regulars get their laughs in as well (Joe and Bam are particularly fun), while Hattie is like listening to nails down a chalkboard.

‘Boo! A Madea Halloween’ isn’t a new holiday classic but provides mindless entertainment, which will please the character’s staunchest fans.