Review: ‘Deadpool 2’ is Fun as Long as it Lasts 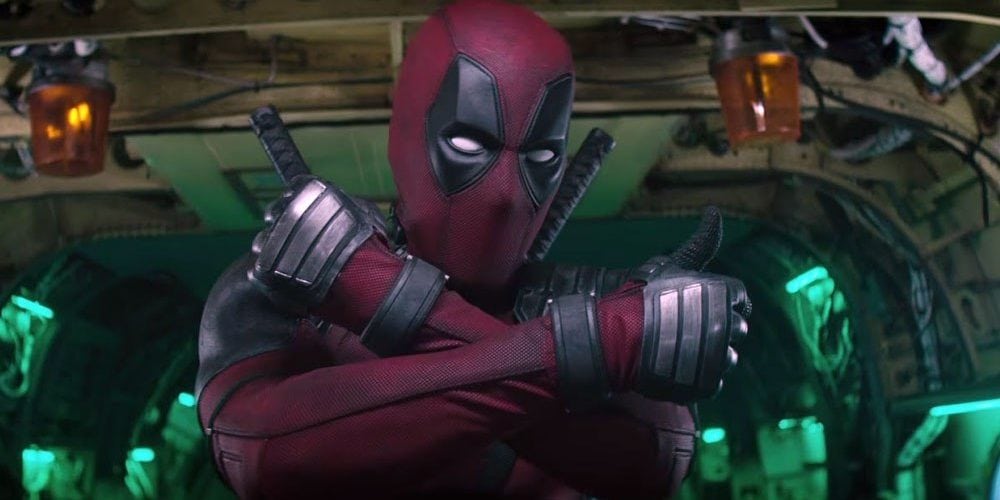 There are two ways of looking at the peculiarities of our beloved and foolproof superhero ‘Deadpool’. The one widely accepted and partly spoon-fed opinion is that he is a cut above the rest as he gets to mess it up and not even pay the price for it; as he himself declares during a confrontation scene with Cable that ‘even I cannot kill myself’. The other – a more skeptical and critical way – of looking at his tomfoolery is as a smart way of hiding the weakness or the ‘lazy writing’ of the plot. On top of that we are also introduced to a new character called Domino, an X-Force member, who is just plain lucky in whatever she does.

At the very onset we are reminded that Deadpool is going to be a family film and remaining true to its promise there are enough raw emotions in the story to justify the motives behind the gory and incessant bloodshed and revenge that would have churned quite a few stomachs had it not been for the inherent lack of seriousness in the overall proceedings of the film.

Two years ago when Deadpool broke out in the baddest possible manner from his much vilified cameo in ‘X-Men Origins: Wolverine’ (2009) and resurrected himself as the self-deprecating and self spoofing (he signs an autograph as Ryan Reynolds while still in his Marvel avatar) hero of the masses, he also broke many rules along the way. Breaking the fourth wall has been the most noticeable and relatable aspect from an audience’s point of view. In the sequel, he is more of a heart over matter guy who is on a personal mission – triggered by a dead fiancée – to rescue and shelter an innocent mutant from a possible mishap. The road to heroism and success is filled with more than anticipated dangers posed by Cable – the most prominent antihero who is on his own trajectory of setting things right – and his ilk.

Just like Deadpool’s colourful personality there is variety among the antagonists too; as diverse as a future mercenary, abusive mutant hunters and a giant ‘sized force of nature’ a.k.a Juggernaut. However, the one character that stands out the most owing to his courage – a quality not considered a superpower in the Marvel universe – is Dopinder. He is a stereotyped Indian cabbie who listens to self help audios, shits his pants at the sign of danger but dreams to be a serial killer. He appears for small intervals but gets his big moment in the climax. There is another Asian representation in the role of ‘Yukio’ – played by Shiori Kutsuna – who also happens to be the girlfriend of a fellow mutant – the punkish ‘Negasonic Teenage Warhead’. However ‘Yukio’ is reduced to a ‘hi Deadpool, bye Deadpool’ caricature and never quite comes into her own.

The one that literally shines the brightest among all is Julian Dennison as ‘Firefist’. He symbolizes the restless and instant gratification seeking millennial of today as a 14-year-old boy who has endured enough abuse and rejection to be compelled to take matters into his own hands. The film’s R-Rated certification is more of a psychological manipulation to give it a forbidden fruit appeal as there is hardly any objectionable instance or scene in the film that someone below the age of 17 cannot see or already know of.

The big question is what separates ‘Deadpool’ from the other spoof ventures like Superhero Movie (2008) or even the Scary Movie series, in a broader sense. The answer lies somewhere between the lucrative packaging of the Marvel brand of the former and the overdose of superhero movies in the market. ‘Deadpool’ is refreshing because he wasn’t supposed to be a hero and doesn’t behave like one even after being forced into the middle of ‘superhero’ things. The action scenes are definitely an improvement from the last time; all thanks to director David Leitch. Ryan Reynolds multi-tasks as the actor and one of the producers and writers of the film and frankly he excels in all the departments. After terrorizing the Avengers as Thanos not less than a month ago, Josh Brolin returns as Cable who is characteristically statuesque, evil (with a conscience) and domineering.

‘Deadpool’ is undoubtedly the feel good movie of the summer because one doesn’t have to be familiar with the comic book series to make sense of the happenings. And if anyone has the question – why Ryan Reynolds in the titular role? – because he exhibits signs of a split personality the moment he dons the customary superhero costume. He instantly turns from a brooding and wronged-by-destiny individual (Wade Wilson) to an almost silly adversary of evil guys. The answer to this question can be found in the 2004 comic book series ‘Cable & Deadpool’ where our smartass hero referred to his own physical appearance as ‘Ryan Reynolds crossed with a Shar-Pei (a breed of dog).’ And the rest is as they say box-office and pop culture history.

The biggest strength of the film is that despite not taking itself seriously it can effortlessly condition the audience to root for its superhero with a tendency for verbal diarrhea. Ryan Reynolds himself is not sure about the future of this franchise but you don’t give it a miss as it might be the last time you see ‘Deadpool’ in the thick of all things hogging the spotlight and having a helluva lot of fun at the same time. Also it’s funnier than it promises to be.