Review: ‘Deepwater Horizon’ Has Impressive Special Effects, But Not Much Else 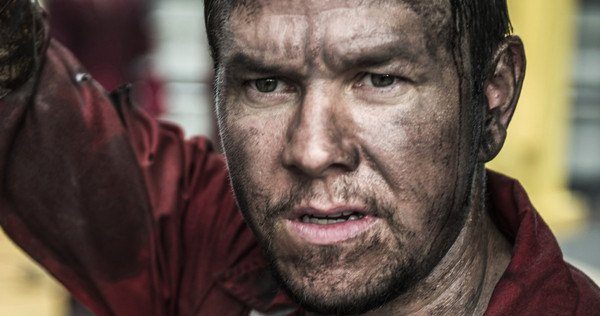 There had to be a film about this tragedy eventually so let’s make it and get it over with.

Harsh words but that is how I was left feeling after seeing Deepwater Horizon, a big, noisy impressive special effects laden film that is at once stunning to watch in its portrayal of the disaster aboard the oil rig, yet oddly cold and heartless in its depiction of the humanity aboard the rig. A massive oil rig, which in 2010 exploded, causing the most significant ecological nightmare in American history, the Deepwater Horizon represents everything that can go wrong with drilling beneath the sea. For weeks oil pumped into the ocean before the men were able to cap the spill and declare it dead. Lives were lost, the rig was destroyed and the damage to the sea and surrounding area is still felt to this day. It must have seemed as though hell heaved up and erupted beneath the ocean floor.

The film is set up in two acts, the first where we get to know the crew, introductions to each, the second the disaster and how they deal with it. In the opening moments we get to know Mike and his family, portrayed by Mark Whalberg and Kate Hudson, the rig veteran Jimmy, portrayed by grizzled Kurt Russell, the young lady aboard he rig, Gina Rodriguez and the obvious villain of the film, the corporate man filled with greed, willing to cut corners, portrayed with relish by John Malkovich.

So the set up done, we are aboard the rig when the explosion happens and it is a doozy. There seems to be fire everywhere and men and women trying to avoid it, trying to stay alive as they attempt to fix whatever has gone wrong. Lives are lost before the rig begins to implode after explosions tear it apart. And the oil beneath the sea that they were attempting to mine is flowing into the ocean at a furious pace. Really, I suppose, the film is a seventies disaster film with better effects, it certainly felt that way to me throughout. The effects are really something, as are the sound effects and editing, the look and feel of an inferno in front of our eyes, what must have been a living hell. That anyone survived at all is a miracle.

The performances, for what they have to do are fine, with Whalberg leading the way as the hero of the piece, he and Russell saving as many lives as they can, as Hudson as the anxious wife watches on TV at home. I suppose the actors give fine physical; performances, but what did this do to them as human beings, how does something like this impact them.

John Malkovich is such a wonderful actor that I hate picking on him but he was so obviously the bad guy in the film, all he needed to make it complete was a Simon Lagree pencil moustache, he is evil incarnate, big business cutting corners for a buck. The actor has played villains before, beautifully, when making them normal people not aware that what they are doing is wrong. When Malkovich is cutting corners, they must as well hold up a light that says WRONG..it is that obvious to the audience.

Peter Berg, the film’s director took over partway through after another director fell away from the project with artistic differences. I would love to know what they were. Knees deep in his Boston marathon explosion film Patriots Day due in December, he stepped away and hastily directed this because as his opening quote stated, it had to be done.

At the end of the day I would disagree. Not until it could be done well.