Review: ‘Detroit’ is Electrifying and Heartbreaking

Breathtaking in its angry and raw, visceral power.

Those words describe the brilliant new film Detroit, which is a must see film, and one of the year’s best film.

Kathryn Bigelow has been my personal radar since I first screened her vampire thriller Near Dark (1987) thirty years ago. It remains one of the finest films about vampirism ever put on film, as zany crazy as it is frightening. There is a consistency to her work in that all of her films are intense, remarkably intense.

She became of course the first woman to win the Academy Award and Directors Guild Award for Best Director for The Hurt Locker (2009), her stunning picture about the war in Iraq, focusing on a young soldier who finds and disarms bombs hidden in vehicles and roadways, as well as strapped onto humans. The film is startling in its portrayal of war, electrifying in its study of an adrenalin junkie getting his daily fix, but also an in depth character study of what that kind of addiction does to a man. 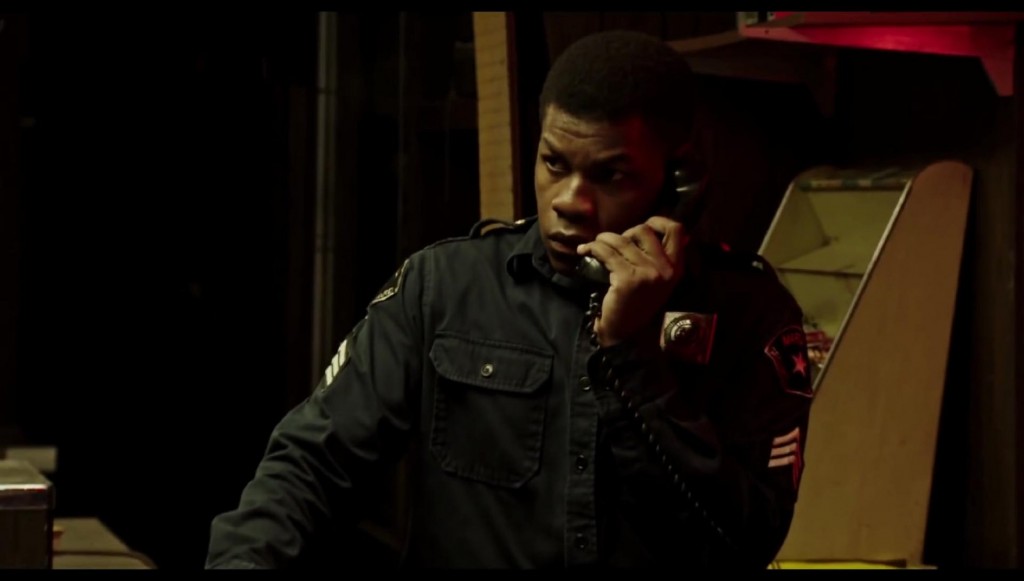 Zero Dark Thirty (2012) was her first film after winning the Oscar, and she surpassed it in every way with this searing study of the young CIA operative who found Osama Bin Laden, the battle to get the order to take him, and the Navy Seal team who went in and executed him. The film was profoundly moving, as we watched Maya (Jessica Chastain) become obsessed with killing the terrorist, gradually earning the trust of her superiors, the President and the Seals. “You’re going to kill him for me” she tells them matter of factly. The film won Bigelow the New York Film Critics Awards for Best Director and Best Film, she was nominated for the DGA Award as Best Director, and though the film was nominated for Best Picture, she was snubbed as Best Director, which frankly, was criminal.

Count on Bigelow being no matter mated for her powerful new film Detroit, which explores the hell of the 1967 Detroit riots, racism and the legacy of hate that comes with it, and how people carry with them this sort of trauma for the rest of their lives. IN an often forgotten story of police brutality that took place in the Algiers Hotel in downtown Detroit, the film explores the happenings in that hotel room, where we see racism at its ugliest, police authority gone woefully wrong, an arrest that spirals out of control, and the intense riots that shook the city for three days afterwards. 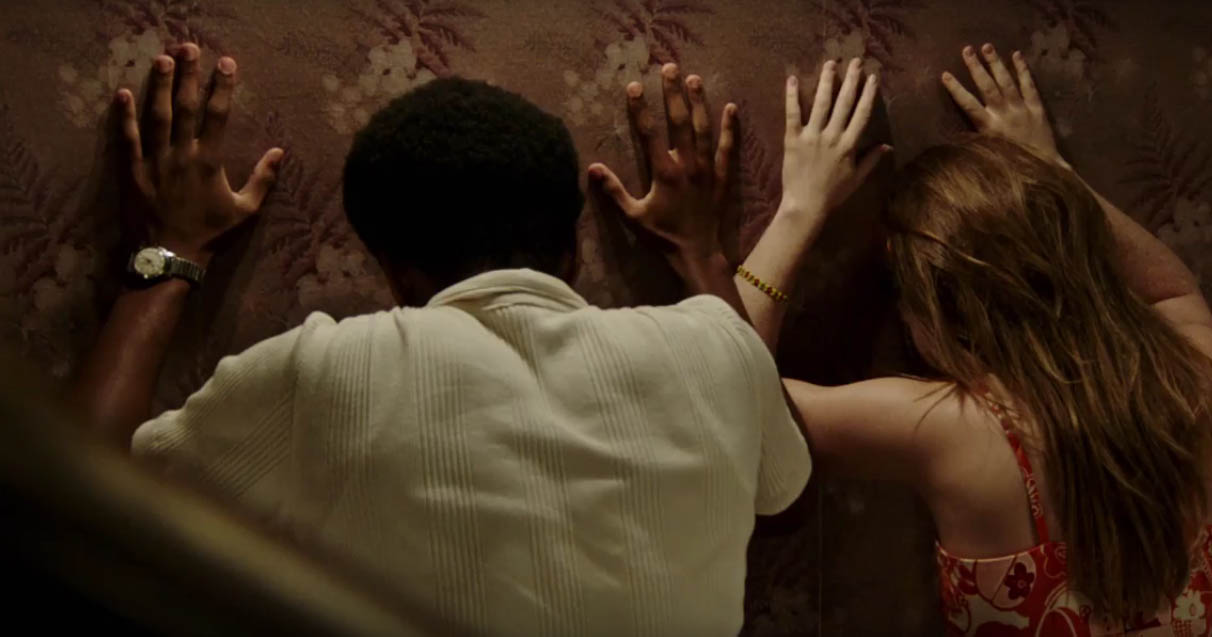 Never one to shy away from controversy, Bigelow portrays the scenes in the hotel room for what they were, a joke can horribly wrong. With rioting in the streets below borne of an outrage over the manner in which a group of black men are treated after being arrested, a young man in the hotel decides to show his new friends how terrible it can be to be arrested when you are a young black man in Detroit. He foolishly fires a starter pistol at a group of National Guard down in the street, and a trio of young cops arrive at their door. Led by the racist Krauss (Will Poulter) who hates blacks and loves his authority over them, the visit comes something terrible quickly as the angry cop sizes up the situation and makes a decision as to what he is going to do to make his point. By the time this maniac bully is finished there are three dead men, which one would think would be the true horror of the film, but it gets worse the greater horror is Krauss’s rationalization of why he did what he did and why he felt he was entitled to do so.

Bigelow recreates the rioting in the streets with brilliance, using archived footage here and there. The sprawling moments are indeed frightening in their intensity and the sense of mob violence, but it is inside that hotel were the true horrors happen. In the end, we sit stunned at the trial of the murdering cops, and realize that our acceptance of racism has helped this sort of thing happen for more than one hundred and eighty years. 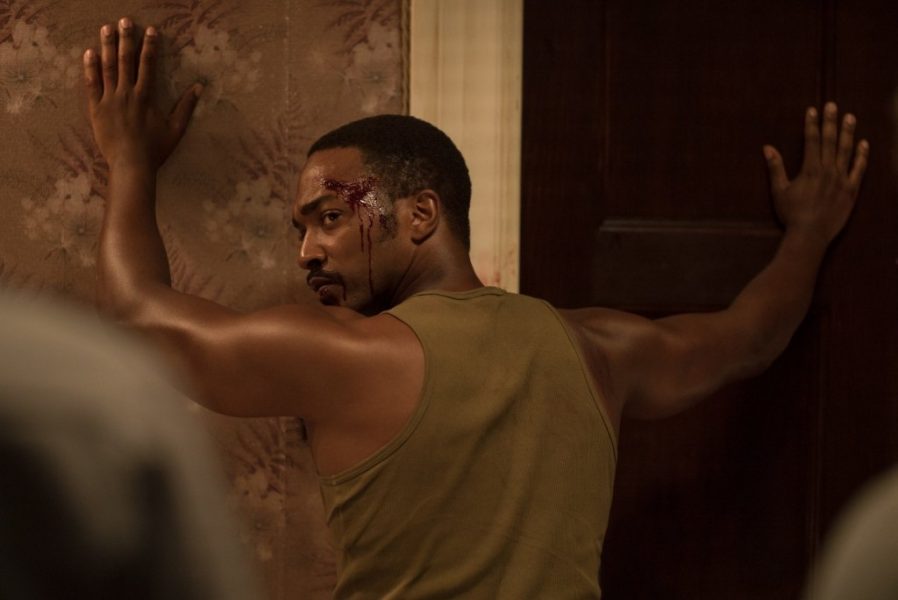 The film is difficult to watch, just as Zero Dark Thirty (2012) was a challenge, but it is a film we must experience. Seeing the terrible impact of racism unfold, see the toxic poison that is spilled just as blood is shed, we as human beings, all colors owe it to the memory of those who died to see the picture. In doing so we honor them and we mourn them.

Will Poulter gives a seething performance that should land him in the Oscar race next January, though his character is so intensely dislikable, how well he inhabits the character, well, that could actually work against him. Never before has the actor been cast in a role like this, but there has never been any question of his talent. He was terrific as a child in Son of Rambow (2006) and excellent a couple of years ago in The Revenant (2015). Here however he gives even a grander performance, creating a purely evil young man who believes because of the color of anothers’ skin he has the right to beat them, bully them and kill them with no repercussions. Poulter is altogether terrifying.

Bigelow has created another masterpiece, her third consecutively. The acting, direction, editing, writing, everything about the film is perfect, darkly so. This one like the last one is one for the ages.