Review: ‘Doctor Strange’ is a Visual Experience Unlike Any Other Film 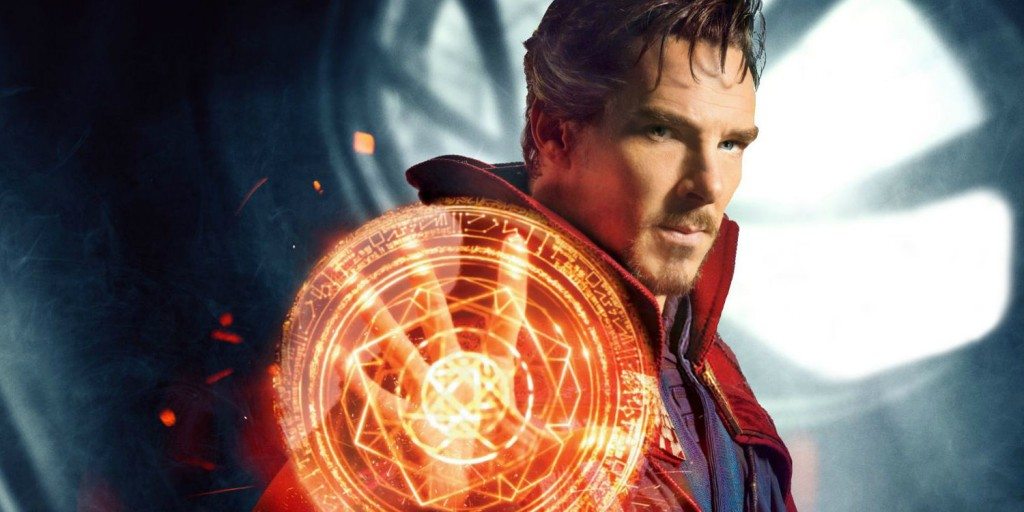 Since 2008, Marvel Studios has released 14 films. In just over 6 years the Marvel Cinematic Universe has broken new ground, creating a vast, interconnected film universe that cross-pollinates a wide range of stories, characters, themes and tones. The franchise has successfully re-created the structure of the Marvel Comics Universe. Since Robert Downey Jr. introduced us to Tony Stark in 2008, it seems that every respected actor one can think of has appeared in a superhero film.

The MCU has also become the highest grossing film series of all time.

Dr Steven Strange is a wealthy, arrogant surgeon. Living fast and thinking little of others, Strange’s life is changed when a brutal car accident crushes his hands, making him unable to perform surgery. Spending all his time, money and resources trying to find a cure, he ends up a desperate man travelling the world searching for ANYTHING that can fix him.

‘Doctor Strange’ cannot help but stick to a formula that is familiar by now. It echoes Batman Begins and other superhero origin stories but this film manages to do something incredibly new.  Magic spells and mysticism abide throughout DR STRANGE. The visuals are nothing short of breathtaking. This film makes Inception look tame. At one point, the entire city of New York is turned into an M.C. Esher print on steroids. Multiverses, other dimensions and reality-bending craziness are the tools of the trade in this film. Many are not fans of 3D screenings but this film certainly utilizes it remarkably well.  There is no shortage of spectacle.

The film also happens to feature a tremendous group of actors who all deliver solid performances. Benedict Cumberbatch stars as Steven Strange. His character echoes his SHERLOCK character in some ways, being stubborn, arrogant and brilliant. He pulls off the American accent with no trouble and one cannot help but draw comparisons with his future MCU co-star Robert Downey Jr’s Tony Stark (Who also happens to be Sherlock Holmes). Cumberbatch introduces us to everything we need to know about Strange in very little time. Cumberbatch is eternally fascinating to watch. There is a seeping intelligence behind his eyes that seems to make every decision he makes as an actor more interesting than it ought to be. Here he is no different. Chiwetel Ejiofor, Benedict Wong and Mads Milkkelsen are all spot-on, as per usual. As I mentioned before, superhero films are so big now because they provide everything mindless popcorn movies do but so much more, with deep, complex characters and an abundance of riches when it comes to actors willing to take on the roles. Tilda Swinton is an inspired choice for The Ancient One, a character that is portrayed as an Asian man in the comics. Morgan Freeman and Ken Watanabe were both considered for the role and either one would have been a great choice. The film received criticism for the role of The Ancient One, being accused of white-washing. While this is a serious problem in Hollywood, and an Asian character was cast with a Caucasian actor, the filmmakers logic seems to be sound, stating that The Ancient One is a title more than a specific character. Moreover, the gender-swapping of the role brings something new to the occasion, with the ever androgynous Swinton delivering her usual genius. The film should be given recognition for its other characters portrayals. Chiwetel Ejiofor is cast in a role that could have easily gone to a white man and Benedict Wong’s character, Wong (you read that right) is portrayed here as a sorcerer master, equal to, if not superior than Strange himself. In the comics, Wong was a stereo-typical Asian man-servant. In conclusion, while the casting of Swinton may have been a difficult and possibly bad choice for some people’s tastes, the filmmakers show that they are at least trying to be more culturally diverse and sensitive in a contemporary setting. As a straight, white man, I think my opinion on this matter has reached the end of its usefulness here, it there was any use in it to begin with.

‘Doctor Strange’ is the 14th film in this Universe but is an origin story. One could feasibly go into this movie blind, having never seen the previous 13 and would likely have no problem following the plot. However, like so many other Marvel properties today, being a devoted fan is going to give you all those awesome little Easter-eggs and tie-ins that Marvel has been putting together these past few years. Marvel knows their audience and they know their audience is growing. They just cannot seem to miss the mark with their films, simultaneously satisfying long-time fanboys who knew who Dr. Strange was BEFORE IT WAS COOL and introducing a brand new audience to these characters because HEY! I bet your Grandma who like’s that Sherlock fellow from the BBC might just be talked in to checking out the SORCERER SUPREME.

If you want a visual experience unlike any other or just a bitchin’ popcorn movie, you really can’t ask for more than Marvel gives us with ‘Doctor Strange’. Go see it.