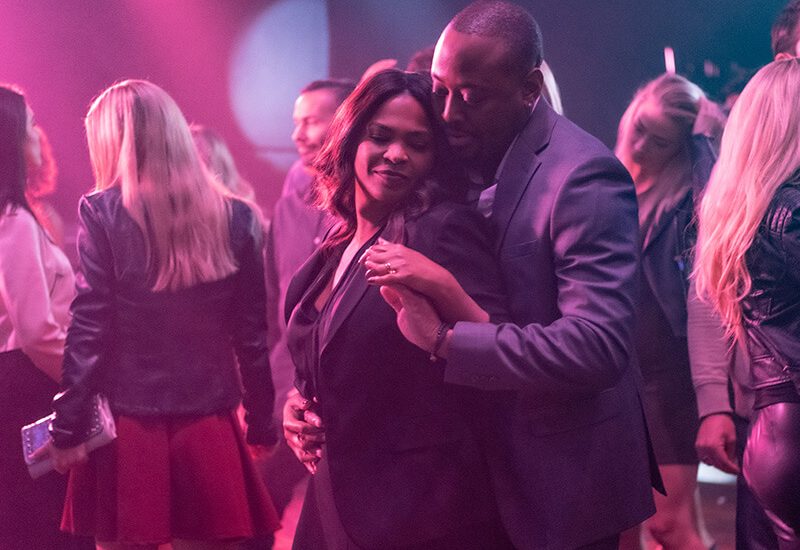 Stalking is one of the most common and most serious crimes. If kept unchecked, it festers like a wound that infects everything in its path and doesn’t end well for anyone. It is scary and can haunt a person for the rest of their lives, even if the immediate threat has been removed. With such strong feelings connected to it, the topic of stalking also becomes a promising prospect in crime dramas. Netflix’s ‘Fatal Affair’ focuses on just that. The film taps into the fear and paranoia that grips a person when they discover that they are being stalked. However, despite the strong theme at its core, it doesn’t quite succeed in keeping us invested in the story or the characters. It is categorized as a psychological thriller, but we don’t feel either of these things in its 90-minute runtime.

Ellie’s life is taking a turn for the better. After working at a firm for a very long time, she has decided to quit it and start her own firm. This decision is also motivated by the move out of the city and into a quiet suburb where she and her husband, Marcus, have found their humble abode. The only thing that troubles Ellie is the coldness in her marriage. The passion and excitement that they used to have are gone, and twenty years into their relationship, she and Marcus have developed a distance between themselves.

It is while swirling in the whirlpool of these emotions that her paths cross with David’s. They had been friends in college and have not seen each other for over twenty years. Meeting up with an old acquaintance comes as a breath of fresh air in Ellie’s life and soon enough, over a few drinks, she spills the apparent failure of her marriage to David, who reveals that he, too, has been through a divorce quite recently. A few more drinks and things heat up between them, but Ellie finds it best to put a stop on her infidelity before it gets out of hand.

Unbeknownst to her, David has already fallen irrevocably in love with her and now that he knows that she is caught up in an unhappy marriage, he will do whatever it takes to get her out of it.

The stories about psycho lovers who are ready to get their hands dirty for the sake of love is nothing new for the audience. Over the years, several similar movies have been made in Hollywood, and almost all of them follow the exact same series of events as happen in ‘Fatal Affair’. In this sense, the film doesn’t offer anything new to the viewers. It is easy to predict the whole film a few minutes into it, and the plot stays pretty much in line with whatever theories you might already have conjured up.

If you go into it with the expectations of psychological torture and edge-of-the-seat thrill, you are not going to get it. The film runs on a flat note that never tries to rise up a beat at any time. The movie never lures you in by demanding you to peek into the psyche of its stalker and his victim, but keeps you at a distance as a mute spectator who can’t connect to the characters even if they very much want to.

It is not that the actors don’t try to generate that goodwill with the audience. It is easier to like Ellie for being a strong person who is not ready to give up so easily, simply because Nia Long channels that confidence into her. However, despite this, we sometimes can’t help but wonder how someone like Ellie, who is a lawyer and a fearless one at that, won’t resort to some kind of help from the law enforcement.

The movie itself demands that question from her when her husband wonders how she can talk to a jury, a bunch of strangers, and sway them in the favour of her clients, but finds it impossible to talk to her husband of twenty years about such a difficult situation in her life. A similar feeling surfaces for the people around her, especially her best friend, and these questions pull us further away from any interest we might have developed in the story.

All in all, ‘Fatal Affair’ is barely worth your time, even though you might have it in abundance right now. It could surely have been a lot better, especially if it had tried to be more consistent about the nature of its characters. But it falls into the spiral of cliched tropes that every other obsessed-lover movie adopts and doesn’t do anything new with its plot. Instead, it just becomes yet another run-of-the-mill story that tries to cash in on a genre that attracts the audience due to the merit of its previous films.