Thrones y’all! Been quite a journey, and a spectacular one indeed. Eight years, eight seasons, 73 episodes and more than 75 hours of quality fantasy television. Just revisiting the show periodically makes me realise why this show enjoys the fandom it does. However, the final season has been a bit of a mixed bag really, but that didn’t still for one second lower my expectations for a finale the fans deserved, as did the cast and crew of this magnanimous show who have put in years of sweat and toil to bring to fruition something that we can all love and appreciate. This has been ‘Game of Thrones’. As the curtains draw to a grand close and several storylines wrap up, I too choose to close with nothing but gratitude. 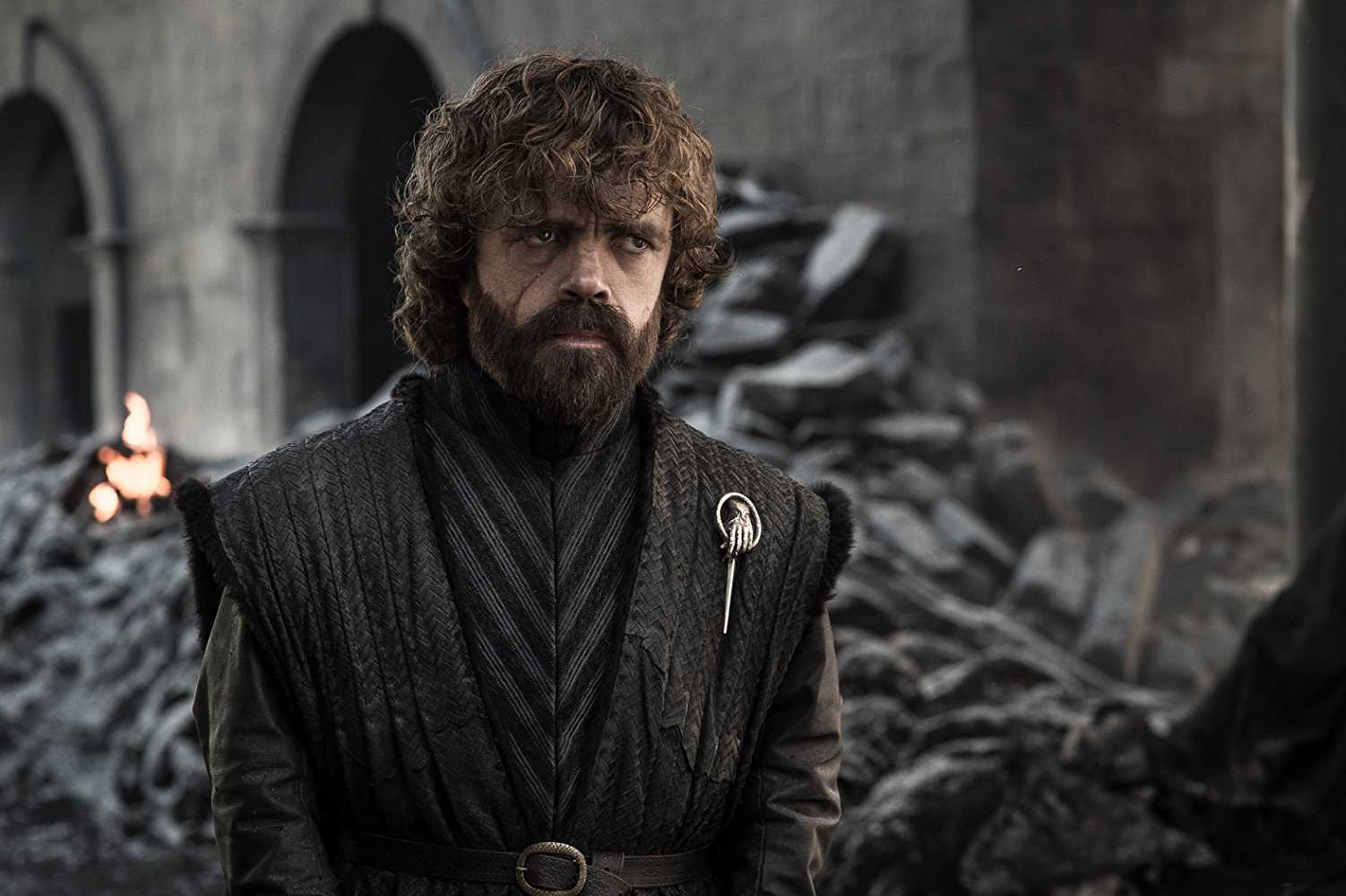 Even amid immense dissatisfaction, this final season facing new, unprecedented lows, a strong backlash hitherto unknown for a behemoth as ‘Game of Thrones’, and the most outrageous of them all, a fan petition to remake the last season with better writing, one still cannot deny that it is a heartfelt moment for the fans as the finale airs, and the cast and crew all say their final goodbyes as the journey moves to an end. After last episode’s major plot twist, Daenerys’ long foreshadowed transition into the mad queen, she is now the Queen of the seven kingdoms as the episode opens. King’s Landing has been burned down to the ground, and ashes cloud the sky as Tyrion walks the streets piled with bodies from the carnage of last episode. All of us knew Daenerys’ fate was sealed at that moment. What waited to be seen was just who’d do it. 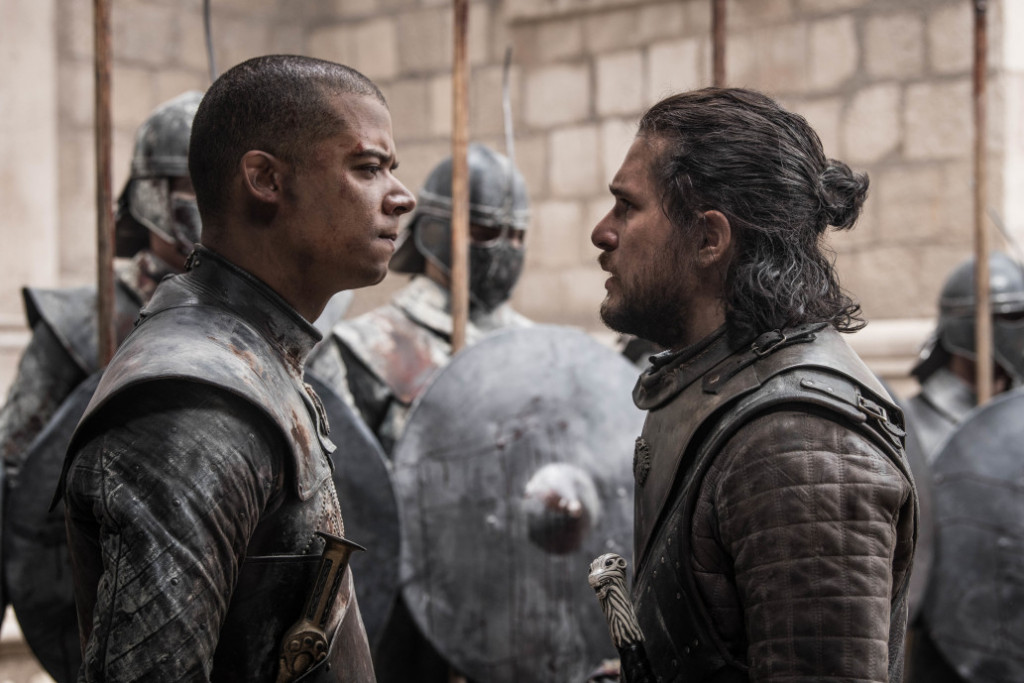 The first form of resistance against her act comes from Tyrion who refuses to be the Hand to her just as she is addressing her army and the survivors from the war. He is immediately captured for treason in freeing Jaime who was held captive before. He and Jon have a heavy handed conversation while he is incarcerated, something that would eventually go on to seal the fate for all of Westeros in the times to come. In a truly heartbreaking scene, Jon sees what would be the greater good for the seven kingdoms and betrays Daenerys, stabbing her just as he proclaims her his queen. In what is easily the most definitive and oddly satisfying moment for the entire season, a heartbroken Drogon, after fruitlessly trying to revive a fallen Daenerys, breathes fire upon the Iron Throne, melting the thousand swords that symbolised Aegon’s fallen enemies. It’s beautifully shot with some exceptional CGi, a suitably melancholic score, and a deep, deep, almost ironical allegory in there. Well done on that one scene! 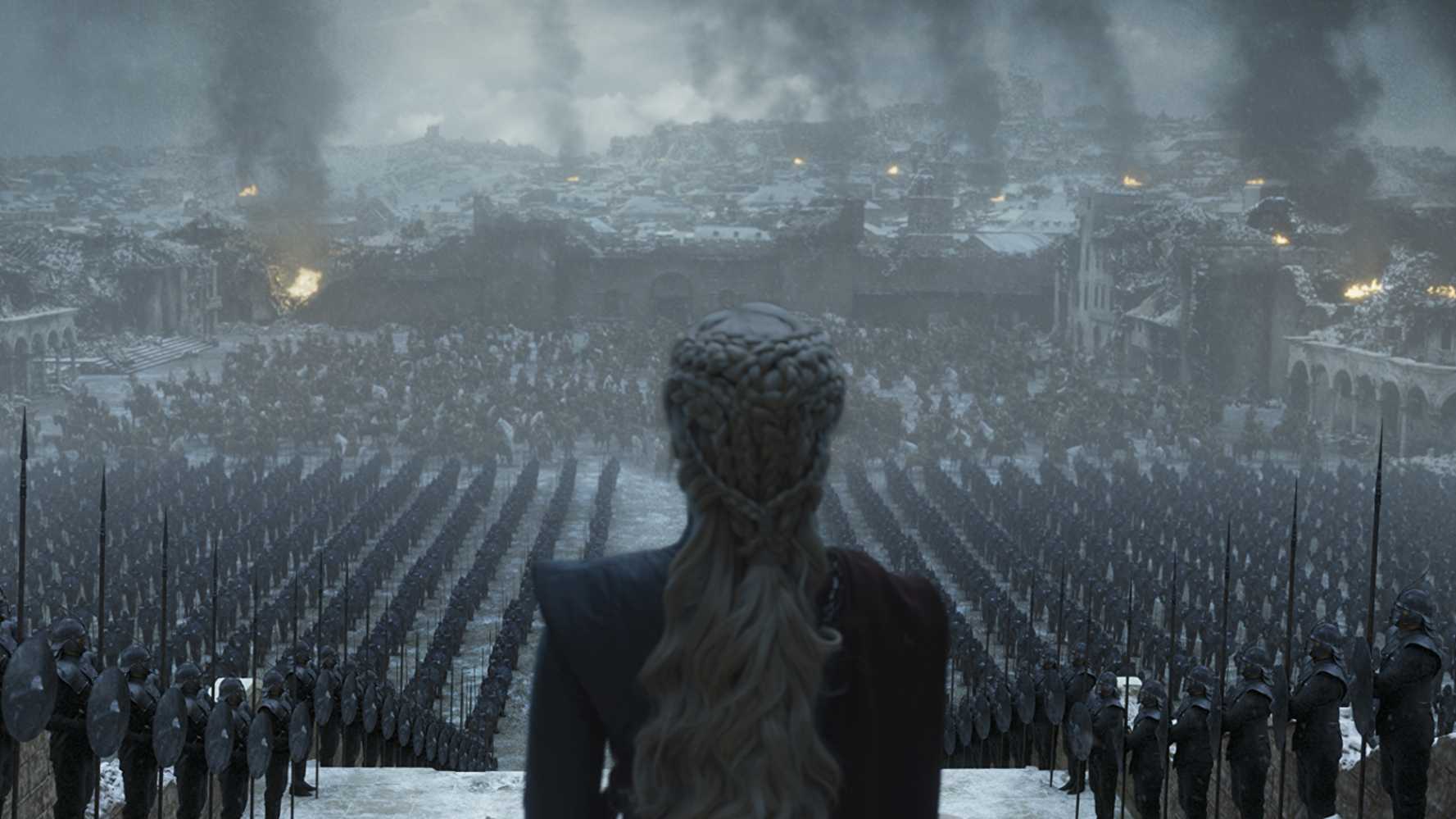 The episode quickly moves forward in a perceivable time shift, and Jon and Tyrion are both taken prisoners by the Unsullied in the wake of their queen’s death, as the lords and ladies of Westeros gather in the absence of a ruler. Tyrion is presented to the council in a trial of sorts, who immediately scoff at his idea of a democratic Westeros. The council quickly moves to electing a new ruler, and agree and confide in Bran on Tyrion’s advice. Sansa, while pledging her fealty and support declares that the North would be an independent kingdom, as it had been. Bran immediately declares Tyrion the hand of the king. The council then disbands, but not before deciding Jon’s fate: to be sent to serve at Castle Black at the Night’s Watch, which they think is the best way to stop a war from happening between his loyalists from the North and the unsullied who wanted his head for betraying their queen. 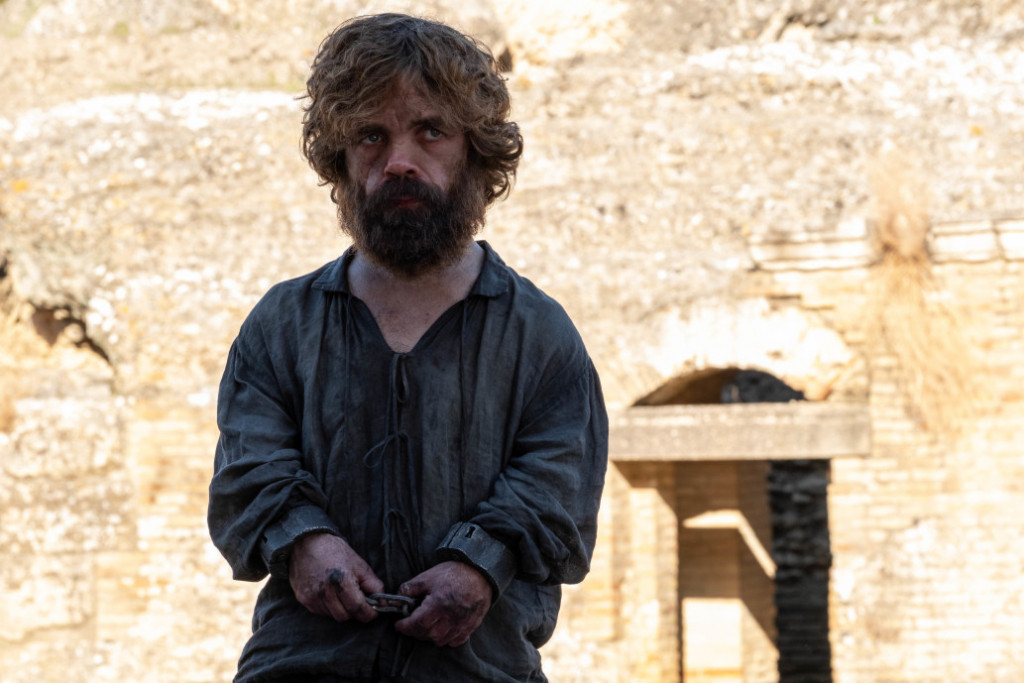 The day of Jon’s departure finally arrives, just as Arya decides to set sail and explore what’s “west of Westeros”. Grey Worm and the rest of the Unsullied too set sail for the island of Naath, Misaandei’s hometown. The newly reinstated small council sits and attends to the matters of the state including rebuilding King’s Landing and ensuring the supply of clean drinking water to its residents. The meet is presided over by Bran, and Tyrion, Bronn, Samwell, Davos, and Brienne are in attendance as the hand of the king, master of coin, the Archmaester, commander of the King’s Guard, and master of ships. The five proceed into incomprehensible socio-political banter, almost comical in tone, just as the camera moves away to indirectly signify what the fate of Westeros would be. 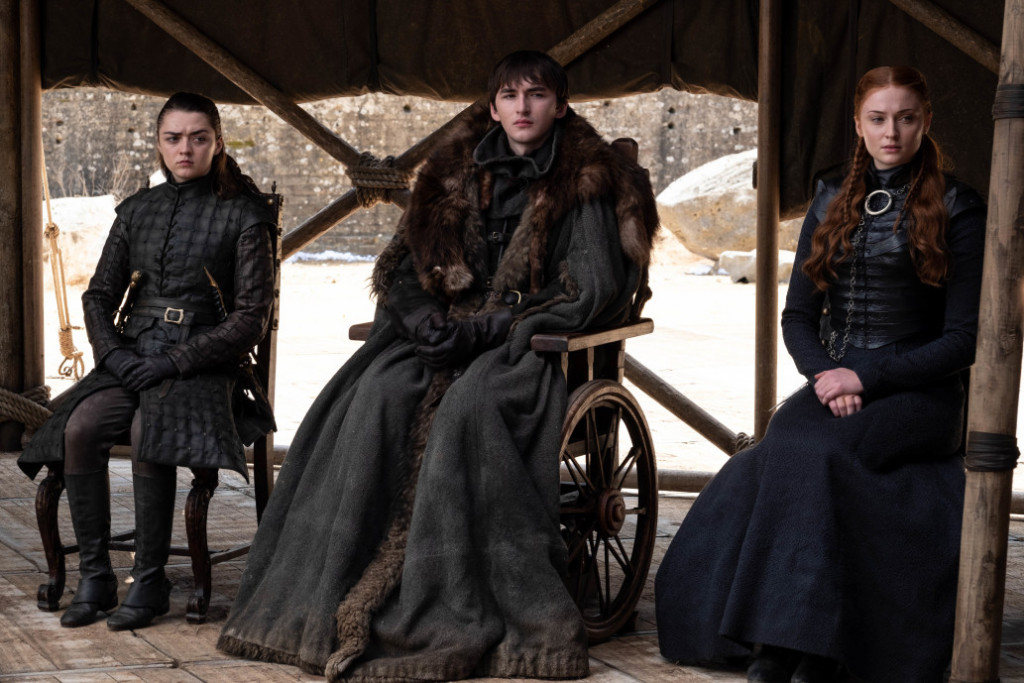 In true ‘Game of Thrones’ closing montage fashion, the makers and the showrunners establish that this show has been about the Starks since the beginning: their journey, their descent and their ascension. Just as Ramin Djawadi’s excellent score fills the screen, the final fates of the three Starks are revealed. Sansa is declared Queen in the North, while Arya sets sail for her voyage to beyond what the map charted on a ship with the Stark banner and sails. In a winning moment for fans and canine lovers alike, Jon and Ghost too are reunited at Castle Black, as he heartwarmingly pets the good boy. The episode closes as he is shown escorting the Wildlings North of the Wall. It is not spelled out, but heavily implied that Jon would assume the mantle of the King beyond the wall. A befitting title for someone who deposed of all. 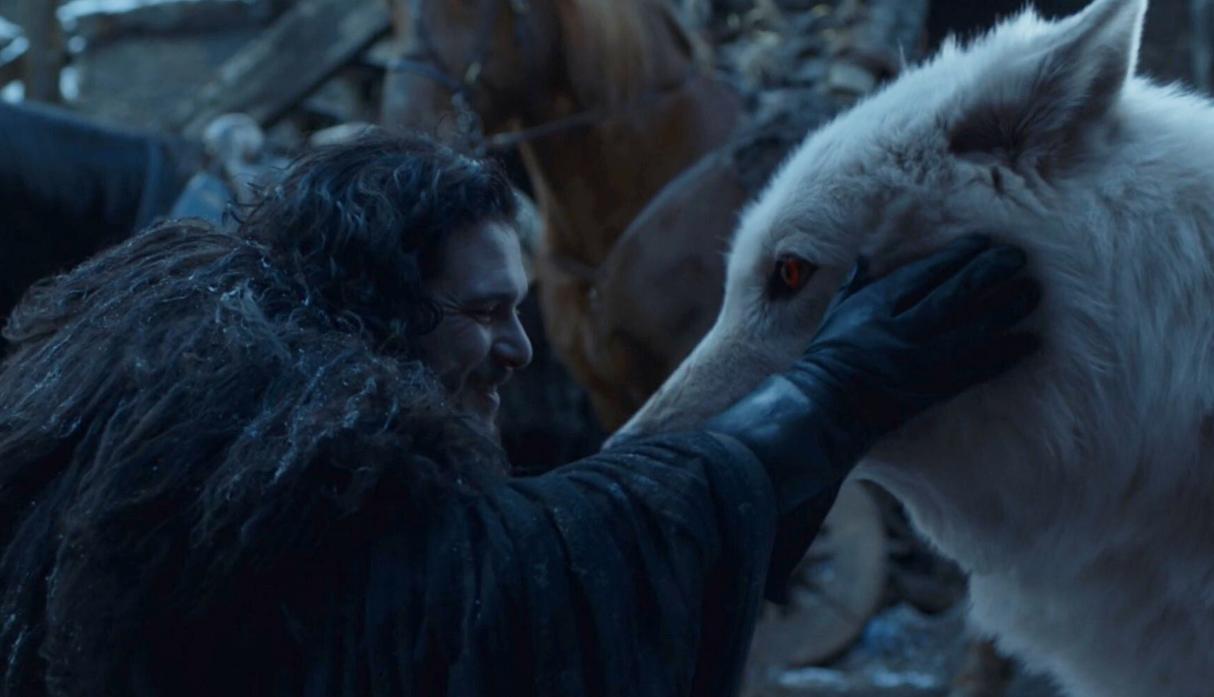 Well, with the recap out of the way, it is time for a verdict. I am intentionally going to keep myself from nitpicking solely for the overwhelming gratitude this episode left me with. The audience reaction on this one is going to be divided too in what is a case of seriously, unreally high expectations, which I believe is the dichotomy of popularity, but it is impossible for a fan to not have the entire series and its defining moments flash before their eyes just as the final montage appears, closing in the credits. Well, regardless of what the ending made you feel, satisfied or otherwise, it was always going to be bittersweet. A perfectly coy ending was never in the picture for ‘Game of Thrones’. It is as Ramsey said, “if you think this has a happy ending, you haven’t been paying attention.” And now with a heavy heart, their watch has ended.