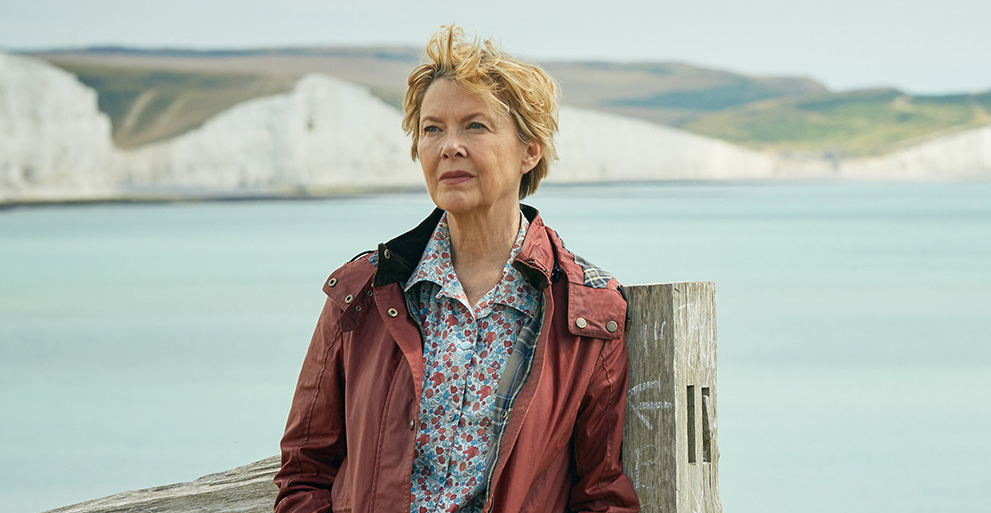 The history of films is replete with relationship dramas. Some films choose to focus on teenage couples, while others on middle-aged couples. Despite the abundance of films in the genre, rarely you will find a film made on an old-age couple. There’s a good reason why. While films dealing with younger couples can choose to focus on the hope, angst, jealousy, sex, and  passion between the pair, films about old couples have so much less emotions to play with. And therefore, it is extremely difficult to make the film interesting. Having said that, if done right, such films are an unforgettable experience — ‘Amour’ and ’45 Years’ are proofs. William Nicholson’s new film, ‘Hope Gap’, about a couple in their late 60s, is one such film that will move you and at the same time leave you smiling. It’s not a perfect film by any means, but still it is thoroughly enjoyable.

‘Hope Gap’ centers around Grace (Annette Bening) and Edward (Bill Nighy), who have been married twenty-nine years. When their son Jamie (Josh O’Connor) comes home to visit them in the fading seaside town where he grew up, he finds out that his father is planning to leave his mother because he has fallen in love with someone else. Despite Jamie’s best efforts, Edward tells Grace, who had no clue about his husband’s plans, that he can’t stay in the marriage anymore. Grace initially doesn’t believe him, but when he actually leaves, she goes through stages of shock, disbelief and anger. The rest of the film is how Grave, Edward and Jamie try to deal with the separation.

‘Hope Gap’ feels like a minor work and at times it tends to get repetitive, but if you are perceptive enough, you will find the film filled with wisdom about relationships that’s rare to find in modern day movies. What also is so great about the film is how funny and heartbreaking it is at the same time. Grace’s controlling nature makes it extremely difficult for her to accept that her husband has left her. On the other hand, Jamie find himself split between his mother and father. Edward regrets that why he didn’t leave sooner. The intricacies of how complicated relationships can be is what lies at the heart and soul of the film. Should you marry someone because you love them or because you can live with them? Many a times, those are two separate questions, even if we like to believe they are one.

Annette Bening is so fantastic that you feel the role was written with her in mind. Overall, ‘Hope Gap’ is delightful and charming, but as I mentioned earlier, it also has its share of shortcomings. The biggest one, in my opinion, is that the film’s ending is underwhelming. It’s important for a relationship drama to end on a high to leave a lasting impact. When ’45 Years’, a very similarly themed film, ends, you feel as if someone sucker punched you. The same is true with ‘Amour’. But writer-director William Nicholson chooses to end ‘Hope Gap’ with a poetry, which feels like a personal tribute that he is offering to his own parents. Sometimes, a great ending makes a mediocre film look good. In ‘Hope Gap’s case, it is the opposite. A great film that feels mediocre because of an uninspiring ending.