Review: I’m No Longer Here is an Evocative Coming-of-Age Drama 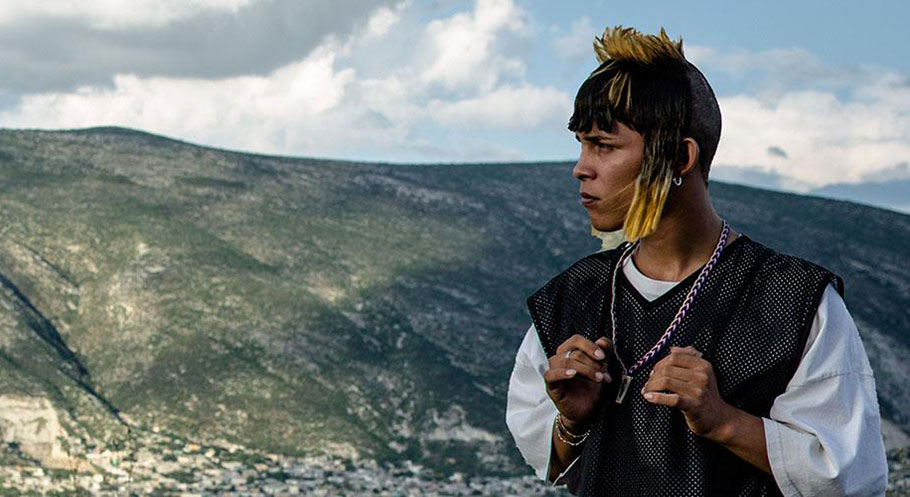 When the coming-of-age genre first made its way to television, as viewers, we only got a glimpse of the lives of a very specific regional demographic. A need for diversity seemed apparent, and it’s good to see that Netflix is now finally making that cultural shift by bringing a whole new end of the teen drama spectrum into the limelight. Although there has been a significant rise in Mexican teen shows lately, ‘I’m No Longer Here’ allows you to explore the sub-genre with a whole new lens. Without being suffused with unnecessary rhetoric, the film is able to bring to life an emotionally resonant story about one’s isolation, self-reflection, and struggles to hold onto one’s cultural identity.

The film centers around Ulises Sampiero, a quiet yet edutaining young boy who lives in the mountains of Monterrey, Mexico. He and his street gang, ‘Los Terkos’, spend their days dancing to decelerated cumbia music and attending parties. Carrying on the legacy of his elder brother, Ulises also maintains a peaceful relationship with the local cartels. Still, at the same time, as a leader of his gang, he ensures that he never gets too involved with the nefarious activities of the cartels.

Unfortunately for him, a misunderstanding ensues between him and a local cartel, forcing him to leave Monterrey and head to a diverse immigrant community in Jackson Heights, Queens, New York. At first, he tries to adapt to his new life and even forces himself to forget the threat under which he has left his friends. But soon, after realizing that he’s a complete misfit in his new surrounding, Ulises longs for the place he once called home—a place where he wasn’t looked down upon for his outlandish demeanor. 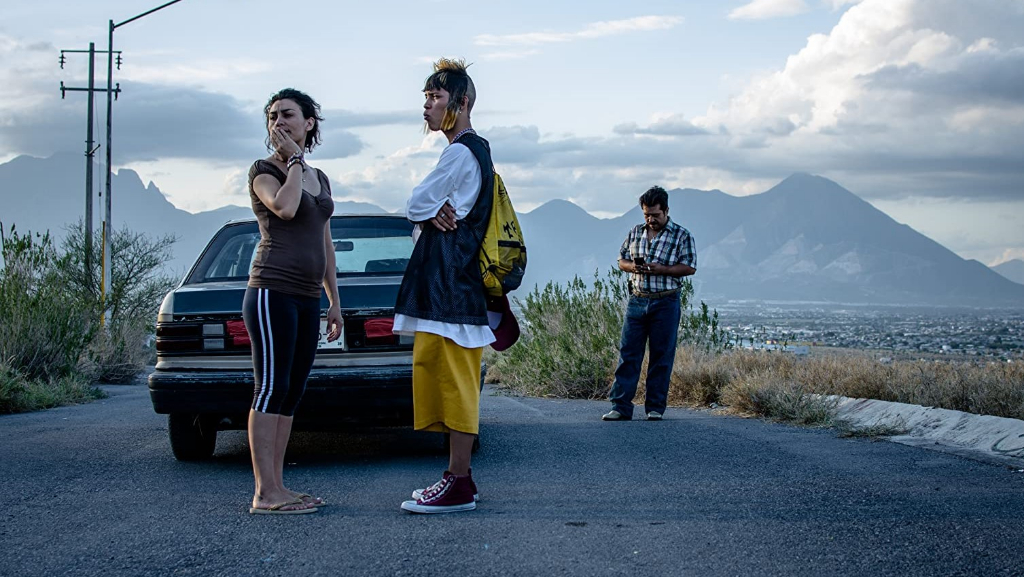 The first thing that grabs your attention in the film is the zany hairstyle of the protagonist, which seemingly appears to be a counter-culture distinguisher akin to the western mohawk. Adding more heft to the emblematic fashion of the “Kolombias” are their baggy clothes and groovy dance moves. It’s these elements that, at the very onset of the movie, establish a sense of authentic diversity, which further complements the themes that are introduced in its latter part. Once this cultural groundwork is established, the film shows a dissonance that the main character feels after he is forced to leave his roots behind him.

It’s during these moments that the film’s early cultural motifs become very significant as they allow you to hone on your ability to understand and empathize with the emotions of the main character. Even for the uninitiated, who watch the movie with no previous knowledge of the depicted culture, the film draws a very clear contrast between the past and present of the protagonist. As a viewer, this gives you the rare opportunity to engage yourself with something that is completely “outside” your domain. And isn’t that the reason why we watch foreign movies in the first place? Fernando Frias deserves a special mention here as his intimate direction makes the film a lot more immersive and impactful.

Apart from its representation of cultural discordance, the film also deals with themes of isolation and migrant experience in the US. Instead of perceiving these themes as an outsider, it allows you to experience all the challenges faced by the protagonist by presenting it as his personal memoir. The film achieves this by going back and forth between two parallel timelines that allow you to understand his unwillingness to adapt to change. One can also notice a stark disparity between the pace of the two parallel timelines presented in the film. Ulises’ past moves at a breezy pace showing how his life is simple and pleasant. On the other hand, the nimble pace of his present shows how it’s now full of trials and tribulations.

Although non-professional, almost all the cast members aptly play their respective roles, especially Juan Daniel Garcia Treviño, who is the protagonist. His eyes often glitter with resentment and rage that come from his immigration, which perfectly captures the raw emotions of his character. As the film mentions in its opening shot, he is a “Terko”—someone stubborn and unwilling to change his/her attitude no matter what happens. Lin, a Chinese girl, also plays a crucial role in Ulises’ cathartic journey. When Ulises first meets her, the film establishes an adorable relationship between the two. Contrarily, it is later portrayed that Lin was only fascinated by his “cool” demeanor and was only using him to escape her own reality.

The only flaw in ‘I’m No Longer Here’ is how it begins to linger into unnecessary plot points midway through its runtime. And as much as I do appreciate its editing, after a point, its consistent shifts in timelines become a bit too redundant. Still, if you patiently get past these brief spells of shortcomings, all of it eventually pays off with its bittersweet ending.