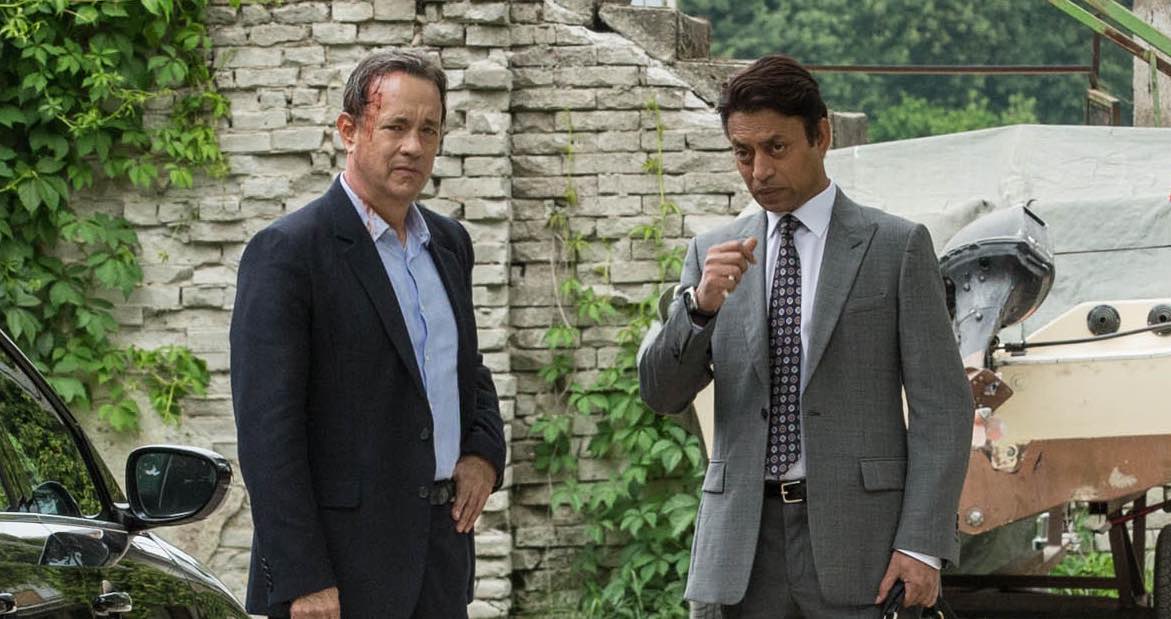 Books are treasure troves. They can easily transfer the reader to a make belief world where every word, every line comes alive. The reader starts experiencing the events first hand. And that’s where the beauty of imagination lies. Credit goes to the author to have come up with such layered work in the book. So naturally making a film based out of famous book is a tiresome job. The director runs the risk of spoiling the book as he brings down 600 odd pages to a runtime of 2 hours. Ron Howard faced similar issues when he made the film version of the blockbuster novel ‘Da Vinci Code’. Unfortunately ‘Inferno’ goes the ‘Da Vinci Code’ way and settles as a mediocre cinematic version of a remarkable story.

Symbolist Robert Langdon wakes up in a hospital in Florence, Italy with a gun wound on his scalp and remembering nothing. Falling in and out of fading memories, he gets his hand on a hidden map of Botticelli’s hell, described by Dante. The story takes a frantic chase across the ancient architectures of Florence with an assassin on his heels and a mysterious doctor as an ally, to end up as a search for a biological weapon in Istanbul, created by a crazy billionaire, to bring doomsday down to earth. And as it happens always, the good guy wins over the bad guy.

I would like to reiterate the fact that ‘Inferno’ had a remarkable story. Though it uses the same skeletal of ‘Da Vinci Code’, it morphs into a much smarter narrative. While ‘Da Vinci Code’ was rich in the biblical references, ‘Inferno’ gave the much deeper insight into the glorious period of renaissance. Additionally it had some marvellous twists to keep the readers engrossed. The movie pales in comparison as it deviates from its storyline and takes the formulaic route of a scholarly hero using his wits to save the world from catastrophe. Though he’s no Indiana Jones but Tom Hanks as Robert Langdon shines brightly and is as usual affable as the protagonist. Felicity Jones as Sienna Brooks shows potential but suffers due to a weakly written part. Irrfan Khan as the mysterious Harry Sims gets to mouth some entertaining one liners and is pretty good at it.

While Dan Brown pens up another delicious book for the suckers of art and history added with a dash of adventure, it remains with Ron Howard to make a smarter film out of it. Until he makes one, we bear the pains of watching run-of-the-mill flicks like this one. And that’s a shame to the talent possessed by the likes of Tom Hanks.