Review: ‘Knock Down the House’ is an Inspiring Political Documentary

I strongly believe that the truth of the day is that it is near impossible to make a truly, completely unbiased or neutral political film or documentary, and this statement holds more merit in the current political climate the world over, especially when people are absolutely quick to take sides and the advent of social media seems to have lent a voice to everyone with an opinion.

In that, Netflix’s latest ‘Knock Down the House’ knows what it is: a documentary chronicling the extraordinarily positive journey of four working class women who decided to contest the 2018 Congressional US elections against mostly incumbent, undefeatable candidates, in a hope to change things for good; and it keeps by that throughout its runtime of 87 minutes, which is among the film’s key victories. It is not hard to guess from the trailers that the documentary wishes to do nothing but celebrate their journeys and struggles, especially that of AOC more than it is interested in providing an objective look at the political landscape during the elections, so if you are stepping in expecting a radical political expose’ of sorts, you’re obviously kidding yourself.

The other place where I can guess the negative reviews are coming from are viewers that simply do not support the political ideology of the left wing or AOC in particular, dismissing the film as blatant propaganda. Well, since I am not very privy to the American political landscape myself, I am going to choose my review to reflect only on the filmmaking bits and what it made me feel about these four remarkable contestants despite. 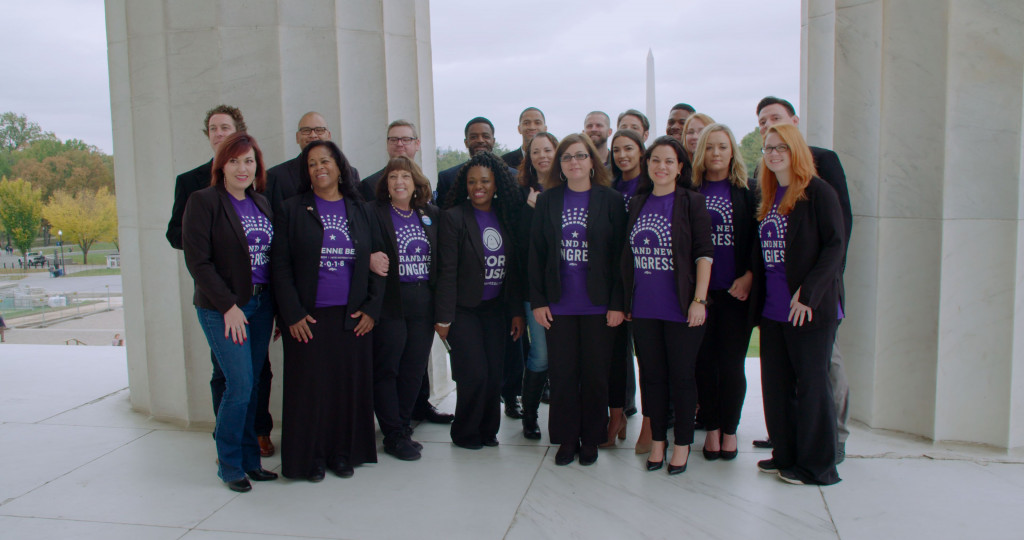 ‘Knock Down the House’ benefits its makers in already giving them the star of their film, Alexandria Ocasio-Cortez, knowing that she won in New York in the Bronx-Queens area, and she is suitably at the focus of the film, with the opening and closing frame being virtually her. As for AOC herself, irrespective of whether you can back her up on her political ideologies or not, you cannot disagree that she is a speaker of passion and an exuberant personality, and her speeches, debates and campaigning are easily the best bits of the film to watch, where AOC steals it through sheer conviction of her words and a winning body language.

Even as a neutral viewer, you are naturally in support of her simply because of talks of issues relevant to the working middle classes with a rare kind of passion, as opposed to, say, Joe Crowley’s. Apart from her, the film, for roughly half of its runtime also focuses on Amy Vilela who contested from Nevada, Cori Bush of Missouri, and Paula Jean Swearengin of West Virginia, each fighting for problems particular to their constituencies and dismissing the republican incumbency of age old leaders who they accuse of corporate funding and not paying attention to the problems of the regular working American: something that they thought could be solved by better congressional representation by a regular working class citizen, rather than the “suited white man” stereotype, far removed from the problems the people of their constituencies faced. 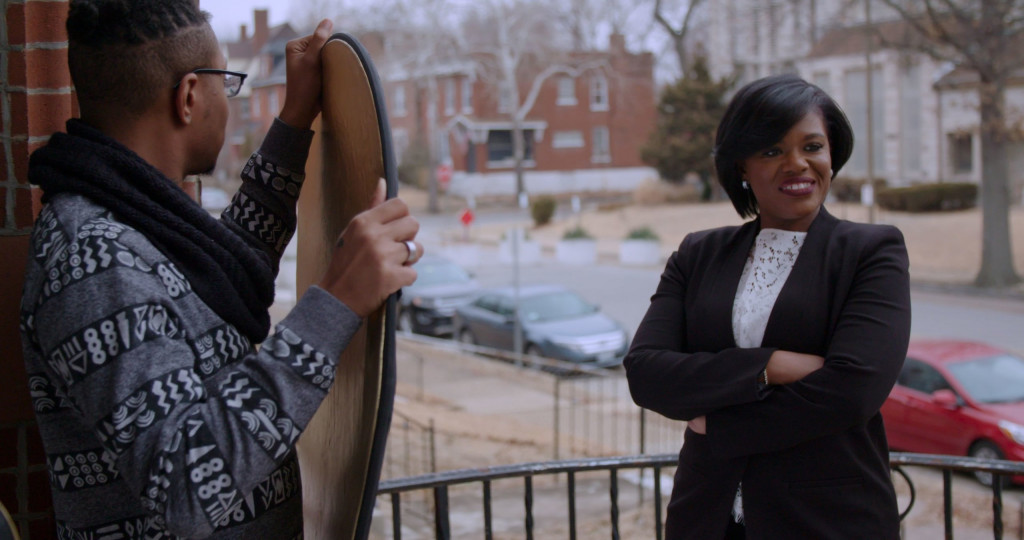 The film is a comprehensive and informative look at how these four women, not having any political inclinations in the beginning ended up building successful campaigns in the US general elections of 2018, starting from the grassroots through the support of the Justice Democrats and Brand New Congress to successfully filing nominations, to raising money for campaigning through crowdfunding, and what personally drove them to fight for change.

For the makers too, what started as a search for “charismatic female candidates who weren’t career politicians, but had become newly galvanized to represent their communities” that led them to these four candidates, the film becomes instrumental in documenting their campaigns and the climate that led to AOC’s win, and a strong race for Amy Vilela, Cori Bush and Paula Jean Swearengin. It’s about their hopes and dreams, how they wish to knock down the house in the hopes of bringing genuine change, and how they represented the American working class populace, and the American ideal. There are little unmistakable personal touches that the director adds to the story of all the four contesting ladies that adds to the heft of the story, and will undoubtedly sway your emotion when the final verdict of the election, although already known to everybody comes out towards the end. 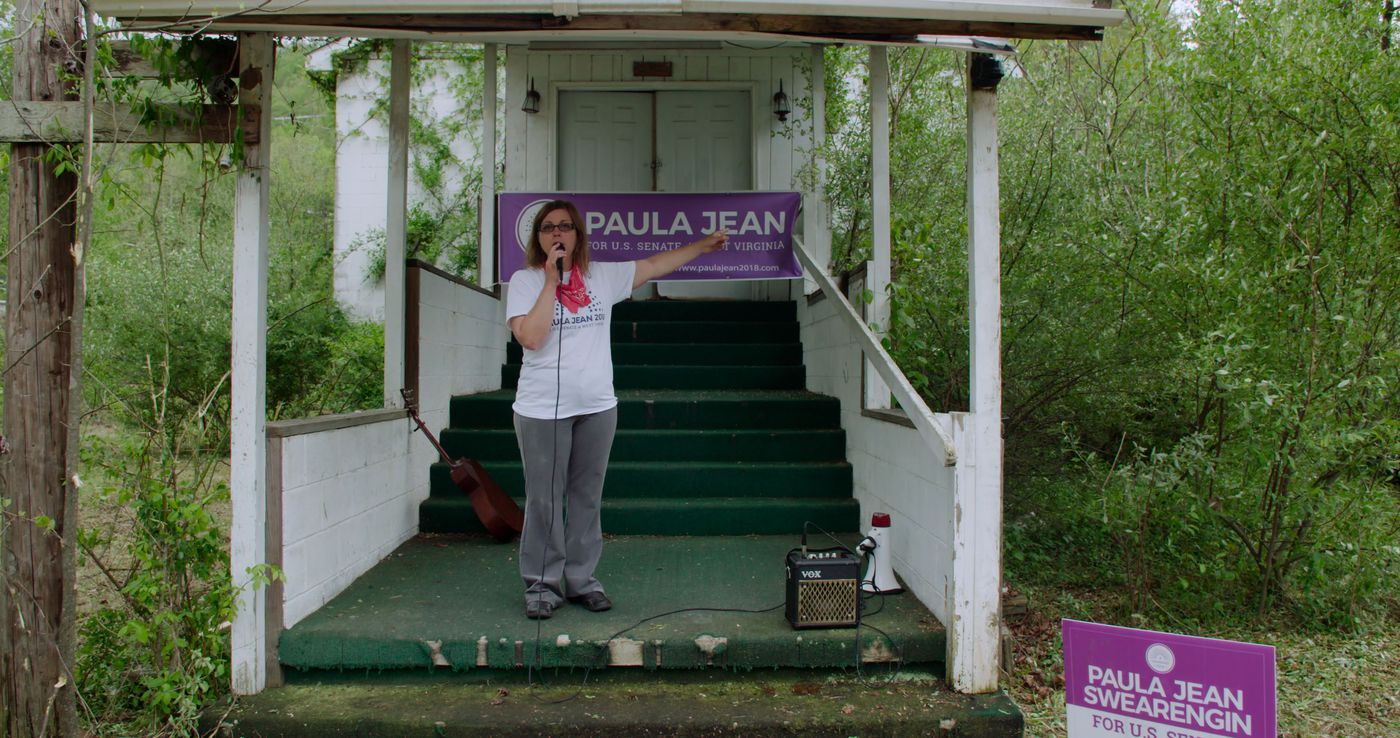 Technically speaking too, as stated earlier, one of the victories of ‘Knock Down the House’ is that it knows exactly what it has set out to do and stays by it, and the same remains true in the filmmaking departments as well. The style is pretty straightforward and not messy or indulgent at all, and while I personally am a fan of stylised documentaries (take Netflix’s ‘Shirkers’ from last year, for example), this one does well to stay far off from those trappings. The editing is crisp foregoing a few minor aberrations, the style of shooting and the camerawork is befitting of a documentary of this nature, and the background score mostly suitable, except for being a tad bit too manipulative in the final bits of the film, the last point applying to the film as well. 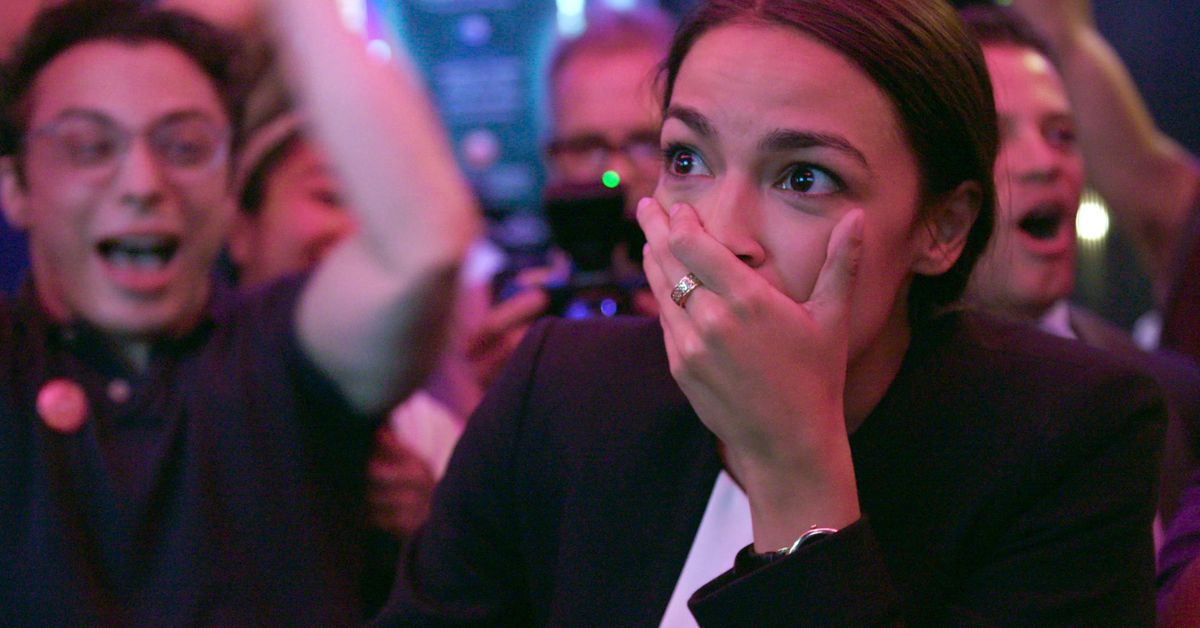 There is no doubt that you will find the documentary informative if you watch it with an open mind. Alexandria Ocasio-Ortez finds herself as the unlikely protagonist of this political docu-drama and she is the reason it sails through even in the bits towards the middle when there is nothing much to say until the elections kick in, although she was right in admitting that her voice did go two octaves higher when she was trying to act polite to someone. It is touches like these that don’t let the film feel completely impersonal, and is all the more involving for it. The story seldom wavers, but in my opinion could have done with a tad less sentimentality that fails to have the intended impact. The bits with the comparative breakdown of AOC’s and Crowley’s manifesto by AOC herself were definitely an interesting insight, and ‘Knock Down the House’ could have surely used much more of those.