Review: ‘Krisha’ is a Horror Movie About Life and Relationships 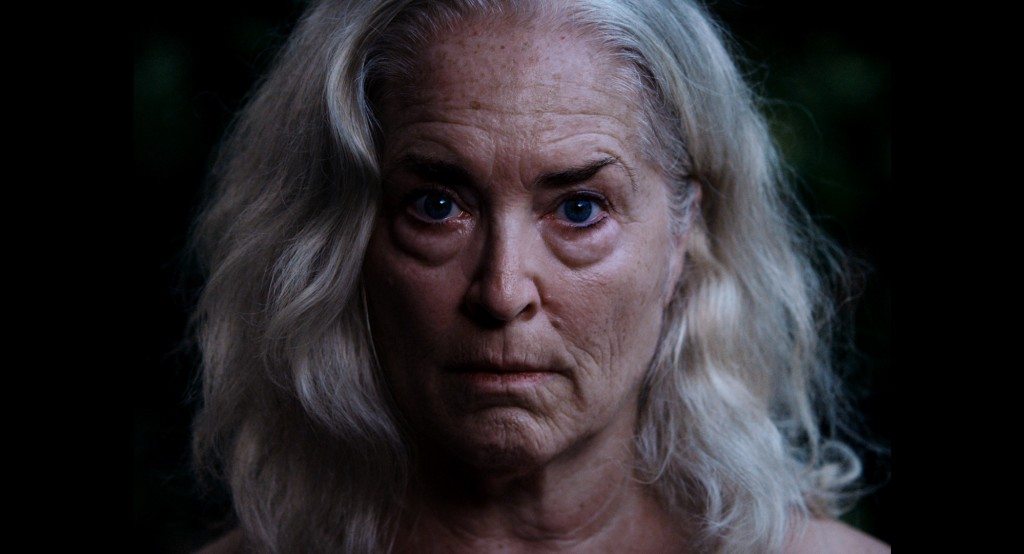 I came out of ‘Krisha’ feeling as if someone had stuck a knife straight into my heart. I was devastated, bewildered and felt emotionally vulnerable. I wanted my mom to hold me and say, “It’s alright”. Now, that’s the kind of movie experience that you won’t have every day, and in the rare instance that it does, once must cherish it with all the care in the world, and start believing in the power of cinema again. I saw ‘Krisha’ more than two months back, and it took me this much time to get over the pain and start writing about it. Very rarely have I had this experience, and that is how I know ‘Krisha’ will always occupy a special place in my heart, and that director Trey Edward Shults is the man to look out for.

The story of the movie is probably as interesting as the movie itself. Shot in true indie fashion, debutant Shults developed the final screenplay from a short film had made. He rounded up his friends and family members for a weekend at his house and shot the entire film. Edited by Shults himself, the final cut first premiered at the South by Southwest Film Festival where the movie stunned audiences, who just couldn’t fathom the depth of what the young debutante had achieved. And from there began the success story of ‘Krisha’, which then premiered at Cannes and won the prestigious New York Film Critics Circle Award and the National Board of Review Award for best feature debut. Trey Edward Shults had arrived, and from the looks of it, he is here to say.

To condense the complexity of a thinly premised movie like ‘Krisha’ in a review is next to impossible. ‘Krisha’ stars Shults’ aunt Krisha Fairchild in the eponymous lead role, portraying a troubled, recovering alcoholic returning to her estranged family after many years for Thanksgiving, which flairs up tensions and digs up old wounds. Shults here does not adhere to any particular genre as the movie seamlessly shifts gears from horror, to drama, to thriller and back to horror again. It is amazing to see how assuredly he builds up expectations for the audience and then effortlessly defies those expectations while plunging us deep into the psyche of a broken woman. Even though her family welcomes Krisha with open arms and pampers her with affection, there is a sense of tension that very slowly grows over the course of the day she spends with them. And Krisha, despite being glad to be back home among family, understandably feels out of place since everyone, including her estranged son, have moved on. It is a very fine thread of familial dysfunction and discord that Shults treads here, but he pulls it off and does so with brilliance. 2016 was a great year for female characters. Some of my favorite characters of the year were women, and Krisha sits right there at the top. What is astonishing about the characterization of Krisha is how Shults makes us empathize with this wretched, broken woman desperate for love and a sense of belonging.  Maybe it is because we relate to her; may be because we all know that we are all broken inside, but there sure is a part of me that wanted to hold her and comfort her, while the other part of me wanted to get away from her. It’s a complex, emotional dichotomy that Shults generates, and not too different from what her own family is going through. We know right from the beginning that the evening isn’t going to pan out well, but we still hope; rather Shults makes us hope that the social niceties would be set aside just for once, and these people just talk it out….. but no. Shults makes us yearn for a dramatic resolution but ultimately doesn’t give us one.

‘Krisha’ is undeniably one of the best written movies of the year – the depth in the characterization of Krisha reminded me of P T Anderson and his classic ‘There Will be Blood’. But, not only in the writing department, Shults scores heavily in the other technical aspects as well. The cinematography has a distinct Terrence Malick aesthetic (not surprising, considering Shults worked in a lot Malick’s recent ventures), and it really works. Shults and his DOP Drew Daniels creates a claustrophobic effect quite early on and that ultimately complements Krisha’s eventual unraveling. And the score – the weirdly brilliant, eccentric, eclectic score by the talented Brian McOmber (of ‘Ugly’ fame) perfectly complements the visuals and builds up an aura of genuine horror.

So many times in the movies do we see popular actors struggling with realism and subtlety that it was a revelation to watch a bunch of amateurs give one of the finest ensemble performances of the year. And the ferocious and breath-taking Krisha Fairchild carries the entire film on her shoulders, portraying a complicated woman slowly destroying herself and everything she cares for in the world. She is at once terrifying and heart-breaking, and Fairchild completely blew me away with her performance. It is a shame she wasn’t nominated for her performance, with the Academy as usual favoring lesser performances by A-list actors (Read: Meryl Streep and Emma Stone)

‘Krisha’ is the kind of movie that disturbs you to the core without any gore or violence; it is the kind of movie that will keep you awake at nights. Shults puts us right in the middle of a family reunion with a dysfunctional woman, and everything goes south as we are made to feel utterly helpless and debilitated. Shults paints a painful and scary portrait of modern familial relationships and how they are rarely anything more than an arrangement of convenience.