Review: Never Have I Ever Season 1 Episode 2 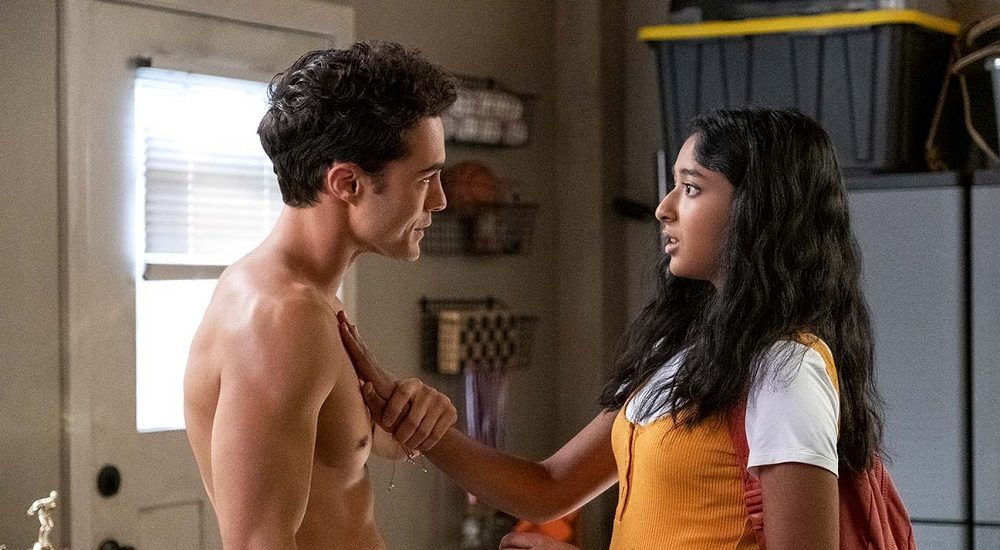 Hot people don’t have problems, or at least, that’s what Devi thinks. With her therapist, she talks about the new challenge that she has created for herself, the one she believed would make her feel better. At the end of the previous episode, she had asked Paxton if he would have sex with her, and to her surprise, he said yes. Finding her situation unbelievable, Devi prepares herself for the next step towards becoming one of the cool kids, but there are several problems in her path; some of them are hers, some of the people around her.

Never Have I Ever Episode 2 Recap

After Paxton agrees to Devi’s wishes, she starts thinking about what seems inevitable now. It begins with a sex dream, or at least, that is what it should have been until dream-Paxton started complimenting her. She talks about it with her therapist, who advises her not to act rashly in such matters. Doctor Ryan also comments on her mental state and the fact that she still doesn’t talk about her father. At school, Devi tells Fabiola and Eleanor about her conversation with Paxton, though she makes some minor changes regarding who approached whom.

Finally, the time comes to lose her virginity, but she freaks out and runs away. She realizes that she knows nothing about anything, and prepares herself by researching on the matter. The next day, too, however, ends on a bad note, and Paxton finally calls off their agreement.

At home, Devi meets another distressing situation when her mother decides to sell her father’s moped. This leads to an argument between them. Kamala, too, finds herself in a complicated situation because her parents have suddenly dropped the idea of arranged marriage on her.

Never Have I Ever Episode 2 Review

While the first episode of ‘Never Have I Ever’ had been completely focused on chalking out Devi’s character sketch, the second episode expands the horizons for its supporting characters by adding more details to their narrative. Devi is dealing with the grief of her father’s death, something that she doesn’t like to talk about. She tries to distract herself by finding new projects and setting new goals for herself and her friends. However, the pain creeps up on her one way or another.

We also find out that she doesn’t acknowledge or even know about the problems of the people around her, especially the ones who she thinks are perfect. She is bothered by Kamala’s presence and also expresses jealousy about how she is getting a man in a package from her family. What she doesn’t see is that Kamala does not like the idea of arranged marriage, and in fact, in going forward with her parents’ wishes, she is letting go of a relationship that she loves.

Another person whose pain Devi remains oblivious to is her mother. While Devi is infuriated with her selling the moped, we also find Nalini reliving the memories of her husband and how it is much more meaningful to her. These scenes give an emotional arc to their story, which would have seemed hollow otherwise. The show also hints at the closeted sexuality of Fab. In the previous episode, she had agreed to ask out Alex because that was what Devi had planned for them until she figured out that El had already found a guy for herself. Both Devi and Fab lie about their respective love lives, which, according to their friend, are blossoming fabulously.

The show continues to remind Indians of how they love things to be blessed, be it books or mopeds, and things like this do put a smile on your face. The comedy also arises from Devi’s awkward interactions with Paxton, but the introduction of a new character also adds gravitas to Paxton’s hot guy persona. Devi discovers that he, too, has insecurities just like her. So, hot people do have problems, after all.