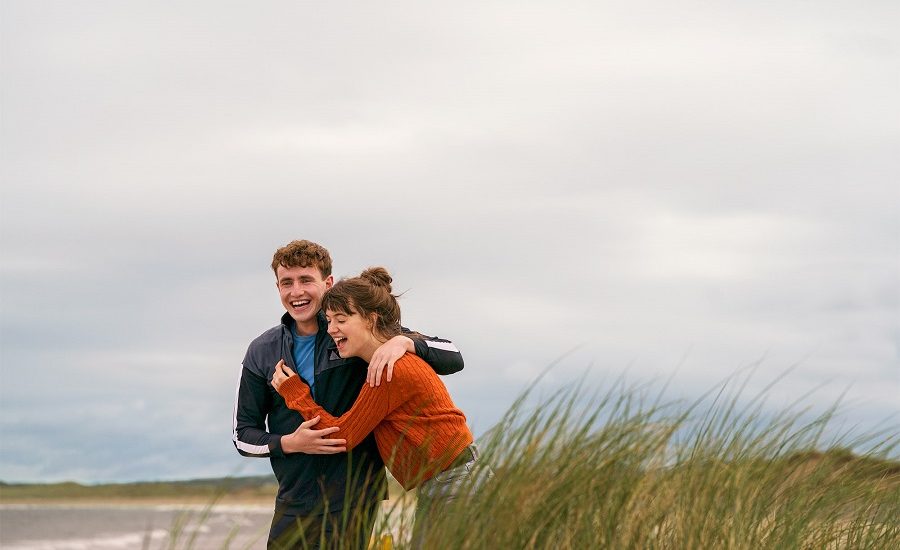 After teasing us with the romance of Marianne and Connell in the first episode, ‘Normal People’ uses the second chapter of their story to focus on their quickly evolving relationship. Both of them shed away their inhibitions, which they continue to put up for show at school, and become more natural in each other’s company. We witness the early days of their love, the phase when people are too captivated with each other to notice anything else. However, as their affair soars, they are also faced with the complications of keeping it a secret.

Marianne and Connell’s romance take flight as they start meeting each other in the secrecy of their homes. At school, they keep up the disguise of belonging to different worlds. But outside it, they explore the things that make them similar. After the initial awkwardness, which is also the first time for Marianne, sex becomes an important element of their story, which is where we see the power dynamic in their relationship. They also discuss college and what lines they should pursue, irrespective of what career they want for themselves. Marianne also deals with the insecurity that comes with Connell’s love.

The first episode had set the mood of the story, and in this one, ‘Normal People’ builds upon Marianne and Connell’s relationship. Like a dreamy romance film, we watch them fall further for each other. The difference in their behavior at school and in private is highlighted, which emphasizes the importance of public image for both of them, especially Connell.

One of the central themes of this story is the class divide. It is not just about the financial standing of their families, but also about their reputation at school. In fact, how wealthy Marianne’s family is doesn’t even matter when it comes to her and Connell’s social standing. In this equation, he holds more power over her because of his popularity at school. It is his reputation that is at stake here; he is risking something by being with her. And so, he is doing her a favor.

Connell is aware of the upper hand that he has and wields it on Marianne by leaping on the plan of not making their affair public. For her part, Marianne, too, gives him more control by putting forth the idea that she will do anything for him. We also come across this tipping of scales in Connell’s favor through the sex, which Marianne seems too eager at.

She compares herself with his previous partners and wonders if she is making it up to him through the only thing that she can. But of course, Connell has much more emotional investment in the relationship, even if he doesn’t yet acknowledge it. The episode also pits the contrast of their exciting secret affair to the cruel torment of Marianne at school, to which Connell doesn’t respond at all. It further feeds her insecurity; it makes her think that she is not worthy of him and hence, must be the one to give the relationship her all.

The episode flows like a mellow love song in a lazy Irish town. It adds to the nuances of the lead characters, grounding them in an affair that will decide the rest of their love story. It also sets a clear definition of who’s getting what from this romance, which is what will dictate their feelings and actions in the coming episodes. What makes the show even better is that it has picked the realistic nature of relationships so dexterously that the viewers will find themselves going back to a similar one they were once indulged in, or make them wonder about it if they are currently a part of such a dynamic.