Review: Oscar Contender ‘The Salesman’ is a Finely Crafted Drama 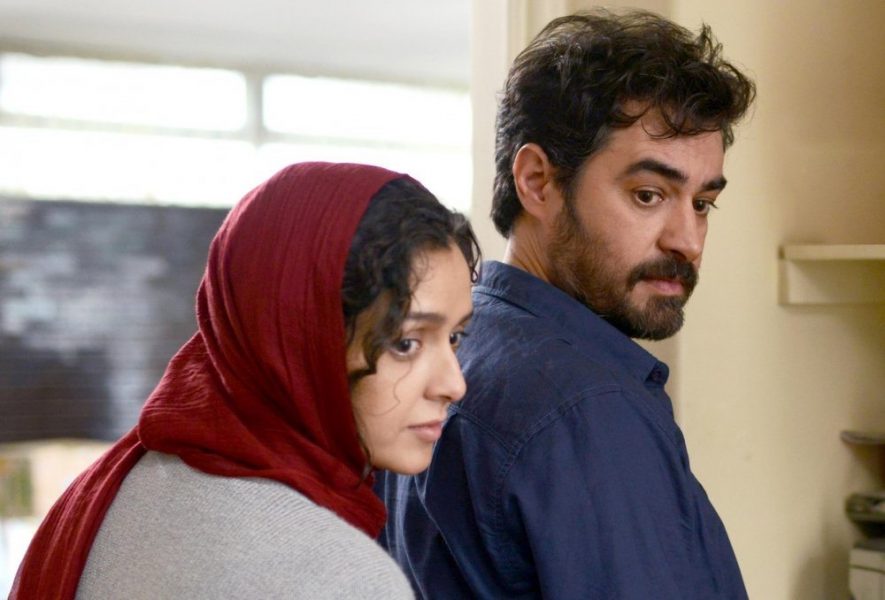 ‘The Salesman’, which was nominated for Best Foreign Language Film at the Oscars on Tuesday, is the new movie by Asghar Farhadi, a previous winner in that category for ‘A Separation’. His latest is emblematic of his previous works, which has made him a well-known name in the film world.

The title refers to the main character, Emad (Shahab Hosseini), who is a teacher but performing in a production of Arthur Miller’s ‘Death of a Salesman’, along with his wife Rana (Taraneh Alidoosti). Emad and Rana’s lives are a bit chaotic now; they recently had to leave their home due to construction issues and found a new apartment to live while the problems are solved.

One night, Rana is in their temporary apartment, just off the phone with Emad, who has informed her he was on his way home. She opens the door for him, expecting him in a matter of minutes, and starts to get ready to take a shower. Before Emad gets home, a stranger enters their apartment, attacking Rana in the bathroom. Emad comes home to find her in a pool of blood, badly hurt and lying on the floor.

Rana can’t remember any details of the attack and we aren’t sure who did it either. The attacker is never seen by the audience and the actual violence occurs off camera. The film progresses as an emotional game of tug-o-war between Emad and Rana, who are overwhelmed with guilt and confusion, trying to put the pieces of Rana’s assault together. The events that transpired begin to take a toll on their marriage and the movie watches them grow further and further apart.

‘The Salesman’ is essentially a portrait of a troubled marriage, told through Farhadi’s eerily calm lens. He doesn’t sensationalize the attack because he doesn’t want the focus to come off of his two main characters. He quietly and slowly builds tension through the film, sometimes a bit too laxly, before bringing us to his gripping final act. Farhadi asks for your patience and, if willing to give it to him, he makes the film worth it.

A finely crafted drama, ‘The Salesman’ is a slow but effective film, calling to mind the elements that made Farhadi’s previous films so great. It won’t have the power to overtake Germany’s ‘Toni Erdmann’ or Sweden’s ‘A Man Called Ove’ at this year’s Oscars but it’s still a movie worthy of your time.