For the lovers of the fantasy genre, mythologies are the mines of the stories that will never get old. The old gods and the new, their fierce battles with equally intimidating enemies, and the legends about their superpowers are some of the common tropes that you’ll find in every mythical story. The stories of the Norse gods are one of the most popular ones to come out of the Scandinavian folklore. Parts of it have been adapted by storytellers since a very long time. We only need to look towards the giant comic book/film franchise that has taken the world by storm.

Netflix, too, has tapped into the trick by bringing out a modern version of it in the Norwegian show, ‘Ragnarök’. While the film of the same name turned around the fate of the ‘Thor trilogy’, the same can’t be said about the TV show. It doesn’t come with the same splendour or even the same theme as the movie, but it has its own merits. It might not give you the Hemsworth-y Thor you would expect, but it does deliver the Hiddleston-y Loki, and you wish there was more of him.

Magne, a dyslexic boy, returns to his hometown of Edda with his mother and his younger brother, Laurits. The first act of kindness brings him face to face with a mysterious woman who touches his forehead and awakens something inside him. From here on, Magne starts noticing the changes in him. He becomes stronger, faster, better; but he still can’t read, so maybe there’s still time for him to reach his full potential.

At the school, he befriends a girl named Isolde who is an environmental activist. She runs a YouTube channel where she exposes the degradation of her town, the melting of the glaciers, and the increasing number of sick people in Edda. All of her inquiries point the blame on the Jutul family. Because they are very rich and very influential, neither Isolde nor anyone else can touch them. Soon, Magne discovers that there is much more to Jutul’s villainy than he had expected. 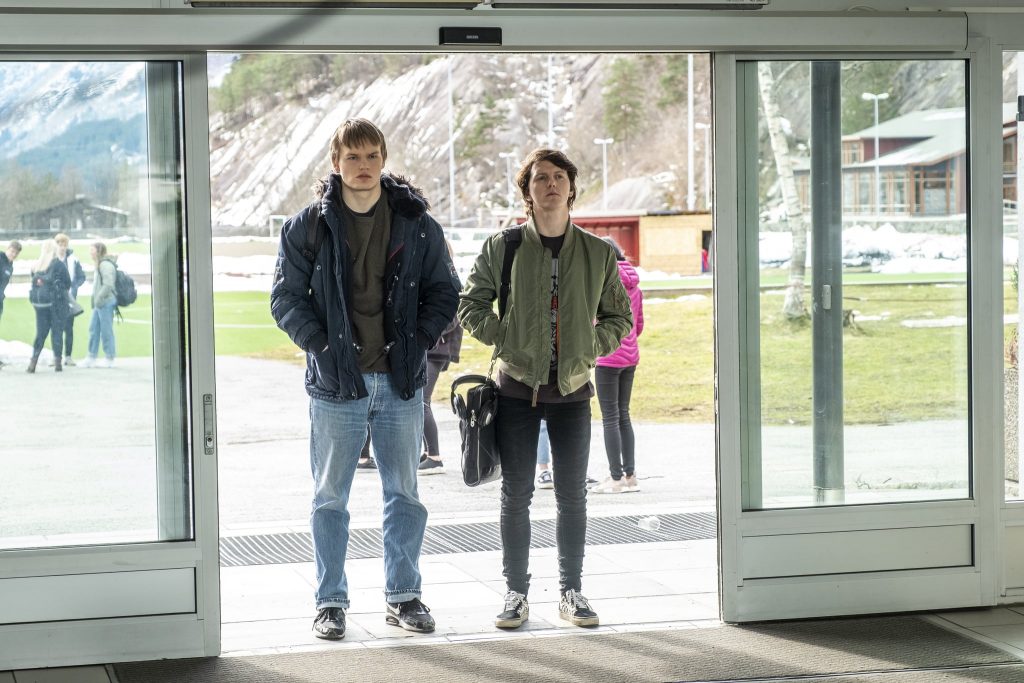 For those who have grown to love Nordic shows on Netflix, ‘Ragnarök’ is another treat for the eyes. It captures the beauty of the small Norwegian town in an amazing contrast with its worsening state. While you get to see the snow-clad mountains and the mist-laden woods, you also get to see the decay of the town in the name of progress. This also keeps you in touch with the soul of the story, lest you get carried away in its mythology. Whether or not the gods and giants engage in an epic battle, you have to understand that the water is polluted and the world is coming to an end.

On the surface, blending the current environmental concerns with mythology feels like a great idea. It promises to not just be an entertaining story, but also an enlightening one. In its first episode, ‘Ragnarök’ lays the groundwork for that by arranging the chess pieces for the impending battle. The setup works fine, but by the end of the season, the show loses its touch and the sub-plots that should have come together seamlessly become too distorted to paint a good picture.

One of the problems with the show is its characters. Starting with the protagonist, Magne is a worthy hero. We see through his actions that he is kind, caring, compassionate and becomes increasingly desperate as all his attempts to get justice are laid to waste. He is a naïve teenager and he trusts the wrong people, not knowing how to take control of the narrative. But then, we are told, rather than shown, that he can get violent and aggressive. He is presented as the kind of person that people, at least the ones who know him, would take seriously. But in reality, no one does. Sometimes, the inconsistency in the showing and telling of his character becomes frustrating.

Moving on to the villains, we get nothing new there either. They neither consolidate their threat as evil forces from the legend, neither do they play well as the rich who are ready to destroy the earth for their profit. They are definitely dangerous, but you never really get why they have to be evil. Just for the sake of it?

The only character that makes complete sense is Magne’s brother, Laurits. He might not (yet) possess supernatural powers, but he fits the role of Loki like a glove. Right from the appearance to being a troublemaker, Laurits is the character that I wish was explored more. Jonas Strand Gravli’s performance turns Laurits into an instant favourite, and if he is cast as a young Loki in the MCU, there would be no complaints. Hopefully, we’ll get to see more of him in the next season, if Netflix decides to go forward with it.