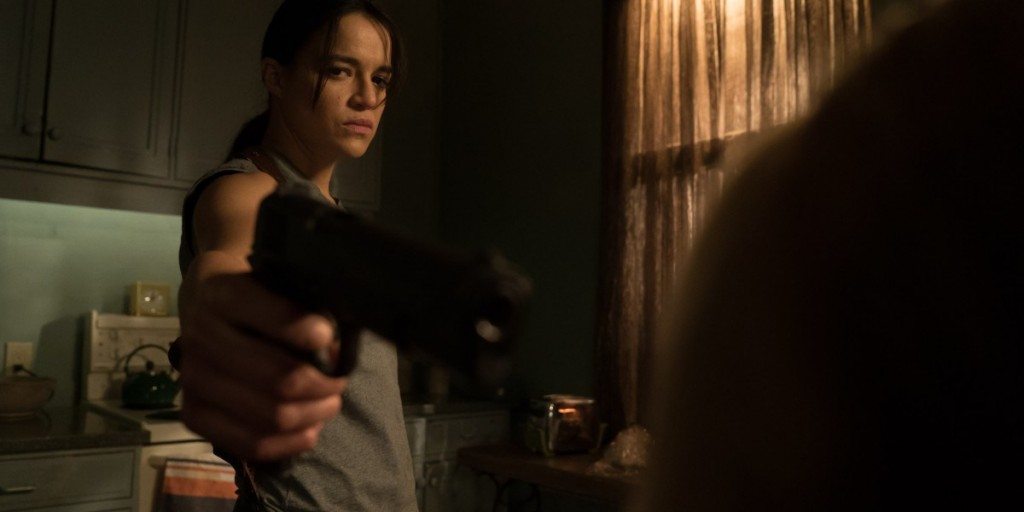 Walter Hill is the master of action films and westerns, a rock solid director with a long career and many wonderful films behind him. He superbly guided the pilot episode of HBO’s superb Deadwood, launching that series in a perfect manner.

Re-Assignment is far from perfect, yet somehow it manages to be entertaining.

First and foremost it has a stunning performance from Sigourney Weaver as a psychotic surgeon who tells the story in flashback to a court appointed psychiatrist.

Her drug addict brother was murdered by a deadly hit man from Florida, Kitchen (Michelle Rodriguez) and rather than the killer she has him brought to her and she gives him a new lease on life, by performing a gender re-assignment making the killer a woman. Waking up she is in a rage, checking out her body, but accepting it and then heading off to kill the men who betrayed her.

That in essence is the plot, a modern day western really.

Weaver gives one of those astonishing performances we see sometimes in not so great movies, like Jon Voight in Anaconda (1997) or Morgan Freeman in Street Smart (1987). Clear eyed, unrepentant, and brilliant she is truly frightening as she explains what she did and why. When she explodes in rage she is terrifying, but even more frightening is the manner she wields her knowledge, her surgical skills is horrifying.

Rodriguez is more problematic, she just does not work as a man. Her features are too soft, her eyes too pretty, she is unconvincing as hit man.  There are pretty men, and perhaps knowing it was a woman impacted my opinion, but it was a distraction seeing her in a beard. She nails the cold blooded killer to perfection, and as a woman seeking revenge, she is perfect, but I could not shake the early scenes.

The film is violent, framed by Sin City like colors and is at times fun to watch. But art it is not.