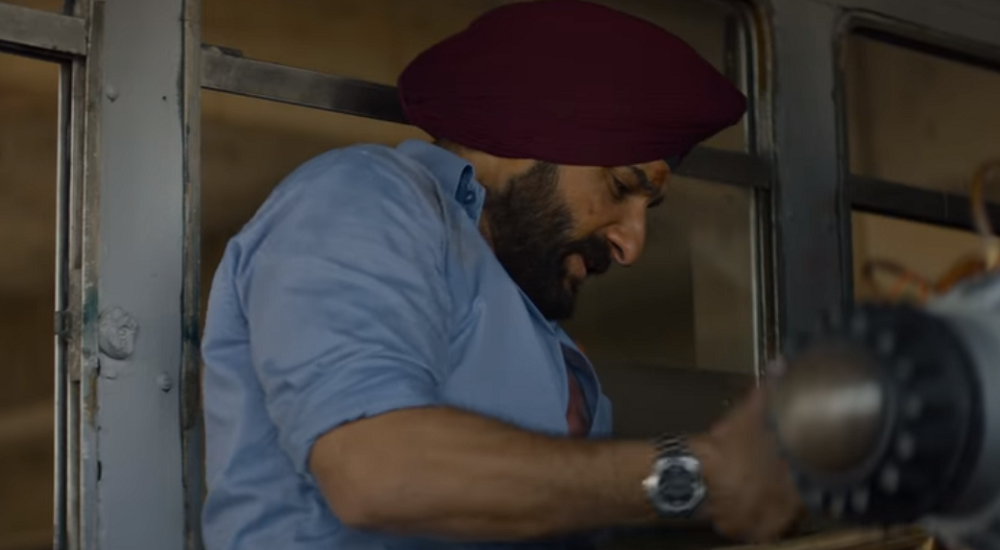 And just when I was starting to believe that the show was done with all of its cliffhangers, season 2 comes to an end with a finale that has one of the greatest cliffhangers ever. This final episode is nothing but an endless loop of thrilling revelations not just for us as viewers but for the characters as well.

This season finale also presents an unforeseeable connection at the beginning right before the opening theme kicks in. Those of you who could not wrap your head around it, you should definitely check out our explainer for it. Apart from that, revelations are made about how Gaitonde was being betrayed all this while, even by the ones he trusted the most. Pretty much all of us had forgotten about the opening scene of season one and that’s one big reason why Jojo’s betrayal comes as a surprise. If you do manage to get past some of the dense arcs of the story and reach the finale; trust me, you won’t be disappointed.

The opening scene of the show seems to have no links with the remaining episode but it is still a major plot point. After you skip through the intro, episode 8 introduces the city of Mumbai that is now dusked upon by the darkness of the upcoming doomsday. As soon as the reality of things reaches the general public, huge masses of people start fleeing out of the city in the hope that they’ll be able to escape the nuclear explosion. This is followed by a brief scene that confirms that Sartaj has surrendered himself to the “Satyug” cult.

Simultaneously, the story rewinds back to Gaitonde’s past where Trivedi visits him at his bunker and tries to convince him to return the Granth. When Trivedi tries to stab Ganesh with a knife, he is tied down to a chair so that he does not move. Insulted by this, Trivedi confronts Gaitonde by claiming that he is nothing but a stray dog and all this while, everything he has done was solely under the influence of Trivedi’s decisions. He even mocks him by saying that he is not the Ashwathma that he claims to be. Confronting him even further, he calls him Guruji’s slave and that’s when Gaitonde lashes out on him and kills him.

Still not able to digest what Trivedi revealed to him, he asks Isa if he killed Subhadra. To this, Isa instantly says no which further confirms Trivedi’s claims. Then finally, Ganesh decides to turn to the only person he trusts–Jojo. Initially, Jojo tries to dodge his questions but she eventually agrees that she has been involved with everyone else in pitting Gaitonde against himself. This is when Gaitonde shoots her.

Meanwhile, Sartaj has an enlightening dream where he gets flashbacks of all the loving people around him who will end up dying because of the “Kalyug”. He snaps back to reality, puts on his blood-stained clothes and kills all the members of the cult one by one. He shoots Batya on the leg and as she crawls on the floor towards the exit of the bunker, he points the gun right at her face.

Somehow, Majid is able to gather enough cues to be able to identify Shahid’s location. But as soon as he arrives there with his team, Shahid assumes his sniping positing and takes him down in one shot. This gives away his position and soon, the remaining officers get hold of him. Soon, Sartaj meets the team and though the bomb squad tries to do everything they possibly can, they are forced to give up and desert the place after they fail to diffuse the bomb.

This is when Sartaj gets an idea and he decides to stay back to try his hand at the password required to access the bomb. He tries to make sense out of everything he can gather and uses his father’s symbol in the Granth to unlock the password. Unfortunately, this is where the season ends inconclusively and leaves a major cliffhanger for the next one.

Episode 8, quite evidently, is one of the best episodes in the entire series with respect to almost every element of it. It checks every single box that makes an episode perfect and though its ending is really depressing because of how abrupt it is, the last 1 hour of the show has everything from stunning visuals to shocking revelation to unforeseeable links with season one.

Apart from all of that, we get to see one of the finest pieces of direction when the focus of the scene flickers between the two parallel stories by portraying both Batya and Jojo crawling on the floor. Not only that, but the scene also links way back to the very first opening scene of season 1. ‘Sacred Games‘ has indeed surpassed all of its expectations with season 2 and now that it has completely adapted its original material, we wonder what’s next.