Review: ‘Southside With You’ is as Charming as its Two Subjects 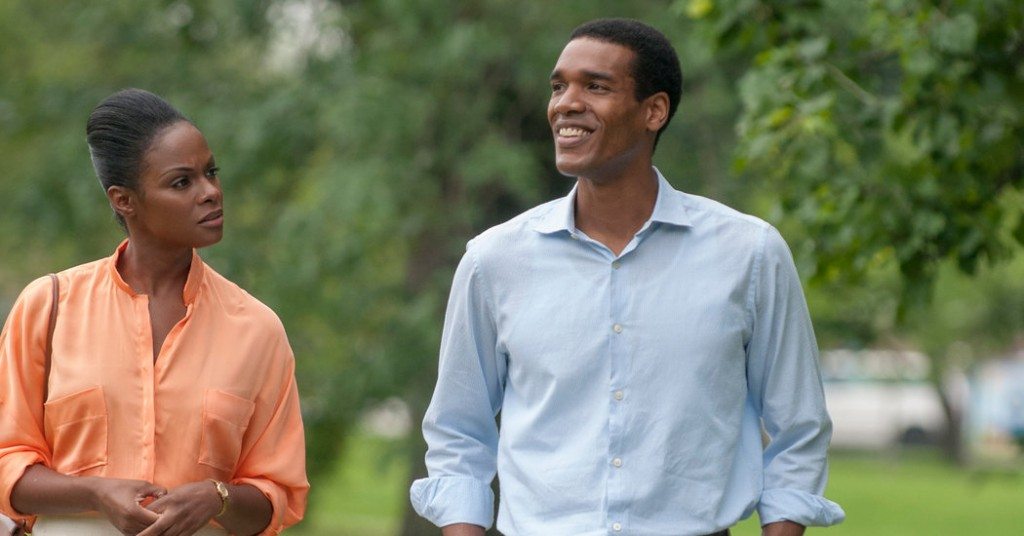 Being a huge fan of the Before series of films, I was eagerly anticipating the release of ‘Southside With You’. That it’s based on arguably the most famous couple in the world — Barack and Michelle Obama — only further piqued my interest. Having said that, I was also a little bit circumspect. Pulling off a romantic comedy-drama based on huge public figures was never going to be easy. On top of that, the structure of the film itself — where two characters just walk and talk for a few hours — doesn’t allow much leeway to directors in terms of telling a satisfying story. Several directors have tried the structure since Linklater attempted it successfully with ‘Before Sunrise’ (and then twice repeated the feat with ‘Before Sunset’ and ‘Before Midnight’) but none except Abbas Kiarostami (with ‘Certified Copy’) were successful.

I’m glad to report that all my skepticism was quashed within first few minutes of the film. ‘Southside With You’ starts in a charming fashion and just doesn’t stop being charming for its full runtime of 84 minutes. I’m not completely sure whether that was because of its effortless writing, or its two great lead actors, or its two subject of interests: Barack Obama and Michelle Robinson. On second thoughts, probably, because of all the three.

‘Southside With You’ tells the story of Michelle Robinson’s first date with Barack Obama. It is 1989 and Michelle is preparing to meet Barack Obama, who is doing his internship in the same law firm as Michelle (in fact she happens to be his advisor at the firm). Michelle goes on to the date thinking (or at least pretending) that it is not a date, while clearly Barack has only one thing in mind: to court Michelle. During the day that they spend with each other, they visit the Art Institute of Chicago, go to a community center, view a screening of Spike Lee’s Do the Right Thing, and finally, have their first kiss outside an ice cream parlor.

While the subject of their conversations range from personal to socio-political, it never stops being intellectually engaging. The reason why Before series of films work is the reason also why ‘Southside With You’ works: the conversations between the characters are always interesting and revealing. Though, the difference between the two is that while the romantic tension between the characters in Before films is perceptible, here it is mostly Barack Obama who is the romantic one. Undeniably, when you know what you know now — that Barack Obama will go to become the President of United States — it also factors into your experience with the film. For better or worse, you cannot disassociate with Obamas’ present as you watch their past.

If there’s one complaint I have with the film, it is with the portrayal of Michelle Obama. She comes off standoffish for most part of the film when we know by watching her in public appearances that she has a pleasing personality. Yes, she is portrayed to be bright and intelligent, but her softer side is somehow missing in the film. On the other hand, Barack Obama’s portrayal seems to be spot on. Effervescently and effortlessly played by Parker Sawyers, Obama in ‘Southside With You’– as in real life — is confident, smart, witty and at times, vulnerable.

The biggest achievement of the film, in my opinion, is that even though you know all along that most of the conversations that you are watching onscreen are fictional (the events aren’t) yet you want to believe in them.