Review: ‘The Coldest Game’ is Well Made But Lacks Urgency

What makes a good spy thriller? You need a situation that pronounces the end of the world. To make it better, you need two sworn enemy nations like India and Pakistan, Israel and Syria, or the USA and the USSR. If a current state of tension exists between them, you use that as the ground to build your story upon. If not, you pick up a history book and choose the riskiest chapter of it. Another thing that one should remember is that all of these things are just tropes. In the end, it boils down to your plot, your characters and your film.

‘The Coldest Game’ uses the Cold War, particularly focusing on the Cuban Missile Crisis, to tell its story. The similar premise has been used time and again to create some great, and some rather bland films. This one falls somewhere in the middle, which means you can miss it if you want to.

Joshua Mansky is a genius who is known in the circle for his exceptional chess-playing skills. But those days are long gone and he is now drowned in alcohol. Everything changes for him when he is kidnapped from a bar in Brooklyn and finds himself in the basement of the US Embassy in Warsaw. He is to sub for another chess genius, the one he has twice defeated previously, and the one who was killed by the Soviets. Mansky is America’s wild card, but it isn’t just about chess. They are looking for a man who can help put a stop to the Missile Crisis. 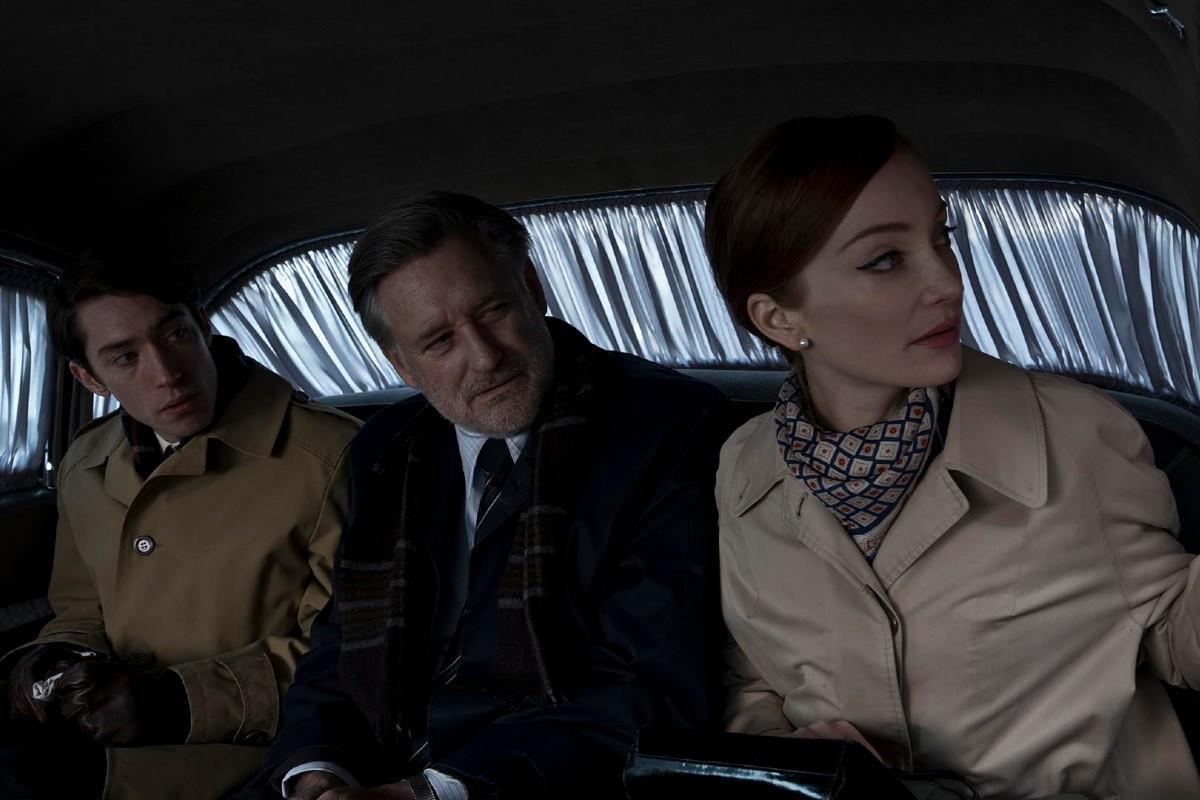 With the likes of James Bond dominating the box office, the genre of espionage has turned majorly into another branch of action flicks. The ones that don’t follow this glamorous path, the ones that stick to the basics of espionage, the ones that use tension and thrill to tell the story are rather rare. ‘The Coldest Game’ tries to be one of them, and with the premise that it chose, it very well could have been a great one at that. However, there are a number of flaws that limit it, which is why it remains a mediocre, at best, attempt.

The most noteworthy thing about the film is its cast and crew. Bill Pullman, who is an established actor with roles in projects like ‘Independence Day’ and ‘The Sinner’, plays the protagonist, Joshua Mansky. As a genius but troubled mathematician, the actor gives his best to the role.

Even in the scenes that don’t add the essential gravity to the story, Pullman manages to wring out the emotions that make the audience root for him. He is confused and sad and drunk and making friends and getting betrayed, all the while trying to win the game that puts the reputation of his country on the line. We sympathise with him for being suddenly thrown into a situation that he was never prepared for.

Another character we grow to like, maybe even better than Mansky, is Alfred, the Director of the Palace of Culture and Science. Robert Więckiewicz plays the friendly and loyal character with a sensibility that makes us want to see more of him. Behind the camera, we have Paweł Edelman as the cinematographer, who received Academy Award nomination for his work on ‘The Pianist’. He has brought the texture to the film that makes it fit of being called a spy drama set during the Cold War. The chill of Warsaw and the urgency of the Cuba Crisis becomes more visible through the look of the film, much more than its writing.

Speaking of the writing, this is where the film comes undone. On the surface, the story is rather well-paced. There are no unnecessary scenes or conversations that don’t make sense at all. One scene after another, the film keeps moving forward, adding the layers to itself that eventually play out in the final round of the chess match. Despite this, we don’t quite feel the pressure. We expect to be on the edge of our seat, biting our nails, waiting for something to go wrong, but that reaction never materialises.

The chess match, which is the central plot of the story, never comes into play as efficiently as it should have. Even if you don’t understand the game, films, especially sports films, generally get you through the steps, so, at least, in the end, you’ll cheer for the characters, you’ll know which shot is the decisive one. ‘The Coldest Game’ does nothing of that sort with chess. In fact, it seems to get more detached from it as the story moves forward, and by the end, we don’t even care if Mansky even shows up for the final round. But that’s fine. It isn’t a chess movie, right?

Well, it is an espionage film and to its credit, it does use all the classic moves like a mission to stop a terrible war, the fate of the world resting on a select few, and a mole amongst them. But again, we just don’t feel anything. Maybe something stirs inside us when Alfred talks about the War or the way things turn out for him. Other than that, the indifference remains.