Review: ‘The Dark Tower’ is a Major Disappointment

Stephen King does not deserve this, for one of his finest works to show up as swill. This is not an adaptation but more like the writers slimmed the books, came up with a Classics Illustrated comic version, then dumbed that down turning it into a Dark Towers Greatest Hits, and then giving us none of the books interesting moments. The series on the page was a sprawling saga, dating back to the eighties, written with stunning detail, none of which is captured here in this wreck of a film.

And is it so not!

The film is howlingly awful, easily one of the years worst films and will have lovers of the book series screaming for blood. My brother loved the books, has talked to me about them for years and was giddy when the film announced. If you knew Steve, it takes a bit to make him giddy, but this did it. He was ok with the trailer, the film screened, the reviews started coming in, and I have not heard a word from my brother. I expect he is sitting somewhere seething, or imagining the golf balls he send soaring are the tiny heads of the creators of this horrible film.

A young boy is having terrible dreams and visions about a Man in Black and a Gunslinger. Encountering the Gunslinger, portrayed by Idris Elba the two work together to try and find the Man in Black and stop him before he can take over the world with his evil ideas. That is it. Eight books, extraordinary prose, brilliant ideas boiled down to that.
I can imagine Stephen King seeing the film for the first time and wondering here his book went? I can imagine a room full of diehard King fans tearing down the multiplex because they have ruined the entire movie with their shoddy adaptation. 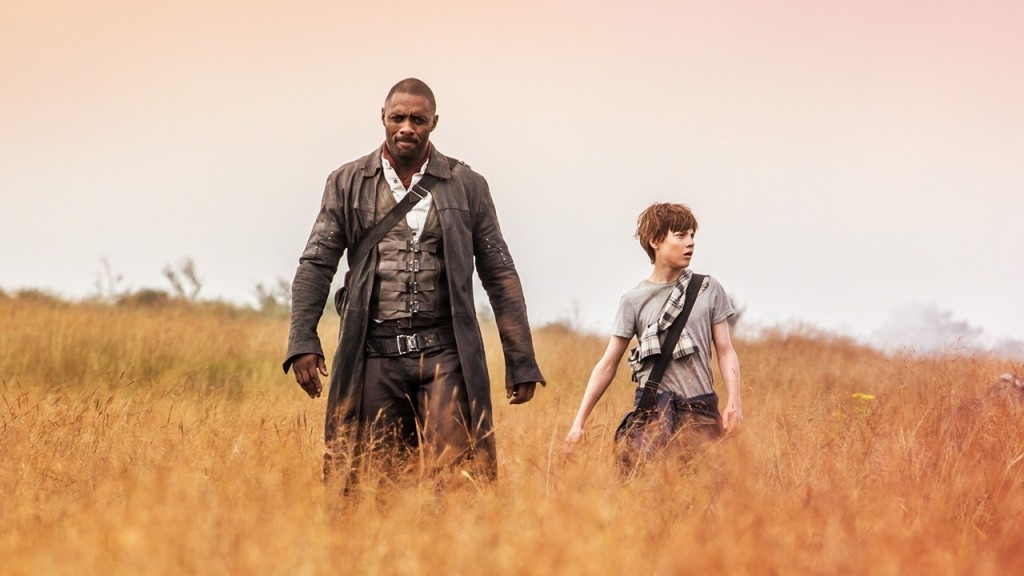 This was all about money, making a fast buck on recognition alone, and it will do OK the first weekend. But word is getting around, fast, that this is a bust and not just a bust, a ruin of a film that will lose millions and send King fans screaming for the exit and the bookstores. How did they think they were going to make a film out of eight books? Would the books and King not have been better served with a HBO mini series which are known for their brilliance?

As it stands this is junk, the worst kind of film because it was created with no intent for anything glorious. If anyone had truly wanted to make a great film out of those books they might have made two or three films as they did with The Lord of the Rings, and look how that turned out? Seventeen Academy Awards and a world box office of in excess of a billion dollars. That could have happened with The Dark Tower series if the producing studio had shown one bit of integrity and spine in making the film.

Instead they cranked out sausage when they could have made prime rib. There is no mood to this, no atmosphere no real tone, it feels thrown together on the back lot with sets from other films and loads of cheap CGI. Cast here as the evil Man in Black, Matthew McConaughey disappoints. There is nothing remotely frightening about him, in fact he looks like a fashion model lost in the wilderness who thinks he is a bad guy. He seems more concerned with catching his good side tan finding the character. Elba at least gives a performance and is by far the best thing in the movie, moody, unrelenting and a tad cranky, he has at least created a character.

King is a horror writer, but I doubt he wanted his movie turned into a horror show.