Review: The Great Heist Is An Engaging Heist Thriller 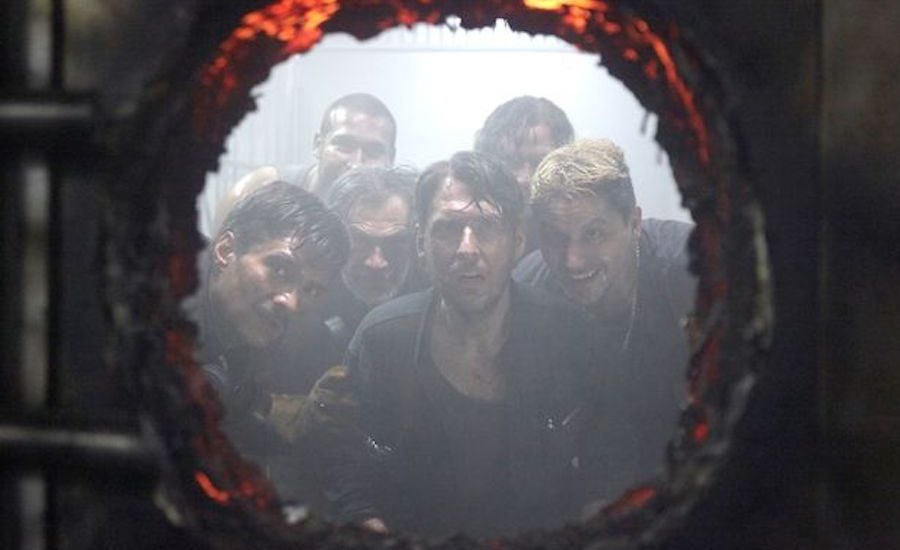 There is no question about the fact that the audience is hooked to heist dramas. The explosive success of ‘Money Heist’, which has turned into a phenomenon in itself over the years, is proof enough of the audience’s insatiable appetite for the stories that focus on a group of criminals who try to pull off the biggest heist ever. Now, Netflix has served yet another series on the heels of the announcement of the final season of one of its biggest shows. ‘The Great Heist’ takes the action to Colombia and dials about twenty-five years back in time. It never compromises on its twists and turns, and stuffs so much into the six episodes that for one binge you will feel like you have seen a longer show, and yet, you will find that you could have had a bit more of it.

Inspired by real events, ‘The Great Heist’ is set in 1994 and follows what is considered one of the greatest bank robberies in history. Led by a man who calls himself Chayo, a group of thieves comes together to plan an elaborate heist to rob Colombia’s Bank of the Republic. They account for every possibility, recruiting people from inside the bank as well as paying off a couple of police officers to look the other way while the heist happens. With no bloodshed and no ruckus caused, they plan to get more than 24 billion pesos out of this job. But the heist doesn’t end with getting safely out of the bank. They have to find a way to evade the authorities and handle the mess that follows their actions.

If you love ‘Money Heist’, then ‘The Great Heist’ is sure to steal your heart. The series is actually a one-up on The Professor and his team, and there is a good chance that you might like the Colombian version better. The fact that it finds its roots in reality might have a lot to do with why the series turns out so wonderfully. It keeps its characters within realistic measures, all of them motivated by their own needs and desires, and creates a delicate balance where the falling of one card can bring down the whole house, all of which combined makes it a joy to watch.

With just six episodes, the series wastes no time to throw us into the action. Every chapter of the story is carefully tailored to give you enough thrill and action, while also devoting some time to the backstories of all the people involved in the heist so we know what is at stake here. Every cast member plays their part perfectly, a lot of which is owed to the taut writing that never forgets where its pressure points are.

For so many people involved in the heist, you’d think the series could have done with a couple more episodes and allowed the characters some room to breathe in their respective storylines. But while watching the series, you never feel the need of wishing one or the other character had received more screen time. The preciseness of every line and every action keeps everything so tightly bound that any laxity could have worked adversely on the part of the show.

Often, good TV shows struggle with their length, which has also been the case for ‘Money Heist’. ‘The Great Heist’ relies on a straightforward timeline where you are in on the heist every step of the way. No secrets are going to jump out on you through some flashback that you never saw coming, and no twists are waiting on the next corner simply because you haven’t been through it all chronologically. Everything unfolds for you just as it happens for the thieves, which is what makes every new challenge and every little diversion from the plan exciting to watch. There are no unnecessary and over-the-top revelations to catch you off guard. There are, however, a lot of moments where you wonder if a particular scene or event could actually happen in a real heist. But these doubts only bolster your interest in the story, when at the end of every episode, you are reminded that the show is inspired by real events.

‘The Great Heist’ is also the kind of show that reminds you why limited series are deemed better than the stories that take two or more seasons to unfold. It doesn’t keep you in any delusions about life as a criminal, neither does it glorify the aftermath of a heist for the band of thieves. There are, as expected, unreliable characters, but they work within the parameters of believability. You are not irritated by them because they are not dependable (looking at you Tokyo). Their acts of mutiny and rebellion mean something, and the show gives you enough on them to understand what defines their actions.

All in all, this new Netflix heist drama is worth a watch, even if you are not entirely washed over by the popularity of ‘Money Heist’. It doesn’t unnecessarily stretch its bounds to have another season for itself, in case it becomes popular. And it also has enough content to justify why it couldn’t simply have been a movie. It brings the story to its deserved end, and in doing so, gives you the quality experience you have come to associate with the name of Netflix.