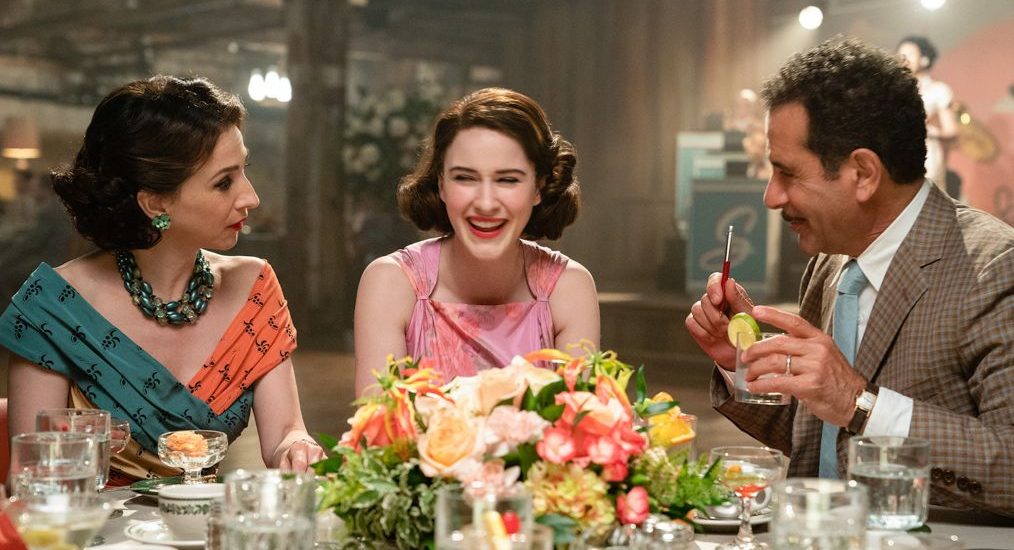 ‘The Marvelous Mrs. Maisel’ has been a constant big hit with its audience, making it one of the best comedy dramas out there, and for all the right reasons too. With the latest season, the show does not try to reinvent its “marvelous” magic, but adds to it, by touching on serious and relevant subjects, something that was missing in the past seasons. At the same time, it drives home these ideas with its classic merciless, but equally heartwarming, humour, making it the most socially aware season of the three.

As Midge tours with Shy Baldwin this season, she learns more about herself and others around her. The best thing that comes with Shy’s character this season is definitely the outstanding soundtrack, which adds not only to the marvelous vibe of the show, but the story-lines of the characters. The season truly feels like a lesson in process of being learned, as each of its characters struggle with changes and try to make something important out of their lives.

The sixth episode of ‘The Marvelous Mrs. Maisel’ picks up from where the last one left us. The title of the episode, “Kind of Bleu” becomes relevant in more than one way. From the sandy beaches to the sunny pools, it explores the bright blue Florida. But, it is also, perhaps, the most emotional episode of the season so far. The episode marks the beginning of a trusting friendship between Midge and Shy Baldwin as she discovers his secret and helps him out of a difficult situation. What is Shy’s secret? Let’s find out.

The episode begins with Abe and Rose Weissman enjoying their little vacation in Florida as they’ve finally managed to escape the madness of the Maisels. We’re to told that Catskills is going to be cancelled this year for the Weissmans because of their own financial constraints, and as Midge is on tour. Something that Midge is clearly upset about.

Even as Midge becomes more successful, she still struggles for her parents’ approval. Both Abe and Rose still do not approve of Midge’s comedy, undermining her talent and passions. While Abe does not find her piece funny enough, Rose doesn’t remember it, as she purposefully drank too much. In Florida, we also have Abe meeting an old friend, Asher, who was once a successful playwright. The two have a sentimental conversation about the people they were, and their failures, and how much they wanted to make a difference. This eventually leads to Abe finally picking up a typewriter to write, after getting inspired by Asher’s play.

Midge has a phone-call with Joel where she tells him that she wants him and the kids to come for a vacation as she won’t be able to take them to Catskills, something Joel disagrees to, leading to an argument between the two. On the other hand, Joel learns that he suddenly got his liquor licence for the club, something he was struggling with earlier. This leads to him getting into a big fight with Mei when he confronts her about her involvement in it, as he doesn’t want her help because he wants to stand on his own. Joel also gets into a physical brawl with Archie when they club-hop, as he fears Archie will mess his marriage up with Imogene, just like he did with Midge.

Susie is shown going back and forth between Midge and Sophie as she successfully tries to manage them both. She shows Sophie some tough-love which actually works for her, as the investors agree to work on their production. But they lose the theatre, leading to Susie asking for help from our favourite thugs in the ‘Mrs. Maisel’ universe, which they offer, along with some hilarious moments in the episode.

The most important part of the episode has Midge bonding with Shy on his boat after he has had a meltdown with his crew. The two share a warm moment as they discuss Reggie and Susie and what they mean to them. Later, when Shy goes missing, Midge decides to play detective. She finds him on the boat, severely bruised and drunk. When she asks him what happened, he tells her he brought a lover back who attacked him. “What girl would do this,” says a horrified Midge before realizing that Shy is homosexual and closeted. She tenderly nurses him so that he can go back and perform, but the brutal incident shakes her up. The episode ends with Shy performing on a stool, singing, “No one has to know”, as he voice quavers.

As I mentioned earlier, the third season of ‘The Marvelous Mrs. Maisel’ is the most socially aware season of the show so far. This is seen particularly through the sixth season, which is aptly titled, “Kind of Bleu” because of how emotionally charged it is. We have Midge desperately trying for her parents to be proud of her and to approve of her choices. While Joel is struggling with his relationship with both, Mei, and his best friend Archie. Then we have Abe trying to find ways to make his life feel more meaningful as we learn more clearly about his reasons to leave teaching, and work at the press. But the most emotionally charged part of the episode is definitely about Shy.

Introducing Shy’s homosexuality in such a sensitive and gentle manner, adds another layer to the season, and also to Midge’s character, as the two form a trusting friendship. It also introduces its audience to the brutality and violence a black gay man could face back in the 1960s. Similarly, Midge’s set on women rights and birth control pills, drives home what this season has been trying to do all along – show change, and all that it could lead to. I am definitely curious (and hopeful) about where Shy and Midge’s friendship could lead them. What layers will it add to this season as the story progresses?

Read More: Where Was The Marvelous Mrs. Maisel Filmed?