Review: ‘The Space Between Us’ is a Failed Mission 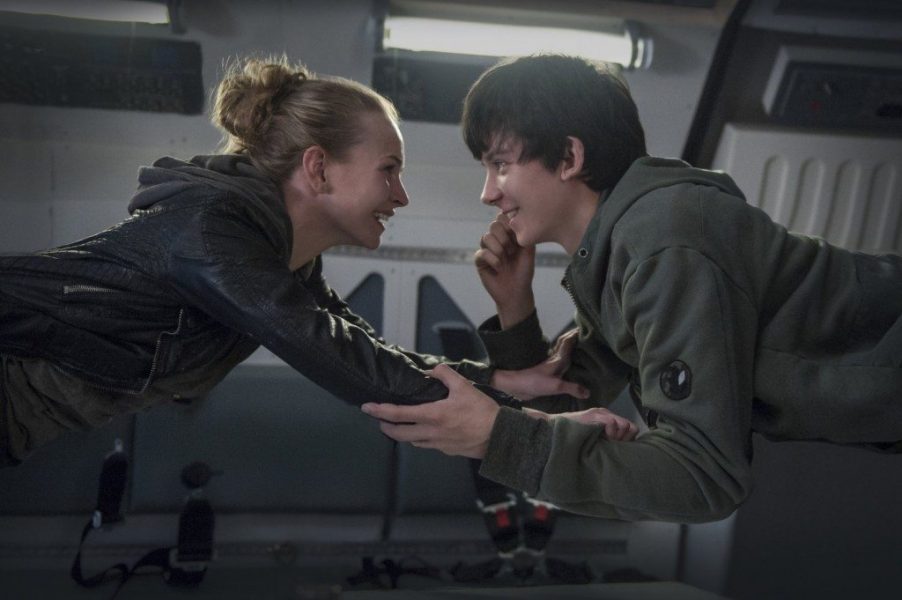 What’s going on with Allan Loeb, the writer of ‘The Space Between Us?’ In the matter of a month, he has given us two films, which rely merely on twists and turns that insult the audience, challenge any credibility and simply don’t work within the realm of a film. Why is he so mad at movie-going audiences?

So, again, I ask, what’s going on with Allan Loeb?

‘The Space Between Us’ begins with Nathaniel Shepherd (Gary Oldman, for crying out loud), who is spearheading a mission to Mars with the hopes of colonizing the Red Planet. Once the team gets into space, it is revealed that the lead astronaut (Janet Montgomery) is pregnant, which she didn’t care to disclose before the mission. She gives birth in space and dies during childbirth.

Sixteen years later, her son Gardner (Asa Butterfield) is living in the colony with other astronauts. He’s like most teenagers: awkward, intrigued about the world around him and curious about his childhood. Kendra (Carla Gugino) is sent to function as his stand-in mother and try and provide any answers to the questions he may have.

Again, like most teenage boys, Gardner becomes very interested in a girl named Tulsa (Britt Robertson), who he has been talking with over the computer. Only problem is she lives on Earth (which creates some mind-numbing questions I’m going to ignore for now).  Gardner wants to meet her so badly that he takes a trip to Earth, even though his body isn’t capable of withstanding the conditions on Earth.

They meet in the most convenient and contrived of ways because ‘The Space Between Us’ lags in its opening and needs to get the central premise in motion. Gardner and Tulsa are nothing alike – he is a wide-eye dork and she is a brash and feisty girl, who seemingly needs no one – but their opposites attract, somehow without any spark.

Butterfield, the charming young actor from ‘Hugo,’ hasn’t made himself into a bona fide leading man quite yet – he’s only 19 years old. Robertson, who is 26 years old, plays it far too big as Tulsa, and the two personalities don’t mesh. Robertson is a radiant young actress but she is not convincing playing a teenager in and out of foster homes, trying to make it by on her own.

Director Peter Chelsom struggles to keep the overly ambitious film afloat, failing to find any smooth transition between the sci-fi drama, road trip comedy and teenage romance. The entire experience of watching the movie is wholly uneven and at times perplexing in its startling lack of cohesiveness.

So, to circle back to my opening question, I’m not entirely sure what is going on with Allan Loeb. He’s so interested in writing “gotcha!” moments, he fails to create empathy or interesting characters and sacrifices our attention in doing so. Once we arrive at the film’s conclusion, things become so over-the-top and melodramatic, the screenplay elicits a much different reaction that Loeb would hope.

‘The Space Between Us’ is a colossal mess but for what it’s worth, it’s much better than ‘Collateral Beauty.’