Review: ‘Truth’ is a Solid Film About Pitfalls of Journalism 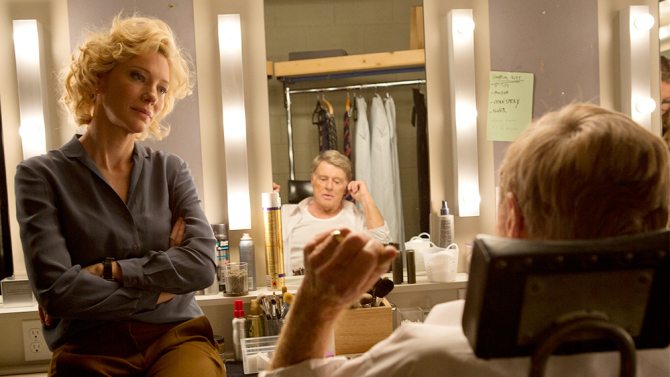 With Carol, dominating the Oscar talk for Cate Blanchett, her performance in this crackling good journalist yarn could change the entire game as she is drop dead brilliant as former TV producer Mary Mapes, who took the fall at CBS along with Dan Rather, portrayed her, and very well by Robert Redford. The film is a superb study of how one takes the fall for a terrible mistake in reporting, in this case attacking President George W. Bush’s time with the National Guard during his period of re-election. When they report it wrong, both sides lawyer up and the inevitable happens…heads must roll.

In this case, one of the heads is the high powered producer Mary Mapes, one of television’s most respected minds, and newscaster Dan Rather, who at the time had an otherwise impeccable reputation.

Blanchett nails Mapes, finding the intelligence and fury of a woman in a man’s world, one who is the prime breadwinner in her family, one who fought to rise to the very top of her profession, and who knows all too well what an error like the one made means to her and her career. Both ferocious but whip smart. Watch her eyes, always thinking, taking in what she is hearing, making decisions as the words enter her mind and are processed. A profoundly brilliant performance.

Redford is seen much less, a supporting role, but is no less superb as Rather, bringing the sincerity of the man to the part, a decent man caught up in a web of errors by no means his doing, though he knows as the voice and face of the news it will come down on him as well. There is a sadness to him that Redford portrays so well, he should land in Supporting Actor race for this, as much a make up for missing him for All is Lost (2014)…a shame.

Tightly directed the film reminds one of the best sort of investigative films like All the Presidents Men (1976) and Zodiac (2007) which incidentally, the director happened to write.