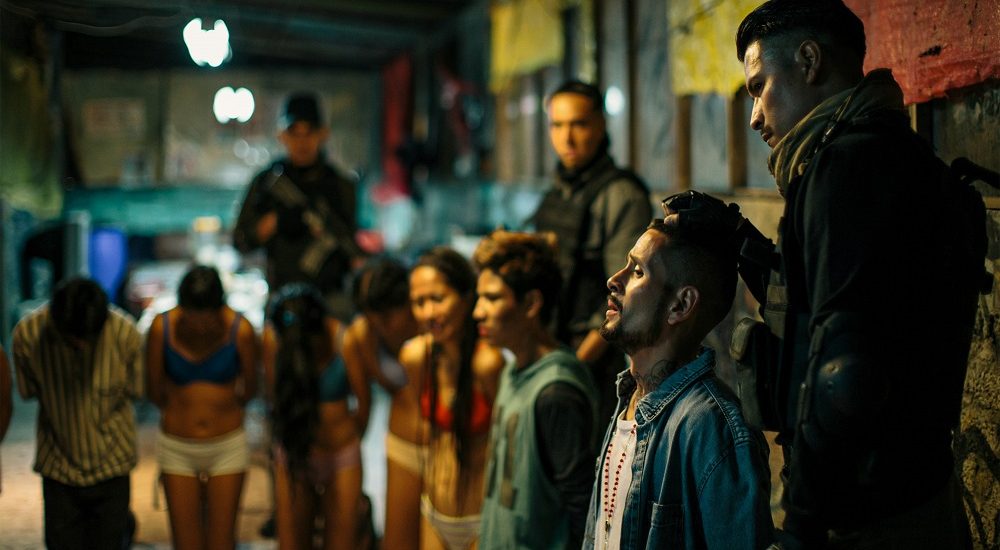 In its fourth episode, ‘ZeroZeroZero’ focuses entirely on the Lynwood family and their operation. Previously, Edward Lynwood had been the head of operations and no matter what the situation, his word was final. No matter what Emma thought about his decisions, she had to follow them because he was the boss. She learnt the ropes from him and, rightfully, she should be his successor.

However, Edward’s sudden death creates problems for her. She gets Chris involved, against the wishes of their father, hoping that her brother would get out of the house and live his life while he can. Chris gets the job to deliver the shipment, but due to the betrayal of the captain, he is stranded on the ship. A stroke of luck ensures his survival but brings problems for the business.

After offering his services to Leyra, Manuel and his team get the job of wiping out a local competitor who had been refusing to fall in line with the wishes of the Leyra brothers. He also visits the widow of the man who had died because of him and tries to find some respite in God.

After spending some time alone on the ship, Chris finally gets help from a boat that chances upon him. Miranda docks at the port of Senegal, but it brings more challenges to the Lynwoods. The authorities hold their shipment and despite bribing their way through it, it becomes clear to Chris that it won’t work in their favour so easily. As his condition worsens, he makes some new friends in Senegal and employs their help when Emma refuses to consider his opinions.

Everyone has their own perception of how to run their family business. Some, like Emma, want to stick to the old ways, relying on their contacts to get the job done. Others, like Chris, try to come up with alternatives, especially when they think that the normal course of action is not working in their favour.

When Emma had brought Chris on board, she had assumed the same obedience from him which she had offered to her father. But it turns out that Chris is ready to exercise his own ideas and control, something that Emma is not so supportive of. It sows the seed of a power divide between the siblings, and considering all the backstabbing and betrayals we have already witnessed in Italy and Mexico, does it mean that we will see something similar on this front too?

Before completely turning its attention towards the Americans, the episode first takes a short trip to Mexico. In the previous episode, Manuel had severed his ties with the Army. He tried to keep himself in the clear by offering another soldier from his team as the scapegoat. But when another narco was caught, he was tortured into giving up the information on the shipment that Chis had been entrusted with. Manuel had to follow orders and he hoped that nothing would go wrong. In the end, he had to choose between letting down the cartel or letting go of the Army. He decided on the former.

He killed his superior and other soldiers who accompanied him but were not a part of his team. Instead of playing this double game, he decided to find employment where his loyalties lay. He made a pact with the Leyra brothers, making them employ him and his team, and they are soon put to use.

Their militaristic approach proves them to be an apt choice for the job of cleaning out the competition for the cartel. Meanwhile, Manuel also struggles to make peace with his actions. He visits the widow, who is still unable to accept her husband’s death. He offers money to her, and a glimmer of compassion from him makes us want to sympathise with the devil, but the bad he has done can not be outweighed by the good he is trying to clear his conscience with.