Richard Cobb And Beunka Adams: Are They Alive or Dead?

Investigation Discovery’s trough of True Crime series comprises ‘Dead Silent’, a series that delves into crimes that have been committed in desolate locations. With each episode being about an hour-long, the series reminds the audience of the looming threats of the great outdoors. The series follows ID’s characteristic story-telling procedures, presenting crimes from different perspectives of local authorities, true-crime experts, and psychologists along with first-person accounts of witnesses and survivors of such crimes.

The seventh episode of season 4 features the 2002 Texas case of murder, robbery, and rape. The main convicts of this case were Richard Cobb and Beunka Adams. We dug deeper into the details of this case to bring forth more details about it.

What Did Richard Cobb and Beunka Adams Do?

On September 2, 2002, around 10 p.m., Richard Cobb with Beunka Adams robbed a BDJ’s convenience store in Rusk, Texas. The two of them came into the store wearing masks and spotted two women clerks, Nikki Ansley and Candace Driver. The other person present at the scene was customer Kenneth Vandever, who was mentally challenged. The two assailants kidnapped the three of them and drove them to a remote location in Alto. The robber duo then proceeded to harass their three victims. Adams raped Ansley as Cobbs held a shotgun to her head. The three of them were then forced to kneel and were shot. They also inflicted violent attacks on Ansley through a series of kicks which left her with a collapsed lung and broken ribs. Vandever was killed by the shot fired to his chest while the two women were left for dead.

Cobb and Adams were arrested approximately 16 hours later. According to statements from the authorities, the duo had been on a burglary spree and was “in a pattern of escalation” when they abducted Ansley, Driver, and Vandever. The crime commenced as armed burglary and soon turned into a much more horrendous crime of abduction, rape, and murder. Ansley later identified the two of them as her former peers from Rusk High School. Ansley and Driver played dead when they were shot to outsmart the robbers which eventually worked. Having survived the attack, they later notified the police. During the trial, Ansley and Driver provided their testimonials which further strengthened the case against the two convicts.

Richard Cobb and Beunka Adams are not alive anymore. They were both executed for the 2002 crime of combined robbery, abduction, rape, and murder. In September 2002, a Cherokee County grand jury indicted Adams for killing Kenneth Vandever during a robbery. The jury recommended capital punishment for Adams, following which, on August 30, 2004, the court sentenced Adams to death by lethal injection. Adams filed a direct appeal to the Texas Court of Criminal Appeals which was rejected on June 27, 2007. The U.S Supreme Court additionally denied his petition for certiorari thereby rejecting his direct appeal. Adams relentless struggled to obtain a probable pardon or reduction of the sentence but the courts kept rejecting him. Finally, on April 27, 2012, he was executed by injecting lethal injection in Huntsville, Texas. Before his execution, some people who sensed racial discrimination in the proceedings came forward with a petition to save Adams from the death sentence. However, the petition did not gain any traction. 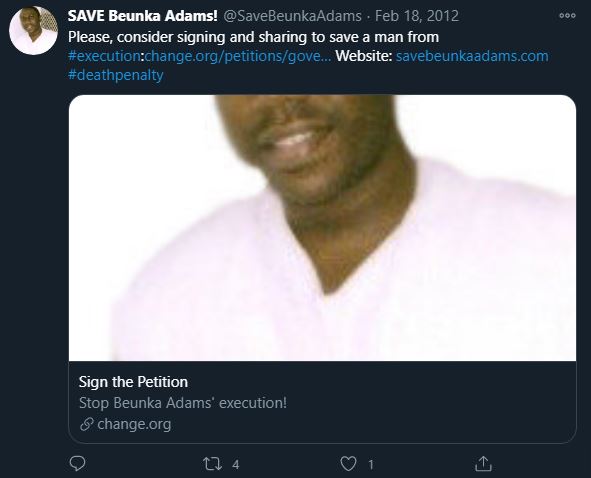 Richard Cobb was executed in the same manner as his accomplice a year later on April 26, 2013. He was pronounced dead at 6:27 p.m. CDT at a prison in Huntsville. As his last words, Cobb said, “Life is too short to harbor feelings of hatred and anger.”

Read More: Where Are Nikki Ansley and Candace Driver Now?