12 Best Movies of Richard Gere You Must See

When you speak about someone like Richard Gere, terms like dandy, dazzling and heart throbbing automatically tend to deploy within the context. One of the most successful male sex symbols of Hollywood who stole the hearts of million women although he never considered to be one. Everything that is said of him is true but with such obsessions, it is obvious to throw his acting skills to dust which he mildly surfaced on-screen. No matter how kind or cruel his character in the film is, he always wears a puppy smile, ‘Pretty Woman’ or ‘Internal Affairs’ for that matter. With Terrence Malick’s pristine classic ‘Days of Heaven’ came his prime success followed by the so-worshipped woman hunter role in ‘American Gigolo’ and ‘An Officer and A Gentleman’. He found solace in films and with time, he evolved and emitted more of his rare multi-faceted tones into the characters he played.

”At no time in my life have I ever felt like a sex symbol. It’s an illusion. But the work you do and the spirit that you give to it does have an impact on people and that I can take pride in”

Let’s wrap up with this declared thought of his and begin to explore his genuine path to success. Here is the list of top 12 movies of Richard Gere, selected from his vast filmography. You can watch some of these best Richard Gere movies on Netflix, Hulu, or Amazon Prime. 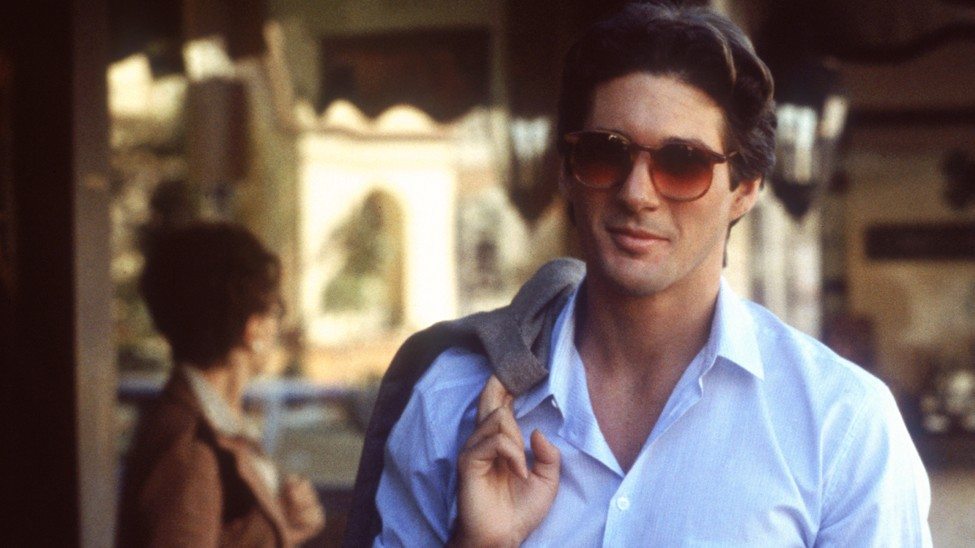 Richard Gere at his sexiest. This film dropped Gere right on the radar and gained him recognition as a sex symbol if not as an actor. He plays a male escort who also satisfy older woman on request. One such woman falls in love with him while he gets framed for a homicide. The writer turned director Paul Schrader utilized Gere’s looks and sex appeal to trap the viewer’s nerves, also insisting him to go nude for the film. Truly, Gere was the gigolo Hollywood was looking for back then. 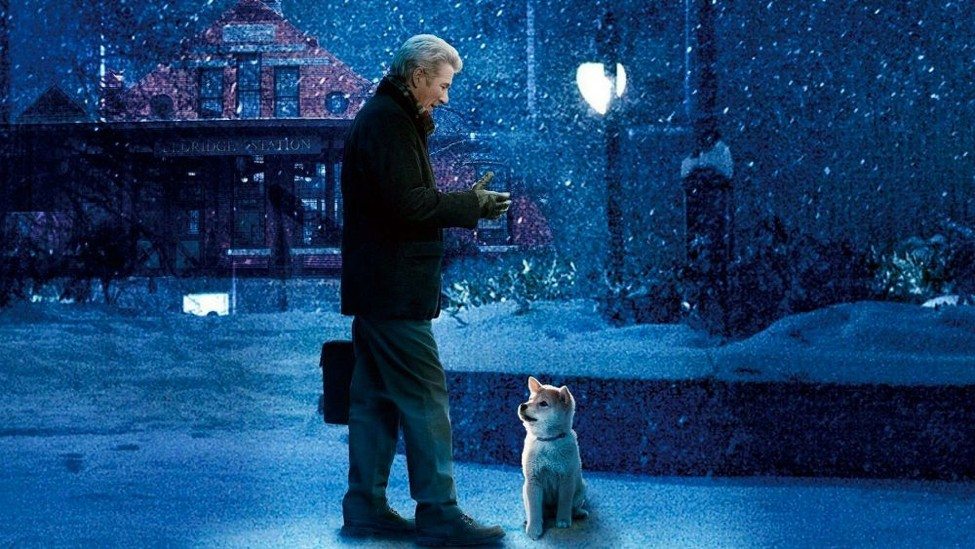 This is one hell of a film that tested everyone’s endurance. I confess i ended up wetting my towel with tears and asked for another – One for Parker’s (Gere) death and another came when the dog couldn’t stand his master’s absence. Gere was true in his traits for the role though Hachi is the obvious hero here. If Oscar is legal for pets, I could only see Hachi winning one. 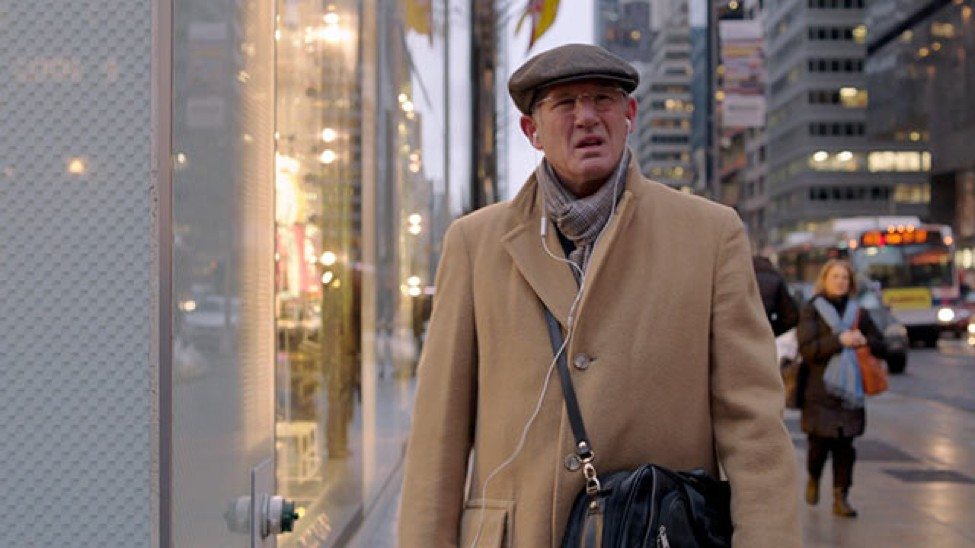 Like every other films, ‘Norman’ failed to gather votes for Richard Gere’s viable portrayal of the character that was offered to him. He was simply out of norms following the film to its entirety by playing a con fixer who settles matters between parties. In this leisure political drama, Gere could quite conveniently be accepted as an actor who carried the film on his shoulders. Having said that, it is not necessarily a bad film, but with a tender and polite screenplay, it demands ultimate patience to sit through. 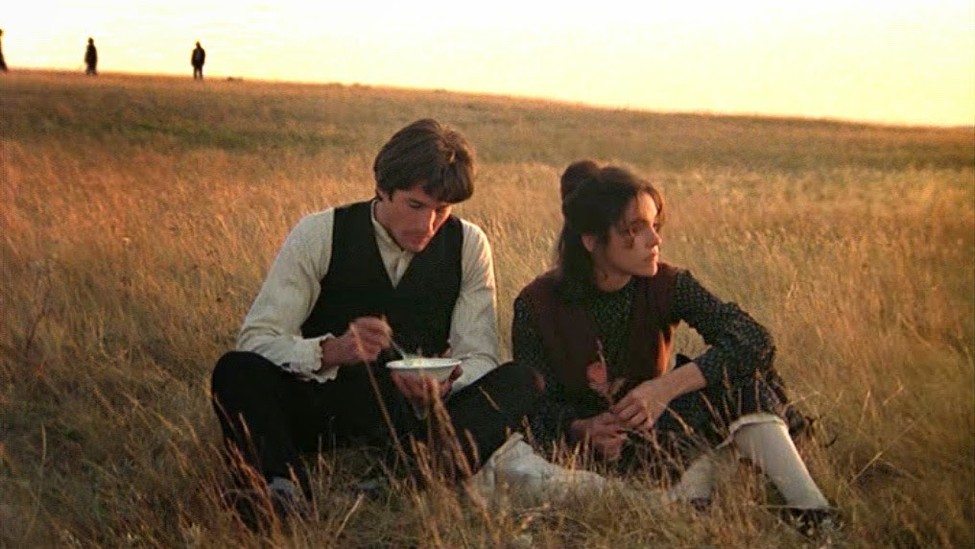 Terrence Malick’s second feature happened as a blessing in Gere’s career though he didn’t make the most out of it. Even though it was thoroughly Malick’s film, Gere’s performance as a greedy lover who is ready to marry his girlfriend to a rich farmer to loot his fortunes certainly set the tone for it.

First things first. I would place Edward Norton on top of Gere in ‘Primal Fear’ and there will be no one to argue that including Gere himself. But then, I do not like to make a blunder by discrediting Gere. He was perfect as criminal lawyer who comes in defense of Aaron, a prime suspect in the murder of a bishop. From finding clues to adjudging Aaron, Gere’s role grew strong in course of time until the final revelation where we see Edward Norton’s transformation to a badass that sewed everyone’s mouth. 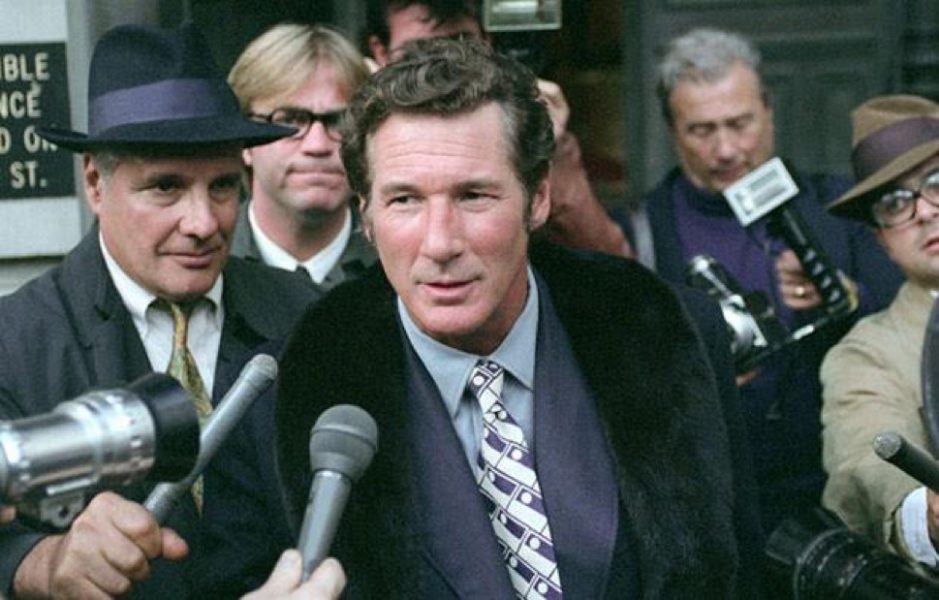 A true and truncated story of a writer who writes and sells a fake biography of veteran Howard Hughes to save his job in jeopardy. Richard Gere was right on top as writer Clifford Irving with a twisted flavor of humor alongside his worked-out chemistry with Alfred Molina who played his friend. Despite gaining critical reception, ‘The Hoax’ fell as a flaw to the creator Clifford as he stated the screenplay is different from his original work. 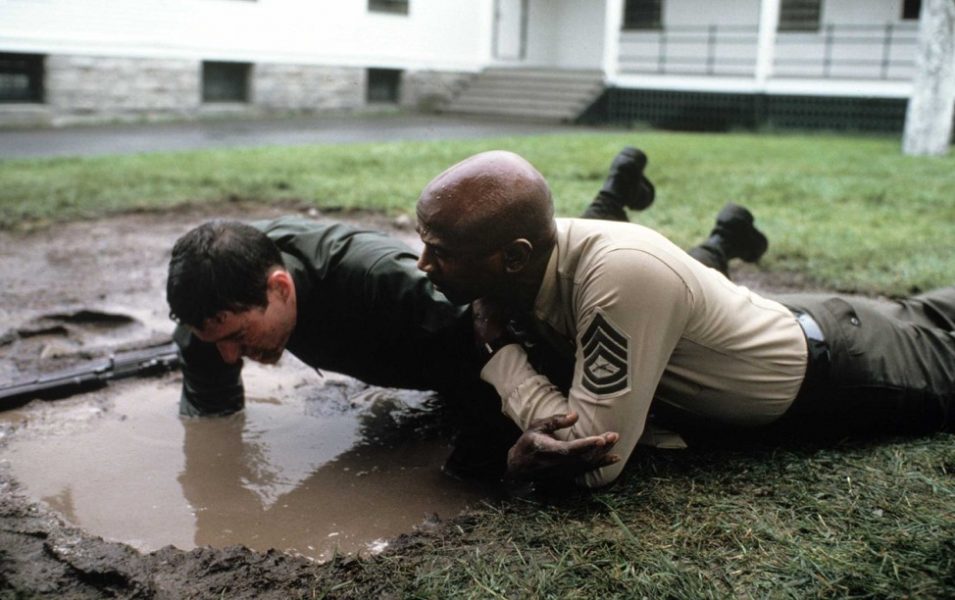 The first movie of Richard Gere which broadcasted his potential and preserved his babe magnet image. He had to be rough and romantic for the role as an aviation aspirant at Navy flight school, which he did and his bottom feud with the actor Louis Gossett Jr. who played as the trainer was floundering as well as complicated. 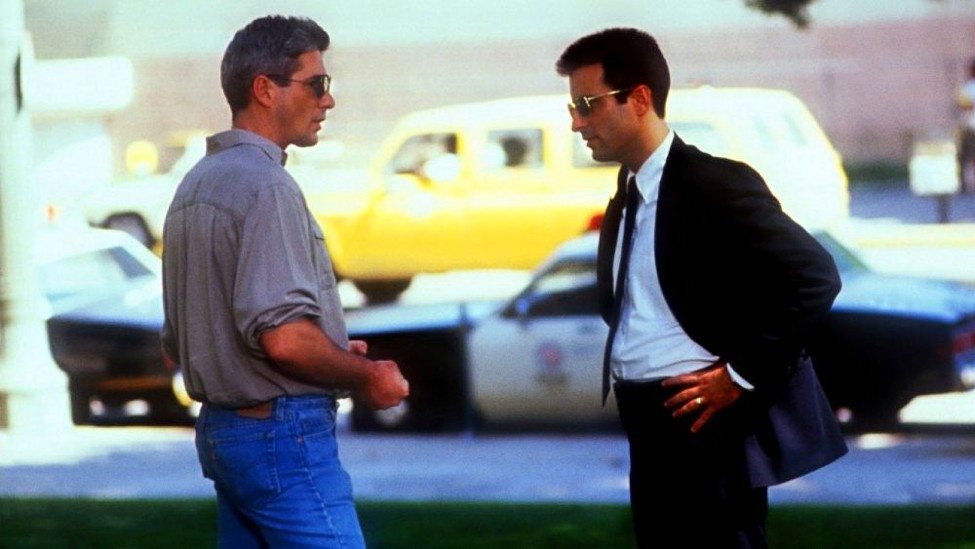 A good film which no one talks about; Gere’s rare and organic portrayal of a greasy manipulative womanizer which no one discusses about; a swaggering and distinctive approach to it’s subject matter that no one considered to anatomize and this would go on. ‘Internal Affairs’ was surprisingly good in its narration and painstaking characterization. The fact that it did not go well with the audience irks me, but then, who bats an eye when Roger Ebert himself lent a spoon to it. 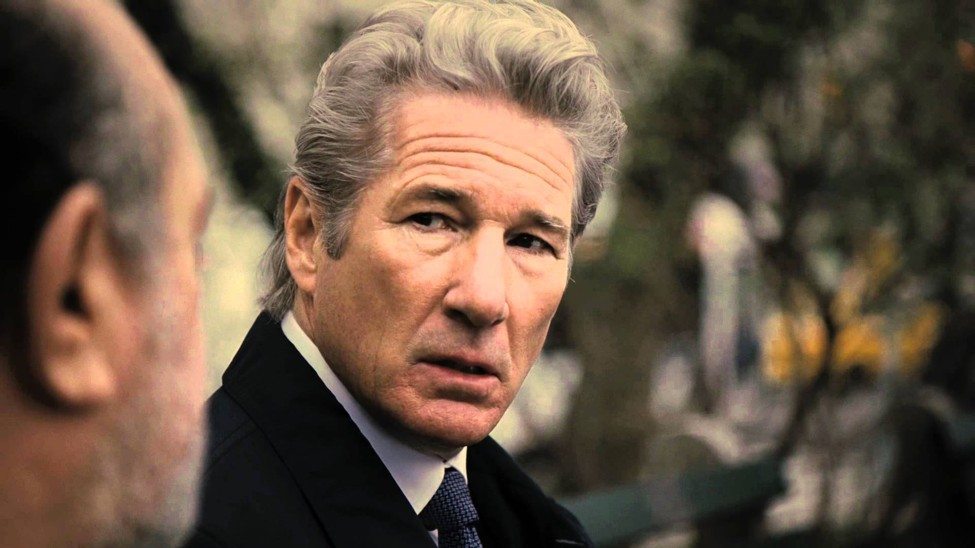 The best thing about ‘Arbitrage’ is it’s title – because it made justice to the storyline and i bet no other movie can bear this title. Richard Gere plays the arbitrageur who takes advantages of all the inefficiencies that suffocate his greed, who can push his own boundaries even at his sixties, falsify the reports of his investors, cheat on his wife, pulls the legs of his own daughter. It is Nicholas Jarecki’s brilliant writing and Cliff Martinez’s pumped up background pitch that elevated the film apart from Gere’s sleek projection as badass billionaire. 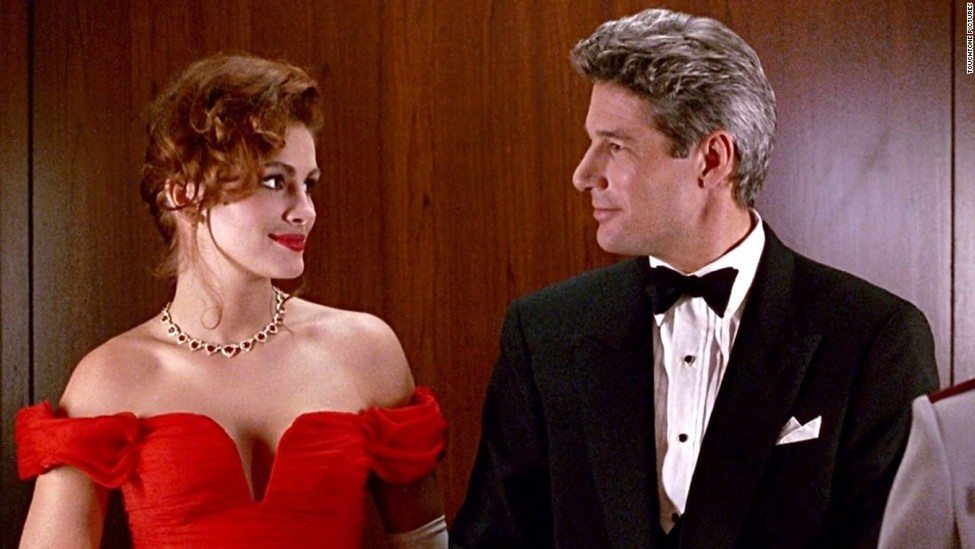 Gere’s movies often discharge more nudity than emotions (Since his ‘Goodbar’ days). There were a wide set of detractors who were deeply concerned with that fact but ‘Pretty woman’ tore them apart. It is one of Gere’s tender and sublime performances that we missed in years. His bonding with Julia Roberts looked lively and supple. The film is engrossing in many ways right from the scene where we see a millionaire falling in love with a hooker though he hates to treat her like one. Absorbing his thoughts, her mind tends to reflect it but she is too reticent to admit. Much to the effect, ‘Pretty Woman’ celebrates womanhood, more importantly it respects it. 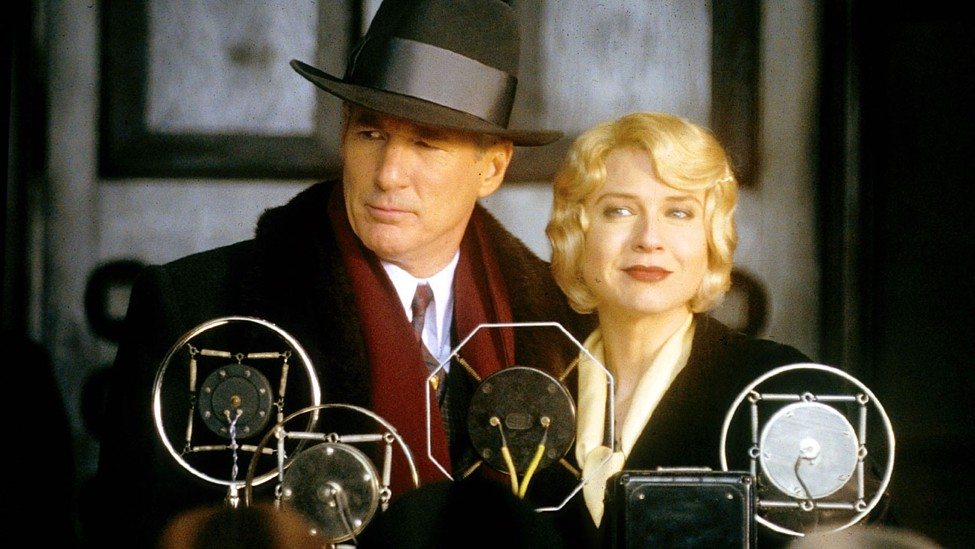 Would one expect Gere to be in a musical drama and introduced as a party hero with stellar dance moves? The 2002 best picture Oscar winner ‘Chicago’ is a celebrity mockery flip-flop that saw Gere wearing the suit of a satirical lawyer. For the most part he played the violin as his client Roxie’s mouthpiece but to make the most of the words, I would say he stood tall for his baring nitwit talks and funny accent. He did win a golden globe for it, but jeez, he didn’t get an Oscar nomination. 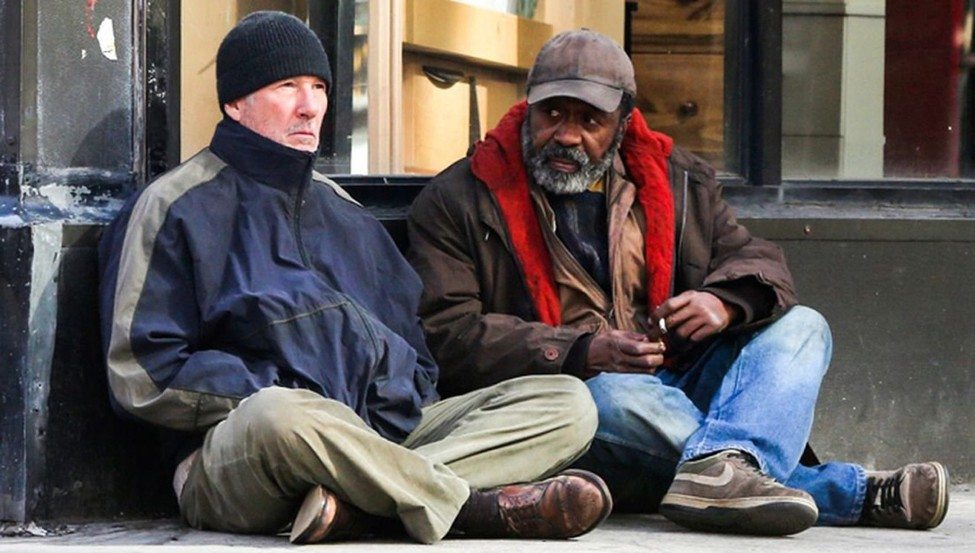 A homeless man presumably suffering from mental illness seeks shelter while his daughter refuses to take care of him. Not many stars would take up a role of this nature, so when Gere dares to give a nod, it is ought to be of great fortunes. His mantle as an old and homeless man who refuses to admit he is homeless was refined, conditional and meditative and is the closest he got to an Oscar nomination. ‘Time Out of Mind’ works more with characters than the storyline, binding the unsung emotions of melancholy within a constrained boundary. One of the many elongated shots was the climax which sinks in agony and is the only instance we hear some music played in the background.