Who is the Richest Cast Member of The Real Housewives of Atlanta? 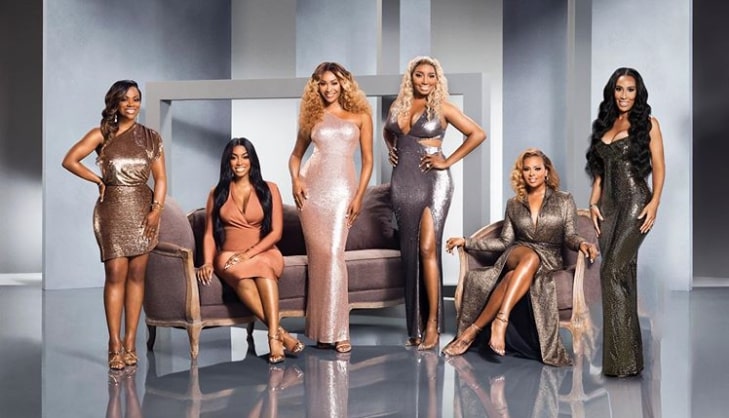 Bravo’s popular American reality show ‘The Real Housewives of Atlanta’ has a wide base of followers. At one point of time, it became the highest-rated show of The Real Housewives Franchise. Its active fan following can be credited to its well-known cast members who had already made a name in the entertainment industry. Debuted in 2008 and having churned out 12 seasons, the show focuses on the professional and personal lives of the wealthy housewives residing in Atlanta. Many have wondered exactly how wealthy these women are, and now you have the answer!

“Through the portals of silence, the healing sun of wisdom and peace will shine upon you.” – Paramahansa Yogananda #QuarantineReflections

Other than the fact that she became a famous TV personality through RHOA in 2012, Porsha is reputed for her philanthropic activities. She earned a name by modeling, acting, and dabbling in the music industry. She started featuring in music videos from a young age, and that gave her a headstart in modeling assignments. She also released her debut single ‘Flatline’ in 2014. Williams then appeared on many TV shows and TV films like ‘Dish Nation’, ‘The New Celebrity Apprentice’, and ‘Sharknado 5: Global Swarming’. She was also married to NFL player Kordell Stewart, but the marriage didn’t last long, and she got nothing after the divorce. This led her net worth to plummet. As of 2020, Porsha Williams’s net worth is close to $400,000.

a man with dreams needs a woman with vision💭 #modelmonday

Even before joining the cast of RHOA for which she is paid $300,000 per season, Cynthia had been creating waves in showbiz. A high-profile elite fashion model, Cynthia has posed for global brands like Olay and Maybelline. She walked the runway for Fashion Week in Milan and Paris. She even appeared in various commercials for Levi’s and Mercedes Benz. Her modeling success got her featured in magazines like Vogue, Elle, Vanity Fair, Glamour, and Essence! After earning a name for herself, she established her own modeling school by the name of ‘The Bailey Agency School of Fashion’. She is now married to a well-known and successful entrepreneur. As of 2020, Cynthia Bailey’s net worth is close to $500,000.

Just checking this #Reunion lighting. What do you guys think? #RHOA #RHOAVirtualReunion

Probably the most famous and controversial cast member of RHOA, Kenya has a finger in every pie. She is not only a TV star but also a model, actress, film producer, and author! Having started her career during her teen years as a model for magazines and cosmetic brands, she eventually ventured into the entertainment industry by featuring in various music videos. She also competed in many beauty pageants and managed to become the second African-American woman to win Miss USA! She then appeared in small roles in popular shows like ‘The Fresh Prince of Bel-Air’, ‘The Steve Harvey Show’, and ‘The Parent’ Hood’, to name a few. She launched her own production company ‘Moore Vision Media’ and published a book ‘Game, Get Some!’ in 2007. She also launched a hair care product brand in 2014. She recently split up with her businessman husband. As of 2020, Kenya Moore’s net worth is close to $800,000.

Except for her reality TV stardom, Eva earned her net worth by being a famous fashion model. Having professionally modeled for big names like Elle, CoverGirl, and Ford Models, she made her mark in the fashion industry. She then got offers to appear in various music videos and famous shows like ‘Smallville’, ‘The Assistants’, ‘The Young and the Restless’, and many more. She even featured in many movies such as ‘Crossover’ and ‘The Walk’. She is known for being a reality TV host too. She had dated the famous rapper, Flo Rida, in the past and is currently married to a successful Atlanta-based attorney. As of 2020, Eva Marcille’s net worth is estimated to be $4 million.

Had to take myself out today! Outside that is then walked right back in! That was my out 🤷🏽‍♀️

The original cast member of RHOA, Nene, has appeared on the show from the very first season with a few breaks in between. Nene was at one point of time the highest-paid cast member in the whole of The Real Housewives Franchise with a salary of $1 Million per season. She earned her income through a variety of lucrative sources. Having started modeling from a young age of 16, she has appeared on popular shows like ‘Jimmy Kimmel Live’, ‘The Ellen Degeneres Show’, ‘Glee’, ‘Dancing With The Stars’, and many reality shows. RHOA gave her a lot of exposure due to which she could easily utilize opportunities and pursue a career in the industry. She even released an autobiography by the name of ‘Never Make The Same Mistake Twice’. She is the founder of a charity called ‘The Twisted Hearts Foundation’, which helps women facing domestic violence. She is also the proud owner of a clothing line. She is currently married to a high-profile real estate investor. As of 2020, Nene Leakes’ net worth is estimated to be $14 million.

The richest cast member of RHOA, Kandi, earns $450,000 per season. A singer, songwriter, and record producer, she is a Grammy Award winner! She wrote songs for many famous artists like Mariah Carey, Whitney Houston, Usher, Alicia Keys, and many more! She also found her own record label called Kandi Koated Entertainment. Aside from her extremely successful music career, she launched a brand of sex toys called Bedroom Kandi. A lot of her income also comes from buying and reselling real estate. She also appeared on shows like ‘Who Wants To Be A Millionaire’, ‘VH1’s Single Ladies’, and ‘The Kandi Factory’, which was her very own spin-off by Bravo. She is currently married to one of the former producers of RHOA. As of 2020, Kandi Burruss’ net worth is estimated to be $30 million.

Read More: Who Is The Richest Housewife of New York City?