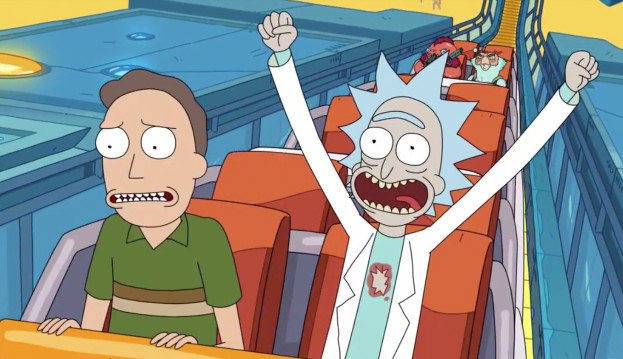 Since in mostly all of previous reviews of this season, I have gone on and blabbered about underwhelming, regular, standard, benchmark, and mind blowing being roughly the categories for pitting an episode into, and what they mean in the ‘Rick and Morty’ dictionary, ‘The Whirly Dirly Conspiracy’ is an episode that mostly sticks to those, and is definitely one of the better ones of this season. Sure, it is not a standout episode by any means, but in certain terms, it is the most typical ‘Rick and Morty’ episode this season.

As I add another word to my list of words that I use to describe this season’s RnM episodes, “typical” here would mean that it ticks off everything that you love about ‘Rick and Morty’, and throws it in together for a fun ride. Read on to find what that ride was about, or you can go back to reading my review/recap of the previous episode. 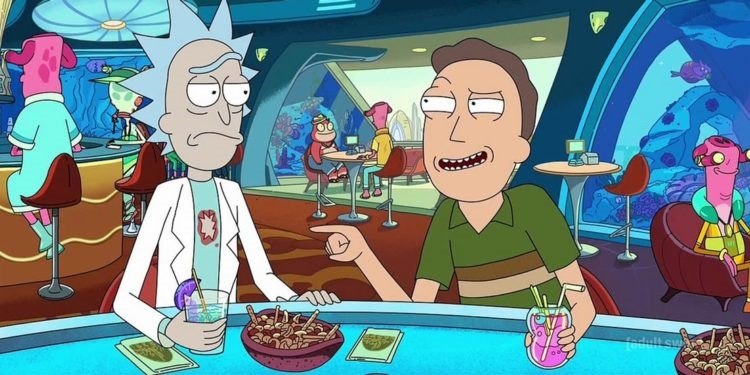 The episode begins with a lonesome Jerry living a dejected life, drowning in sadness and missing his family, and that is brought out using (obviously) the most self-parodying tone one could expect from this show, when suddenly Rick barges him and drags him naked for a space adventure. He later reveals that he only agreed to take Jerry since Morty appealed to him for being afraid that the isolation might make Jerry kill himself, figuring he’d need a win to make himself feel better about himself. A misunderstanding joke surfaces as Jerry thought it was an execution midway through the conversation, and even the dark nature of this conversation is insanely funny, which is what makes me love this show so much. The two visit a resort in another galaxy that is covered with an immortality field, thus negating the chance for someone as “fragile” as Jerry to be hurt or worse, killed during the adventure. Contrary to what one might have thought, the two enjoy drinks and open up about the failure of Beth and Jerry’s marriage. 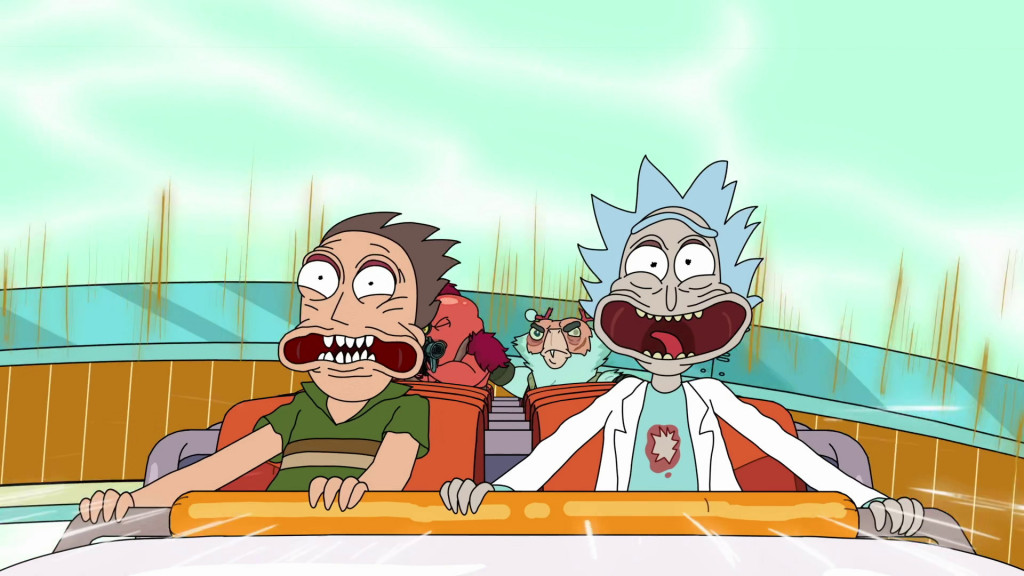 Back on Earth, Summer feels insecure about herself after her boyfriend Ethan dumps her for a girl with bigger breasts, and Beth dismisses it as “typical teenage girl drama”. In a hapless fit, she uses one of Rick’s devices to enlarge her breasts, and since through no conceivable means even in Rick and Morty world could THAT go correctly, she ends up horribly disfiguring herself. When Beth and Morty come to her aid, Beth refuses to ask Rick for help, stating they couldn’t rely on him for everything, actually arrogantly trying to prove her self-worth to her children and to herself. Since THAT too couldn’t have gone down too well, she ends up turning an oversized Summer ‘inside out’ in an attempt to ‘reverse’ what had happened. To add to that, in a laugh out loud scene, she even frees up the customer care executives she seeks help from regarding the machine, who were trapped in the machine itself. 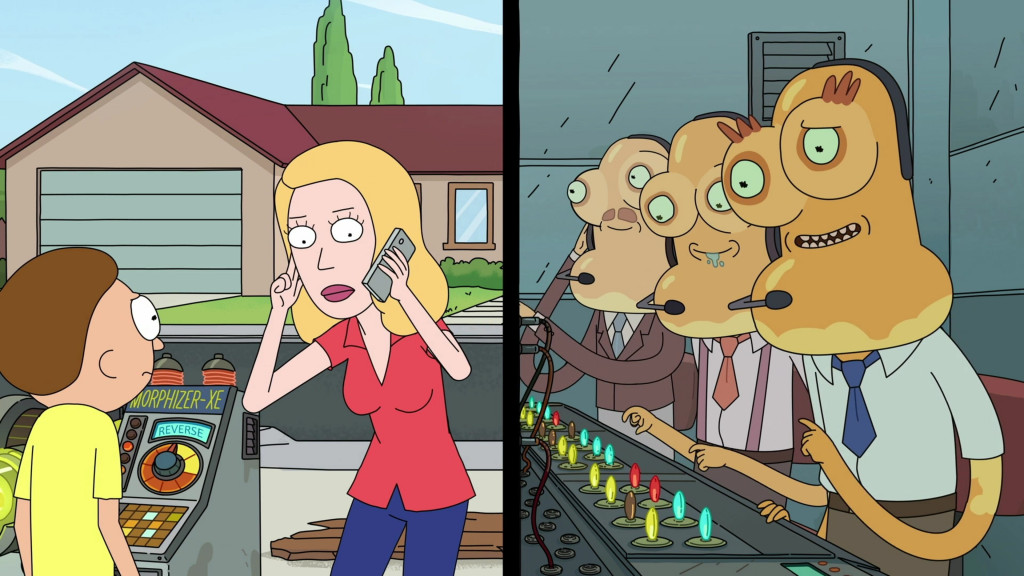 At the resort, Jerry is contacted by Risotto Groupon, the owner of the resort who wishes to kill Rick for usurping his kingdom, and urges Jerry to be enlisted for the same, knowing that his family life too had been sabotaged by Rick, and using that against him. While initially reluctant, a triggered Jerry agrees to have Rick killed by taking him on the Whirly Dirly, a roller coaster ride that literally touched the end of the world, and had a small segment where the ride would dip out of the immortality field, allowing a small window within which Rick could be shot by Risotto’s henchman. While on the ride, Rick tries to be nice to Jerry by acknowledging and apologising for the part he may have played in the breaking up of their marriage. Jerry tries to turn back, but in the ensuing chaos, the ride crashes, breaking the immortality field of the resort, giving way to possibly one of the darkest comical scenes on TV, wherein a sibling pair playfully shoot each other for fun, but one doesn’t get up after the shield is broken, as the other watches on. Yup, going to hell for considering that funny. 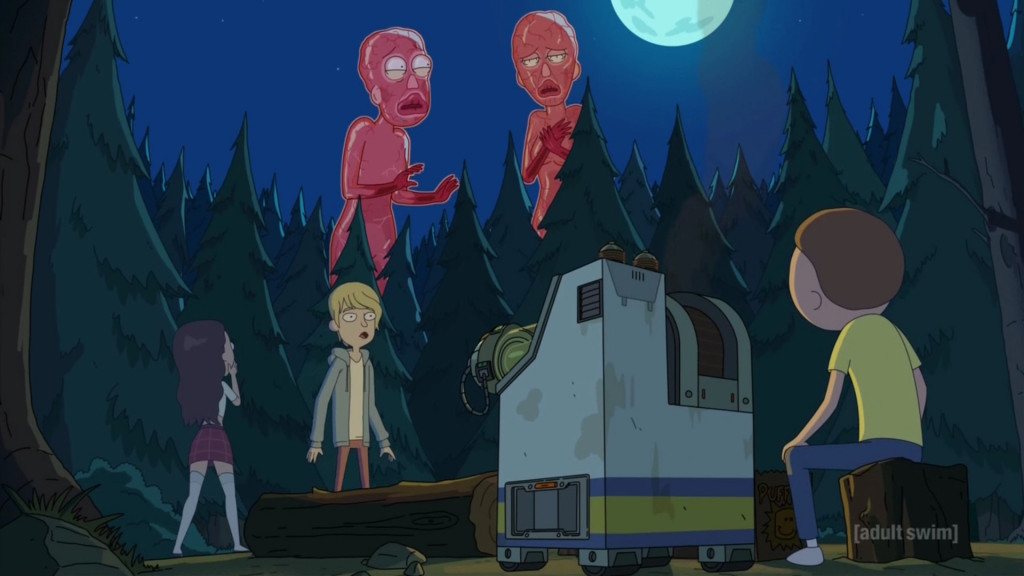 Morty and Beth search for Summer where Ethan and Tricia were camping out, and upon finally finding her, Beth turns herself into the same as Summer as the two reconcile. Morty, now having figured out how the machine works disfigures Ethan for hurting his sister. Meanwhile, stranded in the forest after the crash, an enraged Rick now aware of Jerry’s betrayal hammers him down for being a “predator” and luring pitying people by playing victim, terming him the villain for trapping his daughter when she was young and had choices.

As the two try to escape from the unknown planet, Rick is sedated to neutralize him as a threat, and while on the flight, Risotto Groupon tries to kill Rick while Jerry fights back, resulting in the time shield of the ship being broken just as they are about to enter a wormhole for the Milky Way, and what follows next is a trippy sequence merging the very “epoch” of the three through several moments in time. It’s beautiful to look at, wonderfully animated and as unique as anything ever created for television. When out of it, Rick, now out of his sedation quickly kills Risotto and uses escape pods for him and Jerry to return to Earth, where the two mutually decide not to reveal how Rick sabotaged their marriage and how Jerry was complicit in the plan to kill Rick. He then goes on inside the house to reunite with the family as Jerry watches on dejected from the outside. 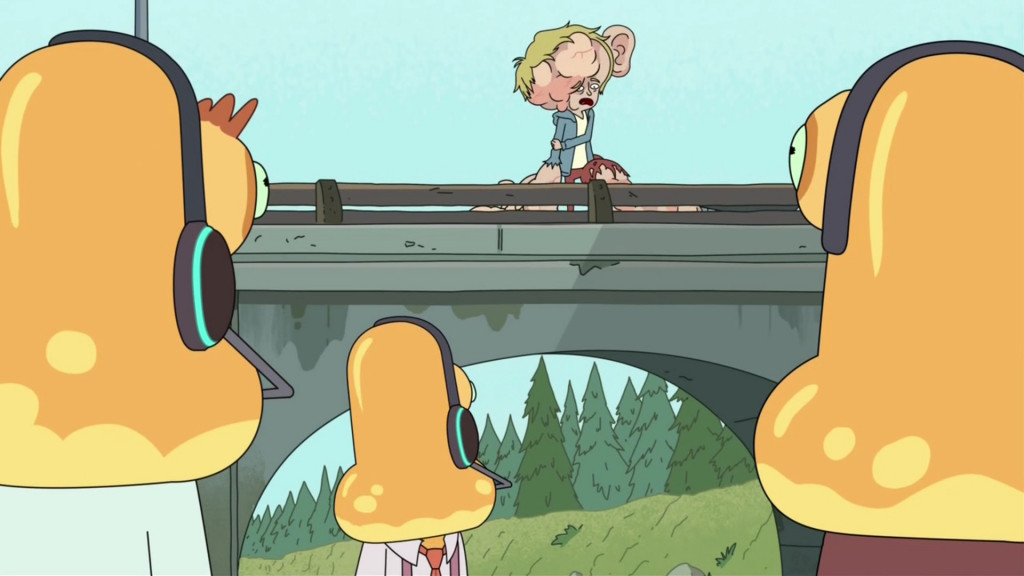 The three escaped workers from the Morphizer machine are enjoying their time off by a river bank after escaping from the machine, courtesy of Beth, as a horribly disfigured Ethan passes them by. An eagle suddenly swoops down and carries one of them along as the other two scream and try to chase them. 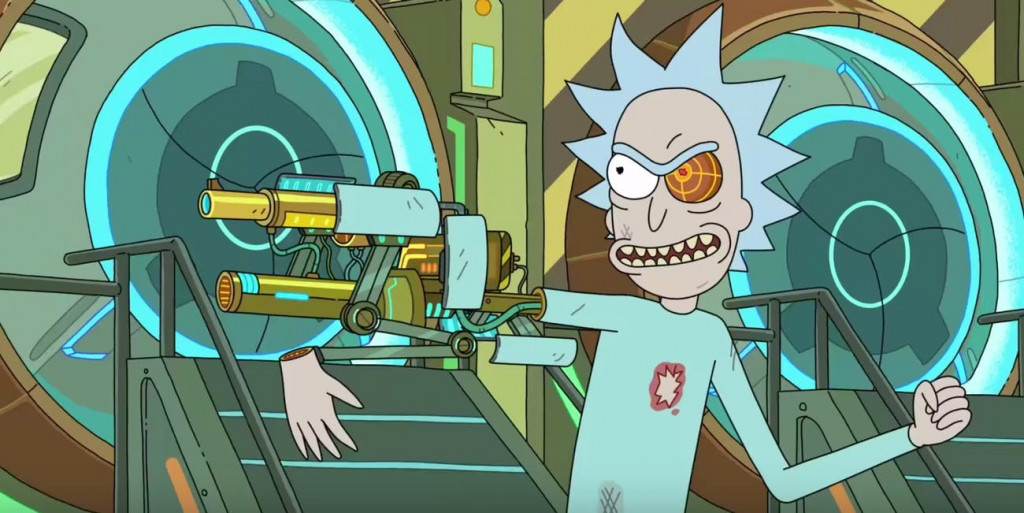 As I stated, this is a typical ‘Rick and Morty’ episode, encompassing everything that makes us love this series. There are really funny moments, crazy aliens, space shenanigans, the good old animated violence, revealing character confrontations, sci-fi banter, and a trippy sequence that in my opinion trumps all of them before, to top it all off. More than anything, what makes this one a real pleasure to watch is that it’s a Rick and Jerry adventure. One of a kind until now, boys and girls.