Rick and Morty Season 4 Episode 6: Everything We Know 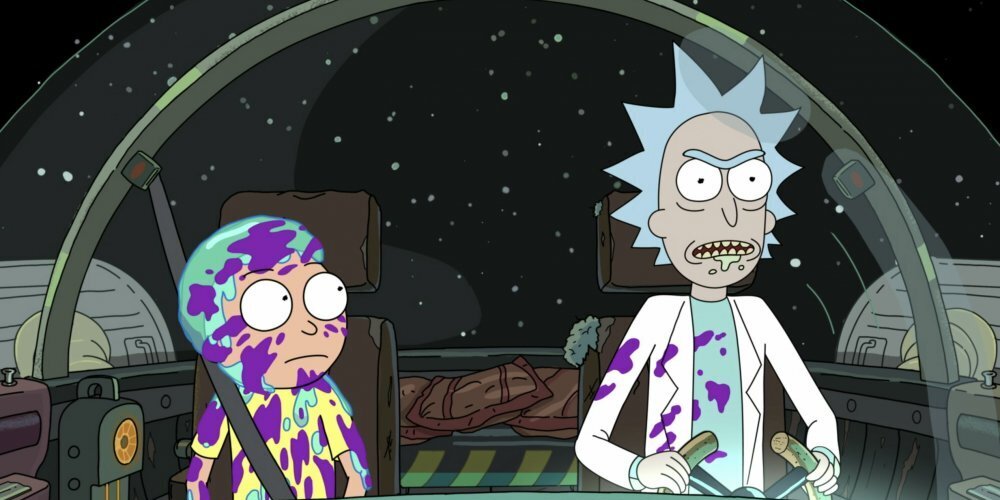 We are all eagerly waiting for Rick and Morty season 4 episode 6. The wildly popular show went on a mid-season break on December 15, 2019, after airing five episodes. In case you want to revisit the last adventure of the mad genius and his sidekick, i.e. episode 5, head to the recap section. If you are wondering about the release date of ‘Rick and Morty’ season 4 episode 6, allow us to help you. Here’s everything we know.

Unfortunately, there is no official update on when the show might be back from the hiatus. Still, the recent developments indicate that ‘Rick and Morty’ season 4 episode 6 might release sometime in April 2020, at 11:30 pm ET on Adult Swim. Just as the fans were running out of patience, the makers shared a tweet requesting the fans to hold on, just a little longer.

Good thing we have snake jazz in the meantime.

Where to Watch Rick and Morty Season 4 Episode 6 Online?

You can catch ‘Rick and Morty’ Season 4 Episode 6 on Cartoon Network’s late-night programming block Adult Swim at the above-mentioned time. You can also watch the episode on Adult Swim’s official website.

If you don’t have a cable subscription, you can stream the show on Hulu, Fubo TV, and DirecTV. It is also available for streaming on Sling TV. Another way you can watch the show is by availing the VOD service on YouTube TV, or by purchasing the episodes on Amazon Prime. In case you live outside of the U.S., you can stream the series on Netflix as well.

In February 2020, the show’s official handle shared a montage, where Morty is put in a game by Rick, where we see him running for his life, amidst the terror inflicted by an evil Meeseeks army and some fire-blowing creatures, only to be killed by a fly swatter at the end. Are we going to get an episode where this can occur?

In another video, we see a video-game version of Jerry’s world, where multiple Jerry’s are having the time of their lives in an amusement park. It ends with a closeup of bird Jerry aka ‘Squawk.’ There is a chance the future episodes might feature the character.

If you remember, the makers released a 30-seconds Superbowl featurette wherein Rick and Summer are trapped in a Pringles commercial with Robot Rick being their ambassador. Can this be stretched further in the upcoming episode?

The flavor stack takeover has begun. This is not an ad. [ad] @Pringles pic.twitter.com/NiehUUhHKN

Also, according to some theories that have been doing the rounds on the internet, we can expect Evil Morty to make a return and wreak havoc in the lives of Rick Sanchez and his family. It might have something to do with the continuation of the presidential election campaign episode. Or the makers might explore a whole new arc. If it happens, we know for sure that Evil Morty vs. Rick might be the most meta event in the history of the show.

In what appears to be a ‘Terminator’ parody, the episode focuses on two different subplots – A Rick and Morty time-travel adventure and Jerry’s solo adventure. Morty’s stupidity blesses him with a space snake bite, and the two find themselves in the middle of a snake war. Rick gets the anti-venom and saces Morty, who gets hellbent on helping to curb the snake planet’s political unrest after their head dies, and therefore, sends Slippy, a snake from earth to take her place.

It all goes downhill when Slippy falls in love with a scientist and is identified as an alien by other snakes, leading to a full-fledged Snake War. Rick intervenes and gifts the snakes with the ability to time-travel to reverse the situation, and chaos ensues as they go back in time to save Snake Lincoln, and Snake Hitler also resurfaces. A sharp cop, Shleemypants, teams up with Rick and Morty to put things in order. And at the end, Morty gets blamed for it all. Elsewhere, we see Jerry trying his best to do at least one thing without Rick’s help, and by that one thing, we mean putting up the Christmas lights without dying.