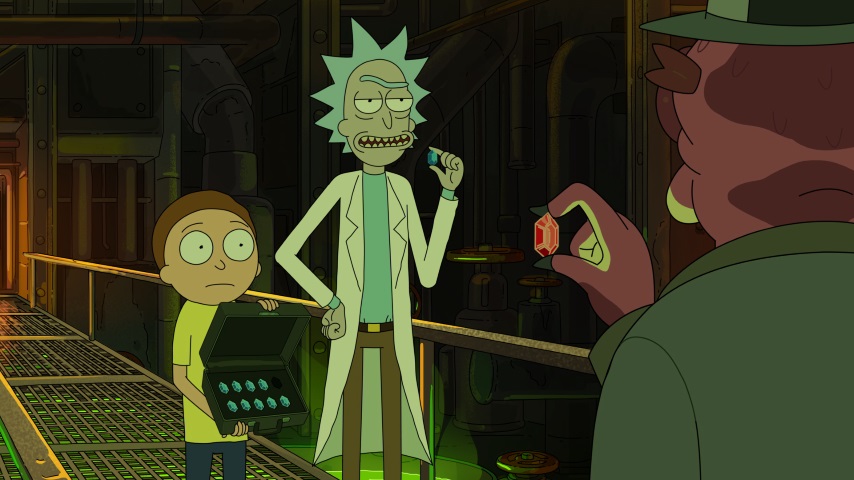 ‘Rick and Morty’ is an Adult Swim series that has proven to be the most popular and most critically-acclaimed animated show airing currently. The sci-fi show functions as a rough anthology where the titular protagonists are seen going on a different inter-galactic adventure each episode.

The series is created by Justin Roiland and Dan Harmon. The former has worked on animated shows like Hulu’s ‘Solar Opposites‘ and ‘Adventure Time.’

Where to Watch Rick and Morty Season 4 Episode 8 Online?

You can watch ‘Rick and Morty’ Season 4 Episode 8 by tuning in to Adult Swim on the timeslot mentioned above. If you don’t happen to have one, you can always head to the Adult Swim website, and stream the episode.

‘Rick and Morty’ season 4 episode 8 is titled ‘The Vat of Acid Episode.’ You can watch the trailer for the episode below:

As you can see from the promo above, Rick and Morty would be seen going on a “simple exchange.” But obviously, there are going to be some complications as nothing ever turns out to be as simplistic as planned on the show.

Moreover, the title of the episode is a witty reference to a scene in the promo of the second half of the fourth episode, where Morty is seen escaping a vat of acid and being chased by multiple Ricks. That scene had led to several fan theories, many of which had been “debunked” in the sixth episode of the fourth season. Hence, this could prove to be a further flex by the show’s writers, where they reaffirm the fact that they are always going to stay one step ahead of fans.

The episode could be a Council of Ricks episode. However, the Adult Swim series has consciously proven viewer speculations wrong. So, this one could be completely unrelated to the Council of Ricks. However, one thing is for certain: there will be a vat of acid. The blurb confirms it too: “the one with the acid vat.”