‘Rick and Morty‘ returned for a fourth season after a rather long time, finally satisfying its passionate (and slightly irritated) fans. However, fans find themselves in a similar situation yet again as the fourth installment draws to a close. Created by Justin Roiland and Dan Harmon, ‘Rick and Morty’ is credited with setting new standards for science-fiction comedy. Hence, a season finale always arrives packed with tons of promise. Does the fourth season finale live up to its expectations?

The episode starts with a punk Beth fighting off bug-like aliens. Then, her extra-terrestrial doctor reveals that the Beth living on planet Earth is a clone, created by Rick. Henceforth, the punk Beth would be referred to as “Punk Beth,” while the one on Earth would be referred to as “Beth.”The doctor implies that Rick might have started to love Beth more than Punk Beth. 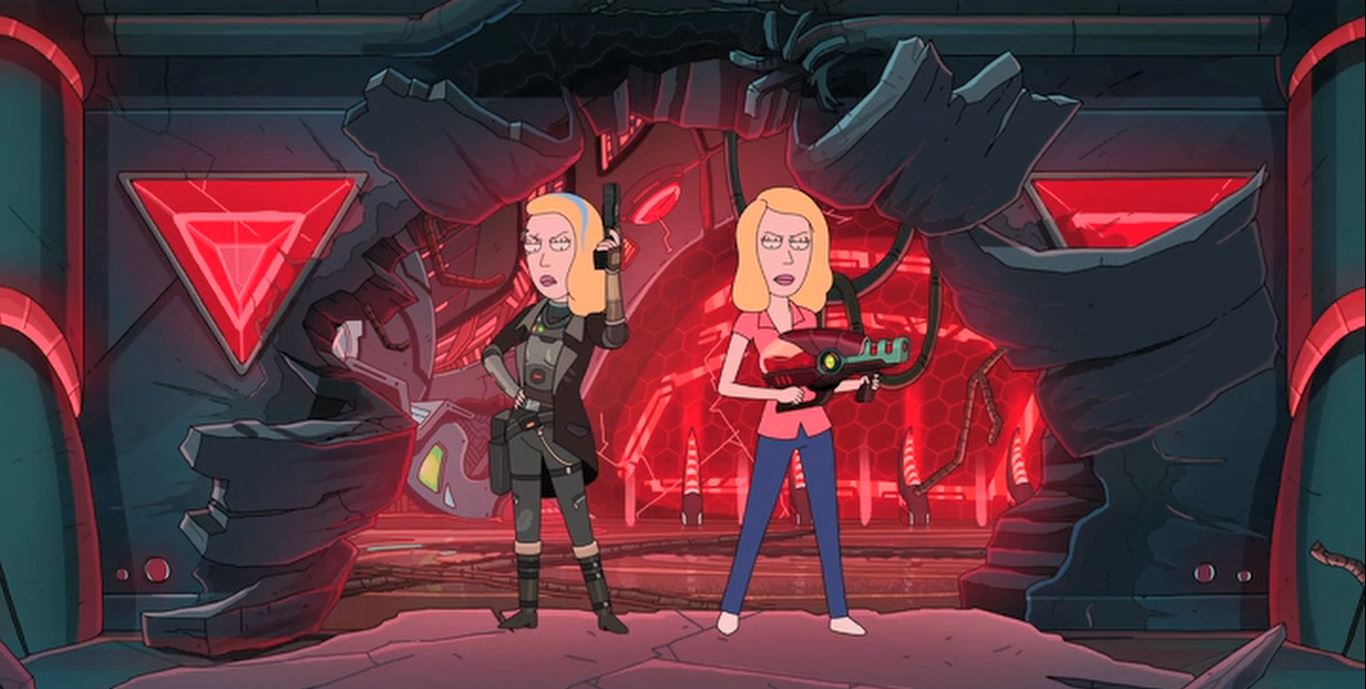 Back on planet Earth, Rick gives an invisibility belt to Summer. Morty wants the belt and follows her out of the house to get it. Punk Beth visits Rick and starts to attack him. The bugs-like aliens have arrived to invade Earth. They ask Morty and Summer for Beth’s location.

Beth is at the therapist’s office with Jerry. The aliens, with Tammy, visit the therapist’s office in order to capture Beth. Rick kills the aliens and tells Beth that Punk Beth is the clone. However, Tammy ends up sending both the Beths to the alien spaceship, which is in the galaxy. Morty and Summer fight off the remaining aliens and save Rick and Jerry. Rick kills Tammy. The aliens start to attack Earth with a giant laser called the Wrangler. Rick, Jerry, Summer, and Morty head to the alien spaceship to fight off the aliens, after a ‘Star Wars‘ reference. Summer and Morty decide to stop fighting for the invisibility belt and give it to Jerry.

Back on Earth, Rick tells the family that he doesn’t remember which one of the Beths is the clone. However, he has stored that memory in a memory vial. The Beths do not want to know which one of them is the clone. Rick watches the vial alone. Beth had asked him to choose whether he (Rick) wants her to stay with him or leave. Unable to choose, Rick had cloned Beth. However, in the process, he had ensured that he wouldn’t know which one of the Beths is a clone. The episode ends with Rick telling himself that he is a bad father.

‘Rick and Morty’ does it again. Once again, the adult animated show presents an extremely entertaining episode and ends it on a rather depressing note. Rick’s loneliness is here to stay. However, the season four finale gives viewers more than just a routinely engaging self-sustaining episode.

The season finale provides viewers with something major involving Beth. This proves to be a significant development for the character of Beth. In my opinion, Beth has been the least developed central character. Hence, it is certainly refreshing to see her finally get some attention from the show’s writers. Her characterization is handled in a characteristic ‘Rick and Morty’ fashion: combining heady sci-fi with emotionality.

It would be extremely interesting to see the return of Punk Beth. While it can be assumed that she would not be returning as a major character, it wouldn’t be too far-fetched to anticipate her arrival on a few occasions. She should be a pivotal part of the ‘Rick and Morty’ universe. By doing so, the writers provide something for fans who had theorized some form of continuity for the show. Overall, the season ends on a powerful and viewers shouldn’t have anything to complain about except for the fact that they would have to wait for more than a week to see the next episode of their beloved series.

Read More: When Will Rick and Morty Return?