RIDE ON TIME Season 2: All We Know 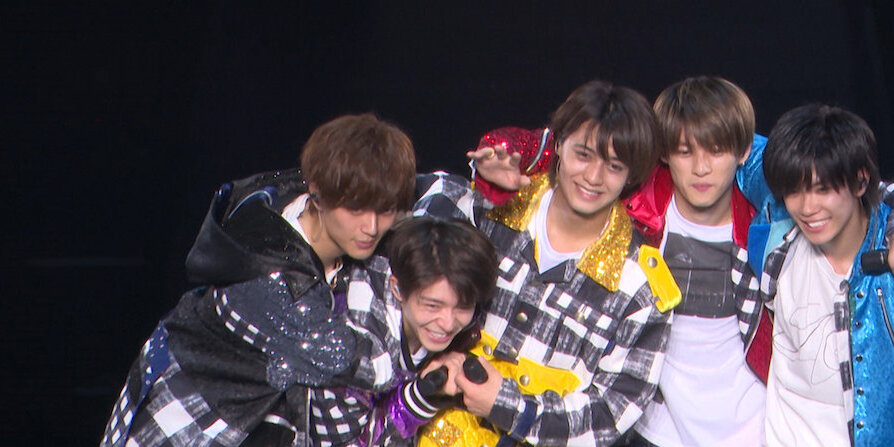 ‘RIDE ON TIME’ is a docu-series that offers the viewers, a detailed account of all the backstage drama that transpires into the lives of some of Japan’s most popular male idol groups as they embark upon concert tours. The show is financially backed by Kazuki Hara, Yumiko Shigeoka, Noriko Obana, and Tomoko Izudafirst and features the male idols who belong to the talent agency, Johnny & Associates.

The show first premiered in Japan in October 2018 and garnered a huge fan following, especially among J-Pop fans who lauded the show’s central theme that showcases the camaraderie between the group members and their relationship with the staff. Season 1 dropped on Netflix in July 2020 and was well-received by the audiences. In case you’re looking for the release date and other details of ‘RIDE ON TIME’ season 2, we have got you covered.

‘RIDE ON TIME’ season 1 premiered in its entirety on Netflix on July 1, 2020. It consists of 24 episodes with a runtime of 20-24 minutes each. Before dropping on the streaming giant, the show released on Fuji Television on October 5, 2018, and concluded its run on March 29, 2019.

Now, fans would be delighted to know that the second season already released in Japan on October 18, 2019. However, season 1 will have to garner enough eyeballs for the second season to land on Netflix. And it seems highly possible, considering the popularity of Japanese content on the network. If and when the show receives a green light, we expect ‘RIDE ON TIME’ season 2 to release sometime in 2022, on Netflix.

RIDE ON TIME Season 2 Cast: Who is in it?

Season 2 can also include a mixture of the bands like Yasu Asayuki, Travis Japan, Asayuki Yara, Beautiful Boy, Six TONES, HiHi Jets, Kis-My-Ft2, and Koichi Domoto who are either represented by Johnny’s office or the other collective, Johnny’s Jr.

RIDE ON TIME Season 2 Plot: What can it be About?

Season 1 follows the journey of Japan’s top boy bands comprising young male entertainers who are heartthrobs amongst teens, not just in their home country but also around the world. The show documents the behind-the-scenes drama that ensues as bands like King & Prince, Hey! Say! JUMP, NEWS, Kansai Johnny’s Jr., and Snow Man set out for their concert tours. It features interviews of the members wherein they address the challenges they faced during their debut.

The teen idols also share their experiences while being in Johnny Jr. before upgrading to Johnny’s. Apart from showing the glossy side, the series also puts the spotlight on the interpersonal clashes between team members and how they resolve the differences, some times for the sake of their performances. The series also reveals how the tour staff members manage the whole event, from setting up the stage, sound coordination, special effects, to stage props.

We also get a peek into the personal lives of the members apart from their on-stage personality. Season 2 might continue to document the lives of the Japanese boy bands. However, it can feature other groups like Yasu Asayuki, Travis Japan, Asayuki Yara, Beautiful Boy, Six TONES, HiHi Jets, Kis-My-Ft2, and Koichi Domoto.