All the Filming Locations of ‘Ride With Norman Reedus’ 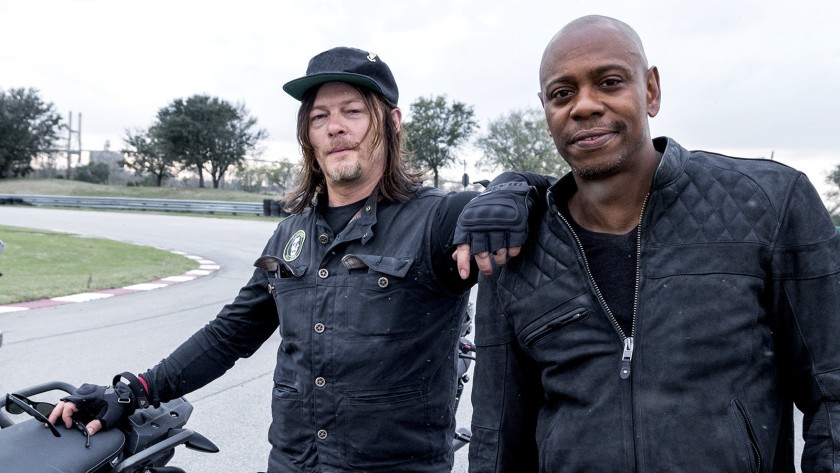 Despite the large number of travel shows that exist, one can never have enough of them. There is no dearth of unexplored places in the world and an even lesser lack of varied perspectives and sub-cultures that would spark genuine interest. ‘Ride With Norman Reedus’ is a travel show that biking enthusiasts would find especially appealing.

For starters, the show stars the biking enthusiast Norman Reedus who travels to various places on a motorcycle. Having gained prominence for his role on ‘The Walking Dead,’ Reedus’ affinity for biking might be something that many people would not be too well-versed with.

In ‘Ride With Reedus,’ the actor explores the biking culture in places all over the world. Accepting AMC’s proposal to be a part of the series was a no-brainer for Reedus. He said yes the minute the idea was floated, fearing that concept might not come to fruition otherwise.

‘Ride With Norman Reedus’ is essentially a travel show with a biker theme. The titular star of the show, Norman Reedus travels to a different city each episode. Generally, a guest accompanies him and together, the two explore the city’s biker culture, visiting several local places.

Hence, the show does not stick to any one filming location. Each episode is filmed at a different place. Since it is a travel show, it would be quite pointless to not film on location.

For the sixth episode of the third season of ‘Ride With Norman Reedus,’ the titular host travels to Nashville, Tennessee. The guest star of the episode is Marilyn Manson and the two are accompanied by a band of musicians as they explore the state’s musical culture.

For the fifth episode of the third season of ‘Ride With Norman Reedus,’ the titular star travels to Dallas, Texas and has Sean Patrick Flannery to give him company. Moreover, they also spend time with the tattoo artist, Oliver Peck.

What's better then finding a beautiful field of Texas bluebonnets… Finding the #macmanus brothers there! This is the episode I have been waiting for. Also the one and only Oliver peck will be in it as well! @wwwbigbaldhead @seanflanery @rideamc pic.twitter.com/yHxJjXJXIR

The fourth episode of the third season of ‘Ride With Norman Reedus’ sees Reedus travel to the state of Arizona. With Austin Amelio, he rides through the desert, going to the cities of Phoenix and Tucson.

Apart from Texas, Arizona and Tennessee, Reedus has traveled to various other places for the AMC series. In the third season itself, he visits Scotland, California’s Bay Area and London.

The second season kicks off with an episode set and filmed in Spain. To be more specific, Reedus travels to Barcelona and Valencia for the first episode of the second season followed by Charleston and Savannah in South Carolina for the next episode. Apart from that, the season was also filmed (and set) in Southern California, White Sands in New Mexico, Hawaii and Maxvoto, a communal motorcycle garage in Brooklyn.

Jeffrey Dean Morgan and Norman Reedus photographed while filming an episode of ‘Ride With Norman Reedus′ in Barcelona, Spain on March 14th. pic.twitter.com/XXqNzguthD

Moreover, filming for the first season took place in Las Vegas, the Appalachia region, Austin, Texas, Louisiana and the Florida Keys. Peter Fonda served as the guest star for the episode set and filmed in the Florida Keys.