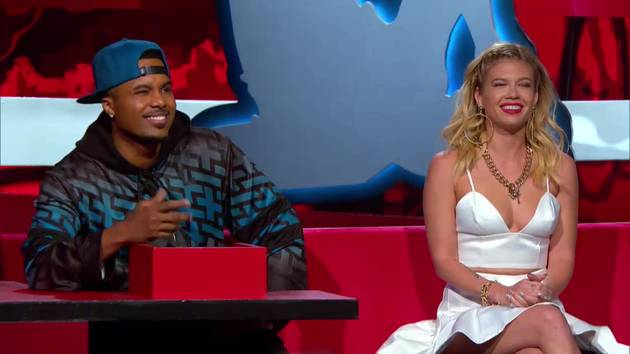 ‘Ridiculousness’ is a reality show on MTV that follows a premise similar to that of ‘America’s Funniest Home Videos’. However, here, the featured clips are not home-submitted. The series instead picks up viral stunt videos streaming on the Internet, which usually involve failed, DIY attempts. These clips are then accompanied by mock commentaries from its panel of hosts and commentators.

The show originally aired in 2011 and has seen a total of 14 seasons till date. Here’s everything we know about Ridiculousness season 15.

Who is the Host of Ridiculousness?

‘Ridiculousness’ is hosted by Rob Dyrdek alongside Sterling “Steelo” Brim and Chanel West Coast. Dyrdek was previously a prominent, professional skateboarder, who currently is an actor, producer, and television presenter. He is best known for featuring on ‘Rob & Big’, ‘Rob Dyrdek’s Fantasy Factory’, and ‘Wild Grinders’.

Brim is also a talented actor and a tv personality while Coast is a rapper, television host, and model, primarily known for her appearance on ‘Rob Dyrdek’s Fantasy Factory’. Across the episodes, the trio is joined by multiple celebrities in guest appearances.

What is Ridiculousness About?

‘Ridiculousness’ features trending stunt clips from the Internet, which usually culminate in failure. The videos are not submitted by viewers but shortlisted by the production team — with a warning, “Because of the dangerous nature of the stunts being shown, any attempts to submit a video to the show will be rejected.”

In one of the episodes, Super Bowl Champion Victor Cruz arrives on set and discusses a queer illness called “Fumble-Itis,” while highlighting the style of “Mild Salsa” and stressing on the importance of wearing the perfect “Dome Defender.” WWE Superstar Becky Lynch makes an appearance and teams up with the crew to witness some funny scenes of “Lass Kickers.” Actor and musician Trevor Jackson lands on set to watch some extremely comic “Superfly Action Heroes” and clips on “Rough Drafts.”

Another episode delves deep into how all pets believe that their human owners are crazy and how the dimwitted respond to normal comments. Rapper Jay Rock teams up with the crew to expose a few “Fakers” and prove how nobody can escape “Karma-Kaze.” On a health-themed episode, Rob, Chanel, and Steelo meet a couple of “Industrial Strength Humans” and indulge in “Energy Drunks.”

Again, UFC fighter Daniel “DC” Cormier features in an episode to get some idea about a sleeping disorder called “Knucklepsy” and attempts to test the strength of his teeth in “Pain Eaters”. We then witness extremely soft people, termed as “Pillow-Soft”, and learn about an Internet trend named “Dad Tube.”

Rob, Chanel, and Steelo take a few tips from the “Dumb But Brilliant,”  engage in a battle for survival on “Pole Land” and embark on a time travel quest with “Retrodiculousness.” Rapper Rich the Kid is the star of one episode where he gets to engage with “Undercover Aliens,” work “9 to 4:20” and offer a helping hand to people in need of a new freezer.

The trio of hosts gets a first-hand glimpse of “The Suck Zone,” come face to face with animals that are “Hungry for Human”, and engage in a bit of “Funstruction.” They next participate in “Past the Braking Point,” get involved in the first offence of their lives in “First Crimers” and see how animals get naturally rejected in the wilderness.

Rapper and actor Machine Gun Kelly appears alongside Rob, Steelo, and Chanel to get “Down and Dirty,” get introduced to people “Going Thru S**t” and participate in “Drunkathlon.” In another episode, R&B great Tank arrives on stage to discuss how music is transforming fans into “Absolute Savages.” He also explains how the greatest things in life are “Worth Waiting For” and meets a couple of unwary individuals at the gym who are called “Unarmed Tanks.”

Rapper O.T. Genasis features as the star in yet another episode and attempts to discover why “Everybody Mad.” He also experiences the “Cham-pain” and embarks on a quest to “Wrong Beach.” Next, Rob, Steelo and Chanel get involved with the “Masters of Mean,” receive some weird pieces of advice in “Wisdumb” and try their best not to arrive late in “Get There or Die Trying.”

The iconic Laker Kobe Bryant is the highlight of one episode where he enlightens viewers about his Wizenard book series, judges the talent of a few “Bargain Bryants” and decides if they actually possess the required “Mamba Mentality.”

Each episode of ‘Ridiculousness’ highlights a collection of the funniest, weirdest clips that leave viewers shaking with laughter. Real, raw, and authentic, it promises the right dosage of comedy in each of its hilarious scenes.

Ridiculousness Season 15 Release Date: When will it premiere?

‘Ridiculousness’ Season 15 premiered on September 7, 2019 on MTV. It is expected to feature around 40 episodes and conclude with its finale sometime in January 2020.

You can watch the official trailer for ‘Ridiculousness’ below. You can also head to MTV if you wish to catch up on all the previous episodes from the show.

One Piece E944: Where And When To Stream