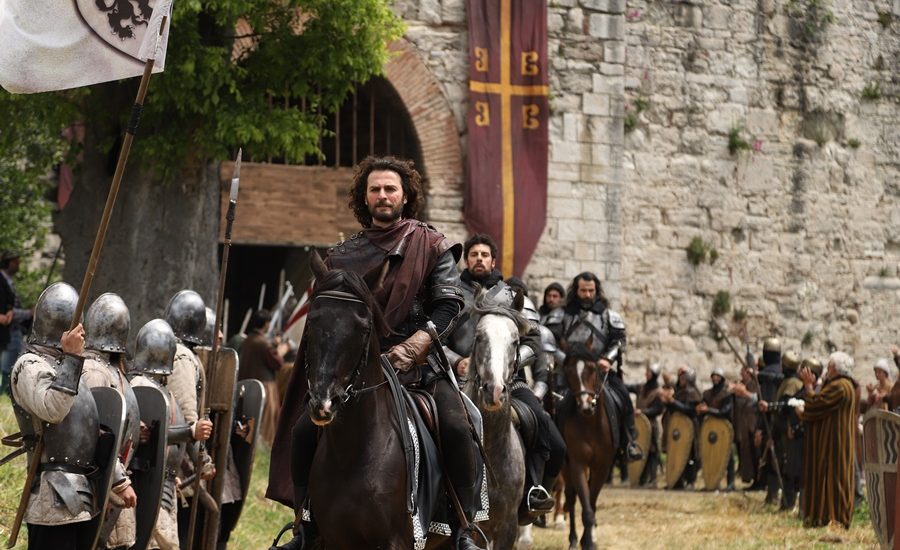 Over the course of history, there have been events that have shaped the world. At the time, perhaps, mankind could not comprehend the enormity of what was happening, but with structures becoming clearer in retrospect, historians have been able to pinpoint certain incidents that stand out. ‘Rise of Empires: Ottoman‘ tells us the story of one such event.

History is essentially what survives chance and judgment. Accordingly, the Netflix show centers on the story of Sultan Mehmed II. We follow his journey as he looks to conquer Constantinople. The capital of the Eastern Roman Empire was held by Byzantines, or Romans, at the time. Their defeat marked the beginning of the Ottoman Empire, which would go on to last for centuries. We also see the expansion of this empire in the mid-1400s.

Telling us tales of events that shaped the course of history, the historical fiction series depicts the fall of Constantinople from a different perspective. As with historically rich shows, you can understand that the visuals have to be well-executed, to make the show immersive and entertaining.

Naturally, you might be wanting to know about where ‘Rise of Empires: Ottoman’ has been filmed. We have got you covered in that regard.

In ‘Rise of Empires: Ottoman’, most of the action takes place in Byzantium or Constantinople. Accordingly, the show has been filmed in Istanbul, Turkey. The transcontinental city is often considered to be a gateway between the east and the west. Filming in a city like Istanbul has also allowed the show the opportunity to hire Turkish actors, lending an aura of authenticity where cultural representation is concerned.

Unsurprisingly, some filming does take place in the studio, and special effects are used to recreate the past. However, without much ado, let us dive into the specifics of the filming locations of ‘Rise of Empires: Ottoman’.

Since the Istanbul or Constantinople we see in the show, is very different from how the city looks today, filming locations would have to be selected with care. That being said, several notable historical buildings in Istanbul still showcase Ottoman architecture and make for fantastic establishing shots.

The most iconic Istanbul location among these is the Hagia Sophia. It was built by Constantine the Great in 325AD and was a Greek Orthodox Church. It was rebuilt in 537AD by the Byzantine Emperor Justinian 1. Hagia Sophia remained a church until the Ottomans took over the city and turned it into a mosque.

Basilica Cistern, which is a little distance away from the Hagia Sophia, was built by Justinian 1 as well, in 532AD. The underground cistern is a majestic sight and something that would help viewers understand how Constantinople was in the days of yore.

The Hippodrome, which used to be a famous racecourse for chariot races, and was considered to be the heart of the city, has to be recreated. It looks different in the present day, but will undoubtedly give viewers an insight into the Byzantine empire.

The Topkapi Palace used to be the home of Ottoman sultans between the 15th and 19th centuries. Since the show chronicles the expansion of the Ottoman empire in the mid-1400s, the palace represents a seat of power at the time. The Church of the Holy Saviour in Chora was one of the finest Byzantine churches in the 14th century, which was converted to a mosque, and is currently a museum. It would undoubtedly help ‘Rise of Empires: Ottoman’ capture the transitionary time in history.

In case you are wondering about where the studio work for the series takes place, look no further. The Netflix show smartly heads to Los Angeles, in order to save on production costs, to do most of the required studio work there. You can check out the tweet below, confirming the start of filming in Los Angeles.

‘Rise of Empires: Ottoman’ has been shot almost entirely in Istanbul, using special effects when needed, to bring the past to life. Seeing as some of the Byzantine structures are still standing in Istanbul, and are prominent markers that distinguish the city, the show is bound to incorporate them to set up this space, within which we trace the rise and expansion of the Ottoman Empire.