What Was Rishi Kapoor’s Net Worth? 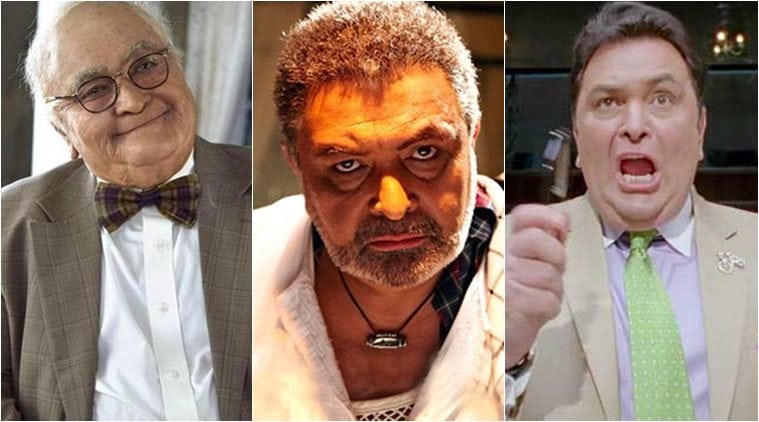 Rishi Kapoor has been one of the most prominent faces in Indian cinema. He comes from a family whose history is tied to the film industry in India. Rishi is the second son of actor and director, Raj Kapoor, and the grandson of thespian Prithviraj Kapoor. Rishi started early, debuting in his father’s film ‘Mera Naam Joker,’ which won him a National Film Award.

Since then, Rishi appeared in numerous famous works, including ‘Amar Akbar Anthony,’  ‘Do Dooni Chaar,’ and ‘D-Day,’ where he appeared alongside the late Irrfan Khan. Apart from having a prolific professional career, Rishi is also a family man. He’s married to Neetu Singh, an actress with whom Rishi appeared in 12 movies. The couple has two children, Riddhima and Ranbir, who’s a star himself. Rishi has had a successful life, which might make you wonder about his net worth. We have got you covered.

How Did Rishi Kapoor Make His Money?

Rishi Kapoor has an extensive body of work, and the actor primarily appeared in Indian movies. Just between 1973 and 2000, Rishi played the lead in 92 films, out of which 36 turned out to be box office successes. He started in ‘Mera Naam Joker,’ but his first lead as an adult has been in ‘Bobby.’ Many believed the movie had been made to launch Rishi’s career, but it was made to pay the debts for ‘Mera Naam Joker.’ Either way, Rishi did not look back after ‘Bobby’ became one of the most acclaimed movies of the decade. Eleven of his 51 solo hero films were successful at the box office, while 25 of his 41 multi-hero projects were met with commercial success.

Between 2008 and 2020, Kapoor appeared in nearly 25 movies, among which are some sensational hits like ‘Love Aaj Kal,’ ‘Agneepath,’ and ‘Shuddh Desi Romance.’ Most recently, Kapoor can be seen in projects like ‘Mulk,’ ‘102 Not Out’ and ‘Rajma Chawal.’ Notably, ‘102 Not Out’ reunited him with Amitabh Bachchan, after 27 years.

However, acting is not Rishi’s only source of income. He also happens to have holdings in various business enterprises, besides being a film producer and director. Quite a considerable portion of Rishi’s earnings also comes from advertisements and brand endorsements. In January 2017, Rishi released his autobiography, titled “Khullam Khulla: Rishi Kapoor Uncensored.” He’d authored it along with Meena Iyer.

At the time of Rishi’s death on April 30, 2020, he’s still attached to a project titled ‘Sharmaji Namkeen’ by Hitesh Bhatia.

Anyone familiar with Bollywood knows that the Kapoor family is hugely respected within the industry. They are almost treated as royalty due to their involvement in making Indian cinema better, over the ages. Rishi stands out on his merit as well, with nearly 123 movies to his name.

At the peak of his career, he had an annual income of Rs. 20 crore (INR), which translates to around $3.7 million. Apart from his earnings, Rishi’s properties and assets, among which are several luxury cars, are estimated at around $9.7 million. Taking all his assets into account, Rishi’s net worth at the time of his death in 2020 was estimated to be $40 million.