Rodney King Death: How and When Did He Die? 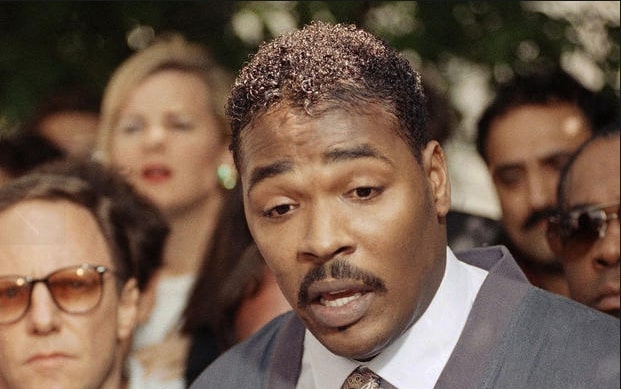 ‘Let It Fall: Los Angeles 1982–1992’ is a 2017 American documentary from ABC, that looks at the decade preceding and including the Los Angeles riots of 1992, which are also known as the Rodney King riots. So, how did one person come to incite a city-wide riot that is remembered to this day? Well, Rodney who was on parole for robbery led the police on a high-speed chase through the city of Los Angeles and was later charged with driving under the influence.

When the cops stopped him, Rodney was ordered out of the car and the police proceeded to beat him with batons and kick him for nearly 15 minutes, while other cops stood around watching and commenting on the beating. Rodney ended up with skull fractures, broken bones and teeth, and permanent brain damage. The officers involved in Rodney’s beating were all acquitted. This surprising verdict, coupled with the excessive discriminatory force the LAPD had been using against people of color for a long time erupted as the LA riots. After surviving the beating, Rodney did go on live for some time. So, how and when did Rodney King Die?

How and When Did Rodney King Die?

Rodney King was found dead in his swimming pool in Rialto, California, on June 17, 2012. He was 47 years old at the time. The cops received a 911 call from Cynthia Kelly, Rodney’s fiancee, around 5:25 AM. Since Kelly was not too good a swimmer herself, she got a pitchfork and hoe and tried to arouse Rodney before help arrived. The responding officers found King at the bottom of the pool. They removed him and performed cardiopulmonary resuscitation till paramedics arrived. However, Rodney was declared dead on arrival at the local hospital.

His death was ruled as an accidental drowning though alcohol, cocaine, marijuana, and PCP were found in his system and could have been contributing factors. The San Bernandino County coroner’s office released the report which stated, “The effects of the drugs and alcohol, combined with the subject’s heart condition, probably precipitated a cardiac arrhythmia and the subject, thus incapacitated, was unable to save himself and drowned. There is nothing in the history or autopsy examination to suggest suicide or homicide, and the manner of death is therefore judged to be accident.” Since no foul play was suspected, the police investigation was closed.

Notably, Zhan Paul King, Rodney’s brother stated that King had “been doing very well and was happy.” He seemed to have his life in order. King even moved past the brutal beating he received, telling CNN, “Yes, I’ve forgiven them, because I’ve been forgiven many times. My country’s been good to me, and I’ve done some things that wasn’t pleasant in my lifetime and I have been forgiven for that… It’s like something happening bad in my own house. This country is my house, it’s the only home I know, so I have to be able to forgive — for the future, for the younger generation coming behind me, so … they can understand and if a situation like that happened again they could deal with it a lot easier.” [Cover Picture Courtesy: AP Photo/David Longstreath]