‘Rogue City,’ also known as ‘Bronx,’ is a French action thriller that explores how the natural rivalry between cops and gangsters leads to some rather devastating outcomes. Directed by Olivier Marchal, it features stellar performances by Lannick Gautry, Stanislas Merhar, Kaaris, Patrick Catalifo, Jean Reno, and Catherine Marchal. Hang tight, because in this article, we discuss what the ending of the film is all about!

Richard Vronski is a member of the Anti-Gang Brigade, and while he may employ some unconventional methods, he seems to get the results they need. However, the rivalry between the gangs in Marseille becomes messier and more violent, and with each passing day, the cops have to do their best so that their personal lives do not get intertwined with their dangerous profession. After all, corruption and dishonesty surround them. Although Vronski tries his hardest to protect his teammates, the consequences of their actions could cost them their lives.

To strike a deal with the Bastiani matriarch, Catarina, Vronski visits their residence. He has Costa’s notebook, which details every transaction that the murdered cop had carried out for the crime syndicate. Vronski also points out that since one of their own was killed at the beach encounter, the Narcotics department will not spare anyone who was involved.

So, Vronski offers to exchange the notebook for the file that the crime family has kept on Leonetti. He also asks them to stop blackmailing his senior officer. But that’s not all, as he states that he will link Nadal with the beach shootout. This will also give the Bastianis enough time to absolve themselves, following which, they must lay low in Corsica. The deal is successful, and later, Vronski heads over to Leonetti’s house to hand him the implicating file.

The protagonist calls Nadal and tells him to rendezvous at 6 pm at the usual meeting spot. In the car, Campana is there with Vronski as well. When the gangster pulls up, the cop hands him one of the bags that is filled with money. In an ensuing altercation, Vronski’s team kills Nadal and his crew, following which, they plant the guns in his car to frame the gangster for the beach shootout that went south.

Back at the Leonetti residence, the daughter confronts her father about his crooked past and all the lies he has spewed. Looking at a photo of him and a woman in the file, he explains that she is the wife of one of the thugs he put in jail. He states that he had no choice as the Bastiani family blackmailed him and threatened to reveal the secret to the husband, which would have resulted in the daughter’s death, alongside his.

During a press conference, Leonetti affirms the theory that Nadal is responsible for the ill-fated shootout, hence alleviating the police force of any liability. Although he is asked about Kapellian’s suicide and the double murders of Costa and his wife, the chief gives a very diplomatic response. However, Jankovic tells Campana that the team will not be allowed to wash their hands off the crime so easily.

Vronski goes to the hospital to meet de Vrindt, where he thanks her for helping save Zach and Hélène’s lives. He then reveals that he is leaving so that he can start afresh and leave the whole mess behind. Following this, Zoé and Vronski leave the port to sail the open blue seas after bidding farewell to Eugene. It seems as though all’s well that ends well. However, one by one, the members of Vronski’s team are killed.

Campana is stabbed, whereas Leonetti is drowned. Max and Zach are shot dead in the car, and even the Bastianis are murdered when their vehicle explodes. From a distance, Zoé sees the father of her child getting shot to death on their boat. It is revealed that Jankovic is the man behind this killing spree, and he is seen informing his comrades that the younger Leonetti is approaching their location.

At the start of the movie, Vronski has a very interesting interaction with Paul Maranzano. In a conversation that references Leo Tolstoy’s ‘Anna Karenina,’ the latter asks the protagonist if he stole the name from the book. The gangster further states that he hates the ending as she kills herself over “that officer.” But the cop rebuffs this by saying that it has never been about the man. Anna suicides because she is overcome by remorse and guilt about abandoning her family; she cannot deal with her own reality anymore.

When you discern that in the previous scene, Willy Kapellian is shown shooting himself and his family, this conversation between the cop and the prisoner becomes even more relevant. For the uninitiated, the novel is the widely acclaimed story of Anna Karenina. It beautifully combines the themes of love, lust, jealousy, betrayal, and life in high society to deliver a tale of tragedy. She has an affair with Count Alexei Kirillovich Vronsky, and as the plot progresses, her life starts to unravel slowly.

In the end, her depression and paranoia lead her to jump in front of the train tracks and commit suicide. Notably, Kapellian’s act of suicide foreshadows this conversation between Vronski and Maranzano. (An ironic thing to regard is that even in the novel, Anna’s death is signified in the very beginning when a train attendant falls onto the tracks and is killed). We’d even argue that Willy personifies Anna Karenina in ‘Rogue City.’ Willy is a part of the team that carries out the operation at the beach, which results in the death of an undercover cop; it is Vronski who leads it. 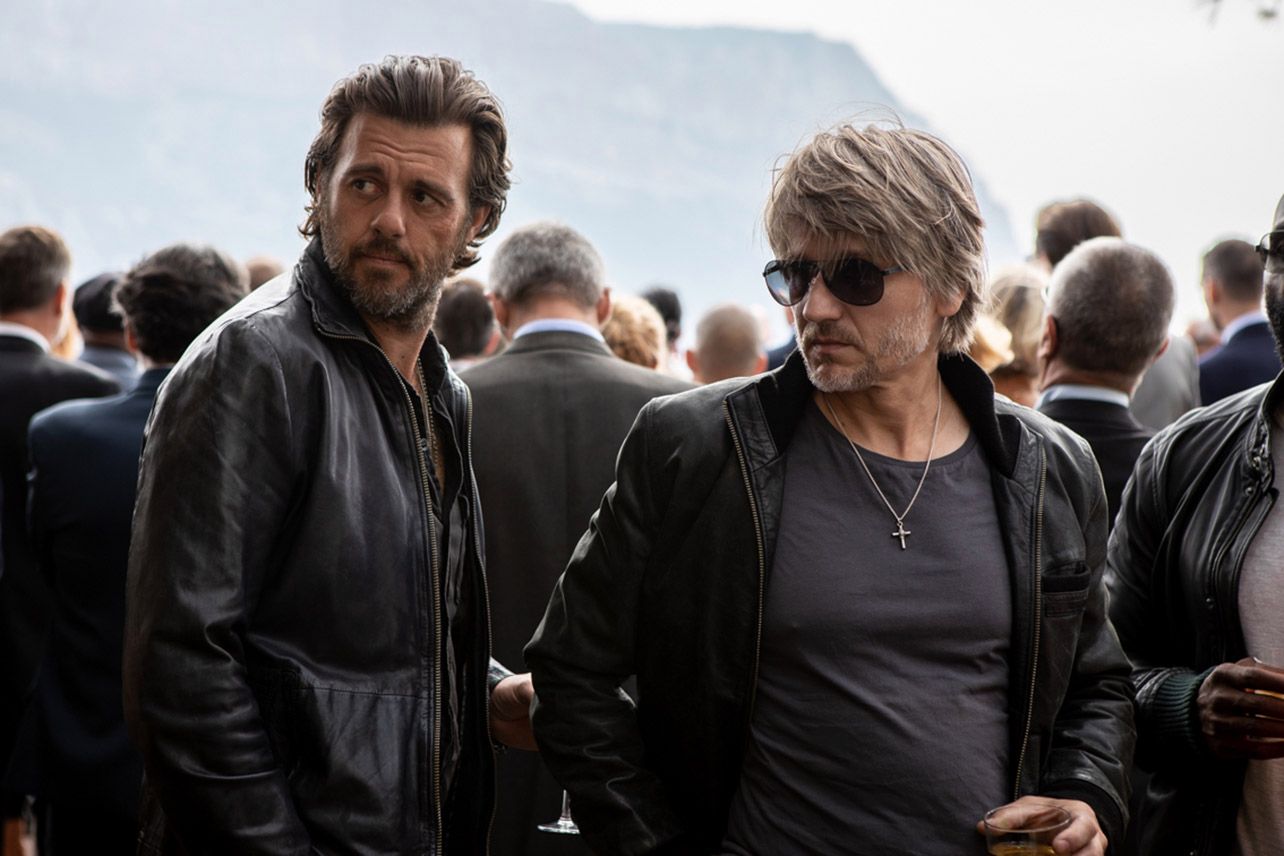 Furthermore, Willy is depressed about his marriage, and it seems like he just can’t wait to get out of it. This is proved when he hooks up with Leonetti’s daughter. Then, there’s the fact that his drinking habit becomes worse over time. So when he finds out that he was responsible for killing one of his own, the reality becomes too much for him to handle (It is revealed through a text that Vronski sends to Max). In an alcohol-fuelled rampage, Willy goes home and shoots his family before finally killing himself.

While the motifs of the train are certainly missing in ‘Rogue City,’ it is clear that both Kapellian and Anna Karenina were souls with similar trajectories and motives. We also can’t help but think that if Vronski had never carried out that operation in the first place, then Willy, his wife, and his children would still be alive. Before we conclude this discussion, we do want to clarify that Vronski is not a villain who doesn’t care about his team. In fact, it is the exact opposite.

We’d even argue that there is this very fine line between being a hero and being a malefactor that the movie really plays with. There is also something to be said for the fact that the entire incident only creates more problems for them. Also, if the shootout had never occurred in the first place, then the undercover agent would not have died. Consequently, the chain of reaction would cease to exist, meaning that Vronski and his accomplices would have still been alive too. Just as a life with Count Vronsky caused Anna Karenina pain, in the end, a mission with Vronski eventually costs Willy Kapellian his life.