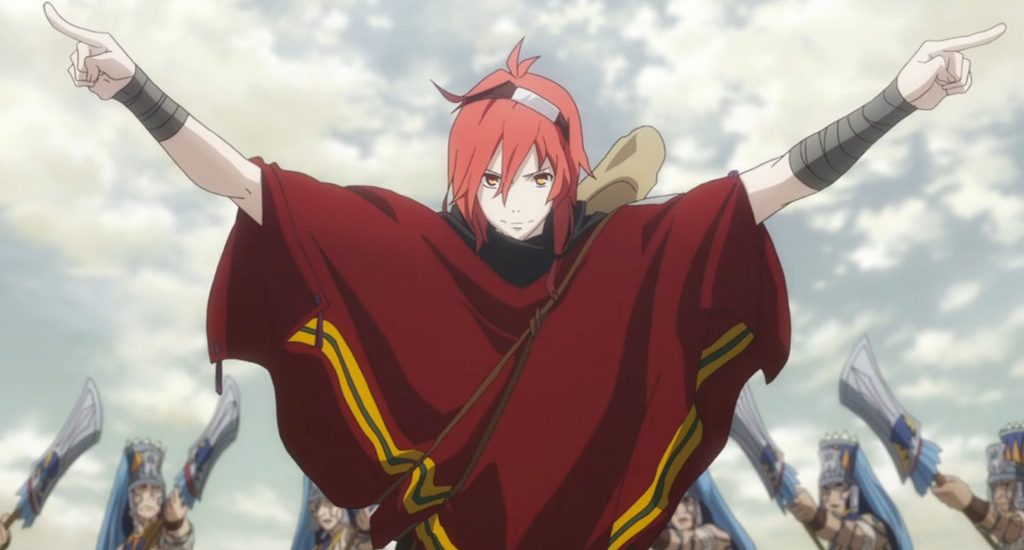 ‘Rokka no Yuusha’, also known worldwide as ‘Rokka: Braves of the Six Flowers’, is a series of Japanese light novels written by Ishio Yamagata with artworks done by famed illustrator Miyagi. A total of six volumes have been published till date since August 2011 by Shueisha, with a manga adaptation also being released by Kei Toru in the year 2012. Both collections are licensed and released by Yen Press in North America. The anime adaptation that we are going to focus on here is directed by Takeo Takahashi and produced by Passione. It aired initially in Japan and was later released all over the world.

Rokka no Yuusha Season 2 Release Date: When will it premiere?

Rokka no Yuusha season 1 premiered on July 5, 2015 and ended its run on September 20, 2015. Even though we haven’t received any official confirmation on the next season, fans worldwide have been waiting with bated breath and we are sure the hype is bound to come into play sometime soon. This is one of those anime that you know deserve a second season but somehow they get lost in the void. It is one of the best anime I have watched in a while and even though sales were poor in Japan, a sequel is really called for here. I mean, the anime introduces a whole new character in the last episode, which also happens to be a plot twist. Why would they do this if they had no second season in mind?

We are not sure if we’ll ever get to see what happens to the Braves, but our best guess is that if the anime does get renewed, Rokka no Yuusha season 2 release date could be sometime in 2021. That being said, the light novels are the best bet at this moment, since they do continue the story and don’t leave you hanging on a cliff.

The English dub of the anime lives up to its Japanese counterpart quite well but we do recommend watching the original if you want a more authentic experience. It is licensed in North America by Ponycan USA and is presently available on Crunchyroll.

There was a time when all of mankind lived in peace, until an unknown entity arrived and disrupted all unity. They named this creature the ‘Demon God’. This creature was the ultimate infestation of evil and turned men against each other, ultimately succeeding to destroy the very strands of humanity. The skies lit up in flames and the very trees that gave the land life, burned; such was the power of the Demon God. It is during these perilous times that a savior emerged among all, the guardian of light who managed to give them one last hope. She vowed to take down the Demon God and restore peace upon the land. After saying this, she set out on her journey, swearing to not return until the Demon God has been slain.

Days turned to nights, yet there was no sign of the savior, until the day the flames in the skies were finally extinguished. On the horizon was the silhouette of a tired figure walking slowly back to town, shaken but not beaten. She comes back and declares everyone safe for now. She describes her struggle with the Demon God and how she had fought valiantly in order to take him down but only managed to subdue him for the time being. She tells them that the Demon God will return and when he does, she will empower the six most skilled warriors in the land with her blessings. She then departed the land and was never seen again. Peace did restore to the land and they erected a statue in her name, calling her the Goddess of Fate. They come to be known as ‘Braves of the Six Flowers’ and each time the Demon God resurfaced, they were there to save the land from his evil intentions. This brings us to the modern era.

A mysterious character who proclaims himself to be the ‘strongest man in the entire world’ is seen roaming the streets when a declaration is made for the semi-finals of a championship that has been going on. The kid seems quite interested and heads for the gathering in front of the palace. While the two fighters are being introduced, the mysterious kid decides to jump in and throws a challenge against the two contenders. He again calls himself the strongest man in the entire world, stressing on the word strongest and proceeds to take them on together. The minister points out that it is a violation of the rules and a blasphemy in front of the King and the Goddess of Fate.

Seeing the kid bent on taking the contenders on at the same time, the minister orders the royal guards to take him out. The kid takes all of the guards down in one swift move and introduces himself as Adlet, the strongest man in the entire world. The contenders, now enraged, charges at the kid who effortlessly dodges and counters each move, bringing them both down to their knees but breaking his arms in the process. He is taken as a prisoner and locked up behind bars till a verdict is declared.

Adlet counts his days inside his prison until his arms heal, which is when he contemplates escaping. He doesn’t get the chance though, as the skies turn crimson announcing the hour of doom. The Demon God has returned and has unleashed his fiends across the lands corrupting it. As he wakes up from his sleep, Adlet finds a weird symbol on his right hand symbolizing that he has been chosen as one of the Braves who will attempt to take down the Demon God. As he comes to his senses and realizes his destiny taking shape in front of him, Princess Nashetania greets him outside his cell and flaunts her own symbol. With a brilliant display of her skills, she guides her deadly blades in such a manner that the bars holding back Adlet are broken, enabling him to escape while trapping the guards in the process. They both quickly make their way out of the castle in order to escape and meet their destinies, which shine bright like the golden sun.

On their way to the designated place where the Braves meet, which is at the entrance of the land of the Howling Demons, Adlet and Princess Nashetania get to know each other better and begin to develop a soft corner. When they arrive at the entrance though, they find themselves in the company of seven chosen ones, instead of six. This has never happened before and trusting the prophecy, they deem one of them to be fake. That being the only logical explanation, they start making their way to the Demon God while trying to figure out who the impostor is. It is very much possible that the fake is working with the Demon God and actively trying to disrupt their plan. This is where the plot thickens and within a span of 12 episodes, it becomes a monumental mystery that intrigues viewers till the end.

Adlet Mayer: The self-proclaimed ‘strongest man in the entire world’, Adlet is the main protagonist of the story. In a dramatic turn of events, he actually lives up to his name. Seldom do we see characters living up to their claims in the anime universe and this for once is a welcome change. He actually is the strongest man in the entire world, not only physically but also mentally. When asked how he knows that he is the strongest man, he simply reverts that he just knows. It’s that simple! He simply knows that he will be able to take down anyone that stands in his way and this determination combined with his confidence and arrogant nature actually makes him the strongest one.

Having been trained the majority of his life under his master, who taught him a unique fighting style perfect for defeating the Demon God, he arrives at the castle to display his skills. However, he is taken prisoner instead and is locked up until he is actually chosen by the Goddess of Fate as one of the Brave Ones. He is not adept at any one fighting style but actually uses his brains in order to counter his opponents effectively, often catching them off-guard and out of breath. Now, as one of the chosen ones, he travels to the land of the Howling Demons in order to fulfill his childhood dream, which is to take down the Demon God and establish himself as the ‘strongest man in the entire world’ once and for all.

Nashetania Loei Piena Augustra: A saint, and the princess of Piena, she possesses the deadly power of conjuring blades out of thin air and directing them at her foes. Accidentally becoming the champion the year before the appearance of the Demon God, she feels remorse and guilt for not winning it fairly. However, as she has also been chosen as one of the ‘Braves’, she is excited about the prospect and can’t wait to show off her skills and finally redeem her victory. Extremely cunning yet friendly and full of joy, she often has the ability to subdue her foes even before they can see what hit them. She begins her journey with Adlet as one of the chosen ones to the land of the demons and actually gets very attached to him, much to the jealousy of a few others.

Fremy Speedraw: Fremy is an extremely intriguing character who is hell-bent on taking on the Demon God by herself. This leads to very unsettling interactions early on with other Braves such as Adlet, whom she tries to kill. For the sake of not giving away any spoilers, we won’t delve much further into the details of this character, but it happens to be one of my favorites and definitely one to look out for in Season 2.

Goldof Auora: She is an extremely skilled fighter and a knight of the empire, who is solely devoted to protecting the princess after being rescued by her in his youth. He wields a fierce spear that can penetrate the hardest of armors and uses this to immense precision. He also has a soft corner for the princess and is jealous of Adlet for being so close to her.