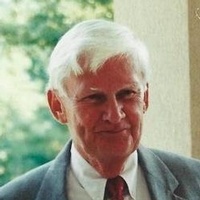 The new episode of A & E’s ‘Accused: Guilty or Innocent’ looks into a car accident that happened in 2016. While with such accidents, verdicts are more or less predictable, it wasn’t really the case with this one.  In July 2016, Jason McCombs was driving his 2011 Lincoln SUV down the eastbound side of Texas 71 but soon ended up on the westbound side, crashing into a 2005 Suzuki Aero, which was driven by Perry Greaves, who was 58 years old at the time. The impact of the collision resulted in the immediate death of Perry Greaves’ father, Roland Edwin Greaves, who was 87 years old. He was sitting on the passenger’s seat.

The cars immediately caught fire following the accident, which is believed to have occurred sometime after 3:30 PM. Though both Jason McCombs and Perry Greaves sustained injuries due to the accident, McCombs’ injuries proved to be more life-threatening. Though he overcame the accident, he was left with multiple broken bones and lacerations that left him confined to his bed, unable to talk. He was also in a coma for a long time.

Roland Edwin Greaves was a widower, who was just recovering from a cataract surgery at the time. His son, Perry Greaves, who was living in Brooklyn at the time, had come down to help his father with daily chores and things he wasn’t able to do. The father of five children was also an avid golfer. After his death, he was laid to rest with his wife, along with his military honors in Fort Sam Houston National Cemetery.

The accident made a compelling case against Jason McCombs, who was indicted with manslaughter and two counts of aggravated assault. However, the verdict came in favor of McCombs, with the jury believing that he was innocent. The Greaves family obviously, made their feelings known after the trial, in which they said: “In our opinion, the state proved its case beyond any doubt. The facts as they were presented, supported the requirements of the law, as explained by the judge…The defense presented a very compelling and emotional testimony by Mr. McCombs that may have swung the jurors away from a fact-based decision.”

Austin Shell, the defense attorney, said: “Even though we won and we were very happy for Jason, it’s bittersweet. At the end of the day, a very good man, Roland Greaves, lost his life prematurely, and Perry Greaves will never be the same.” While Perry Greaves held on for years, he passed away in December 2019 due to an infection. Greaves’ brother had even created a Go Fund Me page to raise funds that would help with his brother’s treatment and support his family. The case thus ended in two tragic deaths. (Feature Image Credit: Greaves Family/ Putnamcares.com )