10 Best Movies of Rooney Mara You Must See 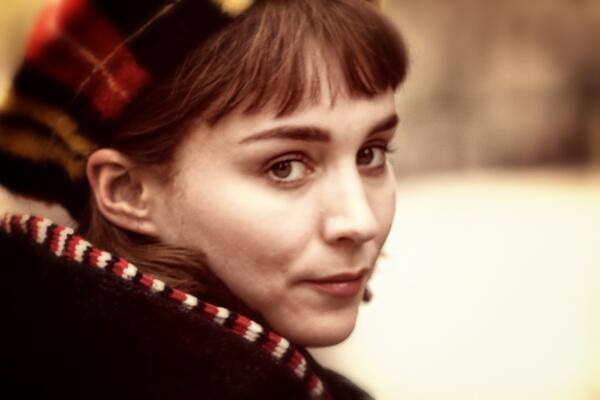 Rooney Mara began her acting career with small parts on popular TV shows (“Law & Order, “ER”) and small independent films. In 2010, she was discovered by David Fincher, who gave her a key cameo role in “The Social Network”.

A year later, she was the lead in “The Girl With the Dragon Tattoo”, another film directed by Fincher, and an adaptation of the crime bestseller by Stieg Larsson. The film was very well received, granting her first Oscar nomination.Until now, she collaborated with respected directors such as Terrence Malick, Todd Haynes, Steven Soderbergh, Spike Jonze, Joe Wright and much more.

Mara has an extraordinary talent with great chameleonic ability, she already proved she can play anti-heroes and villains, a coming of age heroin or sweet girl in a romantic story. Here is the list of top 10 movies of Rooney Mara. 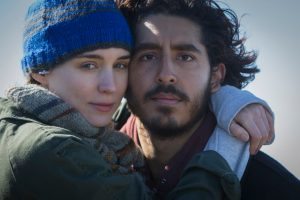 A five-year-old Indian boy, Saroo Brierly, gets lost on the streets of Calcutta, thousands of kilometers from home. He survives many challenges but, in the end, he is finally adopted by a couple in Australia. Twenty-five years later, he realizes he needs to find his lost family and stop ignoring his roots.

Rooney Mara plays Lucy, a colleague and eventually girlfriend of the protagonist. She is the main reason why Saroo searches for his family. Although a subtle short role, Mara still captures our attention because of her consistent and interesting performance.

In this thriller, a scientist (Robert Redford) uncovers scientific proof that there is indeed an afterlife. His son (Jason Segel) is not too convinced about this “discovery”, so he goes to meet his father and his brother. On the way, he meets Isla (Rooney Mara), a mystery woman who wants to know more about the afterlife.

The acting is pretty good and the subject is very interesting but Rooney Mara certainly stands out because of her character’s mysterious past. Although not the best performance by the actress, it still deserves a lot of attention. 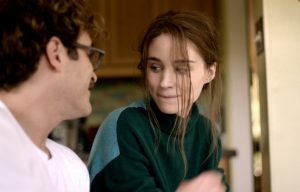 Theodore Twombly (Joaquin Phoenix) is a middle-aged man whose job is to pen deeply personal letters to strangers. He is getting divorced from Catherine, played by Rooney Mara. As the film goes on and Theodore deepens his relationship with his OS, Samantha (Scarlet Johansson), we see flashbacks from his past relationship with Catherine. Their relationship was magical at the beginning but disintegrated quickly.

Even though she is mostly in the shadow of Joaquin Phoenix’s and Scarlett Johansson’s moving performances, Rooney Mara still manages to steal every scene she enters.  Like in “The Social Network”, she is the voice of reason that critiques the protagonist in a way that really gets to him. 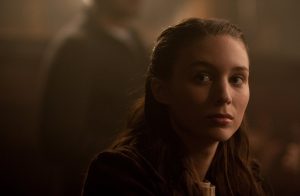 This is considered the turning point of Rooney Mara’s career. Despite being a small role she managed to create a good impression on the viewers and in the director, David Fincher.

Mara plays Erica Albright, a Boston University student and girlfriend of Mark Zuckerberg. She is immediately likable because of the way she communicates with Eisenberg. Her emotions come across as truly genuine, despite the little knowledge we have about the character. This only happens due to the amazing work of Mara.

What is so impressive about it is the fact she manages to take control of the scene in a very quiet, but intimidating way. A small role that captures what a great actress she is. 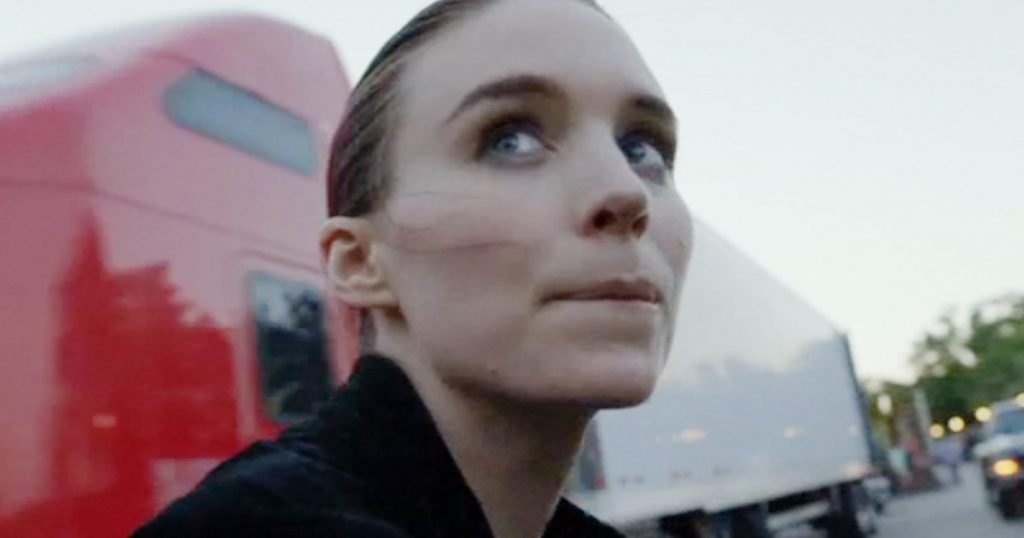 “Song to Song” is a film about the characters and their constant battles with themselves. We follow two connected couples related with the music scene in Austin, Texas. We follow them through their spiritual journey, trying to get out of this self-destructive vicious cycle.

Rooney Mara plays the leading character in the film and we follow her, Faye, through her journey of self-discovery. Despite being surrounded by very famous actors and actresses with established careers (Cate Blanchett, Natalie Portman, Ryan Gosling, Michael Fassbender), she still shines and does a wonderful job. 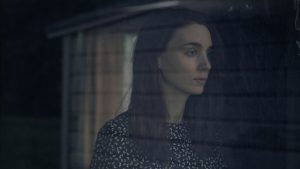 “A Ghost Story” tells the story of a young couple (Casey Affleck and Rooney Mara) who buy a home and plan to start a life together. However, tragedy strikes and the man suddenly dies. As a ghost, he starts haunting the house, becoming trapped in it. Although not a film for everyone because of its experimental plot and different storytelling techniques, it is still a beautiful and heart-wrenching film.

Rooney Mara performs one of the most interesting scenes in the movie. Her character is dealing with the death of her husband after she arrives home from seeing his body. She receives a pie from a friend, grabs a fork, sits on the floor and starts to stress eat until she throws up. This scene lasts for 6 or 7 minutes, which ends up feeling like an eternity. This actually feels so real because in real life there are no cuts or fast paced moments in these situations. Mara perfectly captures what feels to lose somebody and that you eventually move on.

Bob (Casey Affleck) and Ruth (Rooney Mara) are outlaws who run into trouble and Ruth ends up shooting and wounding a police officer. To protect his pregnant wife Bob accepts the blame. After a few years, Bob escapes from prison and heads in the direction of home, determined to see his daughter and wife.

As Ruth, Mara gives us a moving, heart-warming take on a young woman who must embrace parental responsibility and maternal instinct over her desires. With this conflicted character, the actress is able to show us one of her strongest qualities: the capacity to create intensity without big dramatic gestures. Her acting is restrained and subtle in conveying deep anger, especially in the first part of the movie. 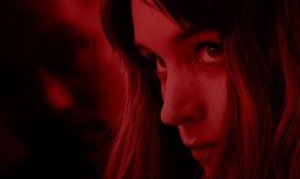 Directed by Steven Soderbergh, in “Side Effects”, Mara plays Emily, a young but troubled woman who is married to Martin (Channing Tatum), who was convicted for insider trading and has recently been released from prison after four years.

She suffers from depression and her life is on the verge of total collapse. To try to fight it, Emily starts taking a new pill called Ablixa. The drug brings back her confidence but at expense of several side effects.

This is the most underrated Rooney Mara’s performance, probably because the film is also highly underrated. Mara not only perfectly portraits depression and its effects on the human mind but also does a wonderful job in the second part of the film where her character becomes very creepy and magnetizing. This complex role gives Mara the opportunity to show how she is a diverse actress.

Lisbeth Salander is an antisocial, defiant, bisexual hacker that lives in the dark world of serial killings, incest and corruption.

Mara completely changed her physical appearance for this part. She dyed her hair black; pierced her ears four times, pierced her lip, brow, nose, and nipple; bleached her eyebrows and wore a temporary tattoo. She also learned how to ride a motorcycle and used a Swedish accent to stay true to the original story.

Salander is very silent and finds it hard to express her feelings, passing as cold most of the time. She can also be intimidating because of the rage and darkness she has inside. Mara manages to bring this complex character to life in a fantastic performance. She can silently express the rage and vulnerability, commanding every scene.

She was nominated for her first Golden Globe and Oscar with this film. 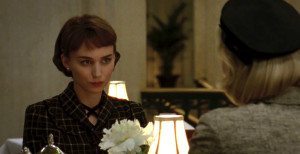 The role of Therese, a  young girl and aspiring photographer who falls for an older, married woman in 1950s New York, is in our opinion the best performance of Rooney Mara until now. Directed by Todd Haynes, “Carol” is about two repressed lesbians in the 50s but also about a beautiful and poignant love story.

Mara’s performance is subtle but powerful, granting her a second Oscar nomination. One of the most impressive things about it is how she manages to show us so much by doing so little. Using only her body language, Mara can show us a range of emotions. Her every gesture, glance, stare, and voice are necessary to portrait a relationship that cannot be acknowledged in public.

The chemistry between her and Cate Blanchett is extraordinary, making the scenes that they share together heartbreaking.